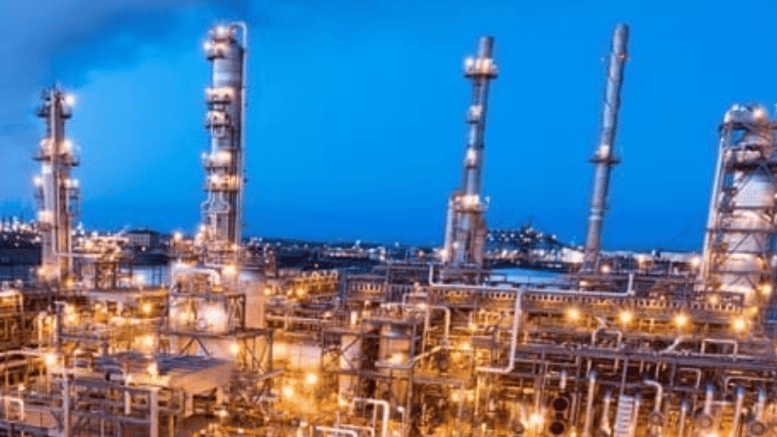 Please Share This Story!
PDF 📄
As refineries close due to obsolescence or sabotage, the policy war against them virtually assures that they will never be reopened; and there hasn’t been a new refinery built in 50 years. The multi-generational war on oil will eventually force combustion engines into oblivion as prices of remaining products continue to rise. ⁃ TN Editor

The comments were made to the U.S. Energy Secretary at a recent White House meeting with energy executives, Reuters reported on Tuesday.

“The one interesting thing that came out of it, too, was there was consideration for the ability to restart refining capacity that had been shut down, and I think the general sentiment was that wasn’t going to happen,” Gorder said.

US refinery run rates were north of 90% for much of the summer, according to the EIA’s Weekly Petroleum Status Report.

Shuttered refineries unlikely to start back up are the latest nail in the U.S. refinery coffin. In June, Chevron CEO Mike Wirth posited that there would never be another new refinery built in the United States.

Oil and gas companies would have to weigh the benefits of committing capital ten years out that will need decades to offer a return to shareholders “in a policy environment where governments around the world are saying ‘we don’t want these products to be used in the future,’” Wirth added.

Refinery utilization in the United States for the week ending October 14 was 89.5% of their operable capacity, the most recent EIA data shows.

We have some of the largest refineries in the Corpus Christi, Texas coastal area that has been there since before I was born almost 80 yrs ago. To think our Governor Abbott is doing nothing about this is unbelievable. However, since he is a member of WEF, I’m sure this is why. Voters don’t seem to know the truth about this guy and why they keep voting him into office every time he runs. This is another reason we have border problems because he has never done anything about it. I can see why knowing he is married to a… Read more »