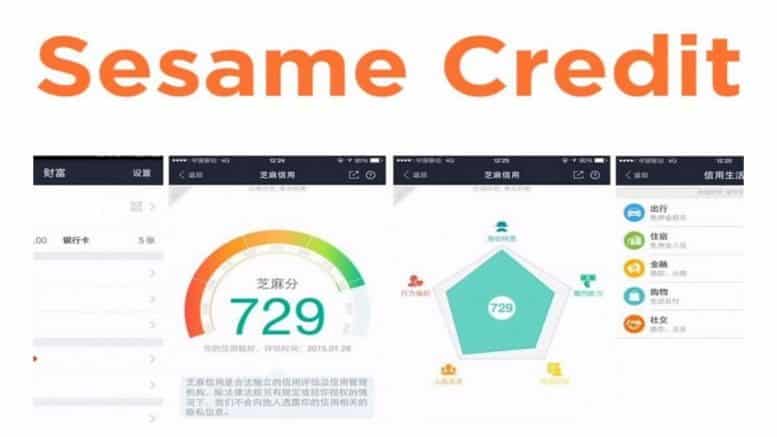 Please Share This Story!
PDF 📄
I have warned that America will walk in China’s footsteps on Scientific Dictatorship because our citizens simply don’t understand it. Time is running out to say “No!” ⁃ TN Editor

Have you heard about China’s social credit system? It’s a technology-enabled, surveillance-based nationwide program designed to nudge citizens toward better behavior. The ultimate goal is to “allow the trustworthy to roam everywhere under heaven while making it hard for the discredited to take a single step,” according to the Chinese government.

In place since 2014, the social credit system is a work in progress that could evolve by next year into a single, nationwide point system for all Chinese citizens, akin to a financial credit score. It aims to punish for transgressions that can include membership in or support for the Falun Gong or Tibetan Buddhism, failure to pay debts, excessive video gaming, criticizing the government, late payments, failing to sweep the sidewalk in front of your store or house, smoking or playing loud music on trains, jaywalking, and other actions deemed illegal or unacceptable by the Chinese government.

It can also award points for charitable donations or even taking one’s own parents to the doctor.

Punishments can be harsh, including bans on leaving the country, using public transportation, checking into hotels, hiring for high-visibility jobs, or acceptance of children to private schools. It can also result in slower internet connections and social stigmatization in the form of registration on a public blacklist.

China’s social credit system has been characterized in one pithy tweet as “authoritarianism, gamified.”

At present, some parts of the social credit system are in force nationwide and others are local and limited (there are 40 or so pilot projects operated by local governments and at least six run by tech giants like Alibaba and Tencent).

Beijing maintains two nationwide lists, called the blacklist and the red list—the former consisting of people who have transgressed, and the latter people who have stayed out of trouble (a “red list” is the Communist version of a white list.) These lists are publicly searchable on a government website called China Credit.

The Chinese government also shares lists with technology platforms. So, for example, if someone criticizes the government on Weibo, their kids might be ineligible for acceptance to an elite school.

Some Western press reports imply that the Chinese populace is suffocating in a nationwide Skinner box of oppressive behavioral modification. But some Chinese are unaware that it even exists. And many others actually like the idea. One survey found that 80% of Chinese citizens surveyed either somewhat or strongly approve of social credit system.

Many Westerners are disturbed by what they read about China’s social credit system. But such systems, it turns out, are not unique to China. A parallel system is developing in the United States, in part as the result of Silicon Valley and technology-industry user policies, and in part by surveillance of social media activity by private companies.