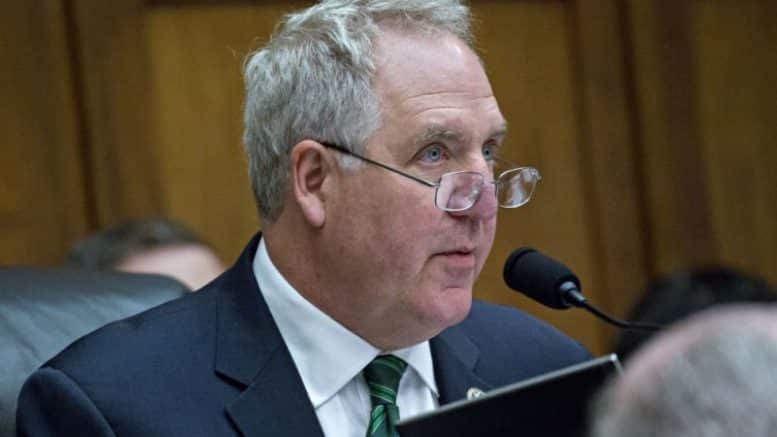 Rep. John Shimkus (R-IL) used to forcefully fight against climate change fanatics. Now he says, “It’s just not worth the fight anymore.” Such surrender is spreading among Republican and conservative ranks. ⁃ TN Editor

Representative John Shimkus once issued a forceful rejection of climate science at a congressional hearing, invoking the Bible and declaring that “Earth will end only when God declares it’s time to be over.”

Last month, in a turnabout, the Illinois Republican signed onto a letter with the top Republican of the House Energy and Commerce Committee that said “prudent steps should be taken to address current and future climate risks.”

“It’s just not worth the fight anymore,” Shimkus said in an interview when asked about his changing stance on climate change. “Let’s just see what we can do to address it and not hurt the economy.”

Shimkus is among a number of Republicans who — after years of sowing doubt about climate change or ignoring it altogether — are scrambling to confront the science they once rejected. They are planning hearings on the issue, pledging to invest in technologies to mitigate its impact and openly talking about the need for taking action.

The shift in posture follows the public’s growing anxiety after catastrophic hurricanes, flooding and wildfires linked to global warming. Fully 74 percent of registered voters think global warming is happening and 67 percent said they are worried it, according to polling conducted by Yale Program on Climate Change Communication. Among conservative Republicans, just 42 percent think global warming is happening but that is up five percentage points since a poll taken in 2017.

Moreover, Democrats have seized the issue with populist fever — even proposing a sweeping plan to phase out climate-warming gas emissions through a “Green New Deal.”

“Members are openly using the term climate change,” Republican Senator Lisa Murkowski, from oil-rich Alaska, said of her GOP colleagues. “You are not seeing this kind of dismissive attitude but more open conversations about some of the challenges, some of the technologies we can look to, some of the solutions.”

To be sure, the party hasn’t gone completely green. It hasn’t passed any major proposals to combat climate change and generally supports Trump administration policies to roll back environmental regulation.

“It’s a baby step forward,” said Tiernan Sittenfeld, a senior vice president with the League of Conservation Voters. “It remains to be seen whether they are sincere or whether they are just starting to engage in deceitful rhetoric.”

Murkowski, who chairs the Senate Energy and Natural Resources Committee and has long acknowledged climate change, has scheduled the panel’s first hearing on the topic in years, focused on electricity generation. Additional GOP controlled-committees plan to follow with a focus on greenhouse gas emissions, Murkowski said. “It is very much a multicommittee effort,” she said.

In addition to Murkowski, other Republicans have been meeting in small groups to come up with a strategy on the issue: Senators John Cornyn of Texas, Cory Gardner of Colorado, Susan Collins of Maine, Bill Cassidy of Louisiana, Thom Tillis of North Carolina, Rob Portman of Ohio, Lindsey Graham of South Carolina, and former 2012 presidential nominee Mitt Romney, now a senator representing Utah.

“There is a growing consensus on our side that man-made emissions are contributing to global warming, that the ‘green deal’ is absurd, and we should be able to find a more appropriate solution to the problem,” Graham said in an interview, adding he had recently been discussing the issue with Romney, who has called climate change a critical issue.