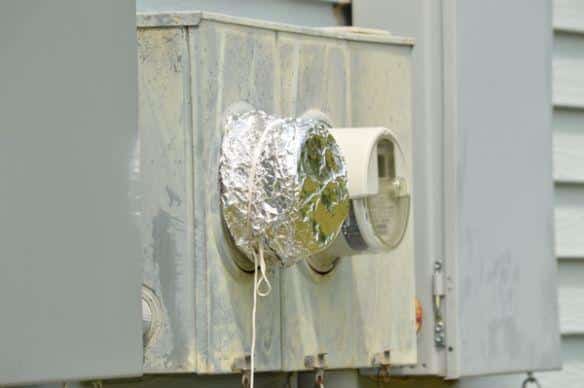 Please Share This Story!
PDF 📄
TN Note: The sole promise of Smart Meters has been that they will result in lower utility bills for customers as more efficiency is achieved as the utility “balances the load”. This article is typical of stories that have been heard all across America. Smart Meters are a scam to drive rates UP, not DOWN.

Smart Meters are causing electrical bills in Claremore to jump as high as 500 percent, according to one resident who claims she paid more than $1,500 in one month.

“Our lowest has been $880,” Taylor said in an interview with Red Dirt Report.

Before the Smart meters went in, Taylor said her electric bills were never more than $300. In fact, she said the family has taken several conservation steps, including new wall and attic insulation, the installation of double-pane windows and a five-minute time limit on showers.

“I don’t know how much more energy efficient we could be,” she said.

However, Claremore City Manager Jim Thomas said the stories aren’t true and the bills are reflective of electrical use, not inaccurate Smart neters.

“Every resident who has come in to see us, and we’ve probably talked to 50 or so, we have looked at their bills and done a comparison to June, July and August of 2014 to the same months in 2015. The analysis doesn’t add up. It’s not as big a problem as being communicated on social media. The bills may have gone up a little bit, but it hasn’t been two, three or four times what it was.”

Thomas suggested Red Dirt Report give him an electrical customer’s name and he would look up that account to demonstrate bills haven’t increased dramatically.

Taylor doesn’t believe that and neither do her neighbors, some who use candles and flashlights at night to avoid electrical use. Other Claremore residents like Kathleen Bratton-Batts and Charlie Abbott have been vocal on social media about their problems.

“What a joke!!! I know we are not the only ones that had a bill over $1,000 and the other two were not as bad but $597 and $547 is still crazy,” Bratton-Batts wrote on the Facebook page Claremore Electric Petition. “Our electric was blinking or going out up to 5 to 10 times a day and the transformer finally went out. They just replaced it a few days ago.”

Abbott posted on the same Facebook page, “I’ve been quiet and not rude but I am starting to get really pissed. Just last week a power surge took out my alarm system and during my meeting they promised me they would help. Took my phone number and not one damn word from them.”

The outspoken Taylor, a registered nurse, has become the voice of many Claremore residents who are afraid to speak against city officials and their decision to install the Smart meters.

“Probably two-thirds of the town has seen an increase,” she said. “We have elderly people cancelling Medicare so they can afford their electricity. Food banks are wiped out because people are paying their electric bills, but have no money left for groceries.”

“We have one elderly woman who is on Social Security and she had a $600 electric bill,” Taylor said.

Once that story hit social media, community members contributed and paid the woman’s bill plus an extra $150 that was credited to her account.

Taylor contends Claremore has the highest electric bills in the state.

“We are 26.6 percent higher than any other city or town and they (city officials) make a 48 percent profit off our electric bills,” she said.

Claremore Electric is the city’s public power source, delivering electricity from the Grand River Dam Authority to more than 11,000 homes and businesses.