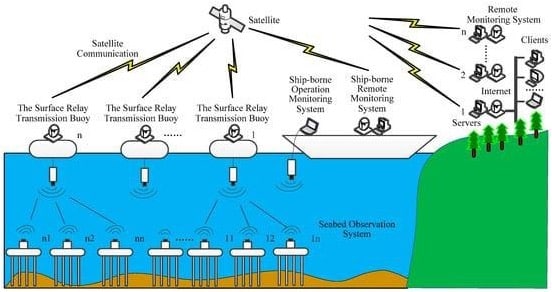 Posted By: via CellPhoneTaskForce January 13, 2022

Please Share This Story!
PDF 📄
Technocrats invent because they can, not because there is a demonstrated need or call to do so. High-speed communication such as 5G has penetrated land and space, but now Technocrats are focused on the oceans as well, to create “Smart Oceans” and the “Internet of Underwater Things” (IoUT). ⁃ TN Editor

In 2018, on land and in space, preparations to deploy millions of antennas were very publicly being made and advertised, for “5G,” “Smart Cities,” and the “Internet of Things.” At the same time, and without any publicity, governments, research laboratories, and commercial and military interests were collaborating on plans to create “Smart Oceans” and the “Internet of Underwater Things” (IoUT). They did not consult the fishes, whales, dolphins, octopuses, and other inhabitants of those depths.

In the United States, the National Science Foundation funded what it called the SEANet Project. The goal was to enable broadband wireless communication from any point on or in the oceans to anywhere else on the planet or in space. The Internet of Underwater Things is being designed to enable all the same communication capabilities that are being provided on land, including “real-time video streaming from underwater.”

In the last three years, a flood of papers have been published by scientists and engineers in the U.S., China, Pakistan, Qatar, South Korea, Spain, Australia, Greece,

Some of the activities that supposedly “need” this technology in the oceans are:

The infrastructure that is beginning to be deployed, throughout the oceans, includes:

Communication being more difficult to accomplish underwater than through the air, and more subject to interference, several different types of communication media are being used in the oceans to send data at different speeds and over different distances. Acoustic waves, radio waves, lasers, LED light, and magnetic induction are

all being used to flood the oceans with data. An underwater GPS system is being developed. Most of these media work only for short- to medium-range communication. Long-range communication relies on acoustic waves, and is similar to the technology used in ocean sonar.

These technologies are already being marketed commercially and installed in the world’s oceans today. At the 2022 Oceanology International conference, which will be held in London from March 15 to 17, dozens of these companies will be exhibiting their products.

WaterLinked sells underwater sensor technology through distributors around the world for use in aquaculture, and in underwater navigation. “Our Wireless Sense™ technology enables reliable wireless communication and innovative subsea sensor solutions,” says their website.

SonarDyne International sells underwater acoustic modems to the oil and gas industry and to governments and navies.

Mediterraneo Señales Maritimas sells “data buoys that integrate sensors through our datalogger so the data can be transmitted to a remote station and displayed on our software.”

“Underwater robots swarm the ocean,” says a page on the website of the Woods Hole Oceanographic Institute. The Institute has developed an acoustic-based navigation system that is enabling large numbers of underwater robots to work together. “Instead of using just a single, larger and more expensive underwater robot to cover an area of the ocean, we want to have hundreds or even thousands of smaller, lower-cost robots that can all work in sync,” says their webpage.

Ocean protection organizations have long been campaigning against noise pollution in the oceans, but they are only beginning to be aware of this new type of assault, which has the potential to dwarf all previous noise assaults in its scope and magnitude. For example, one of the campaigns of the environmental organization, Sea Shepherd, is “Silencing the Deafening Roar of Ocean Noise Pollution.” They write:

“In 1953, Jacques Cousteau published a classic memoir on his early days of underwater exploration. He titled this book The Silent World. Today, human activities make a mockery of that title. Over the past several decades, marine noise pollution has grown at an exponential rate. Noise from vessel traffic is doubling every decade. Pile-driving, dredging, sonar, and seismic exploration for oil and gas add to the cacophony. For marine wildlife, and especially for acoustically-sensitive cetaceans, this anthropogenic racket poses a grave and growing threat. Ocean noise pollution causes severe stress, behavioral changes, masking (i.e., difficulty perceiving important natural sounds), strandings, and noise-induced loss of hearing sensitivity.”

To this mix is now being added the Internet of Underwater Things, which is beginning to flood the oceans with sound in order to connect them to the Internet. And this sound will be pulse-modulated with the same harmful frequencies as radio waves in order to carry the same data. And to communicate over large distances, some of the underwater acoustic modems that are being marketed are capable of producing sound as loud as 202 decibels. That is equivalent to 139 decibels in air. It is as loud as a jet engine at a distance of 100 feet, and is above the threshold for pain in humans. These modems blast modulated sound at frequencies ranging from 7 kHz to 170 kHz, encompassing almost the entire hearing range of dolphins, which use sound for hunting and navigating.

Why underwater? Do they not care about killing the world’s oceans, which is exactly what they will do with this technology? NO, they do not. Do you actually believe this is about communication among humans? Think again. If you think out of the box, don’t cling to the sides, you will find the one answer that fits all the ridiculous things that are being incited, forced and installed in our world today. On the surface the reason would appear unbelievable. It is not. Our class of pernicious predators don’t plan on being on Earth much longer, but someone does. Apparently,… Read more »

More creep BS. Push ‘forward’ with your needless over-entitled techno-garbage.
First, bring back the starfish that your ‘system’ has obliterated from the Pacific Ocean. No need for more of your anti-live (evil) noise!