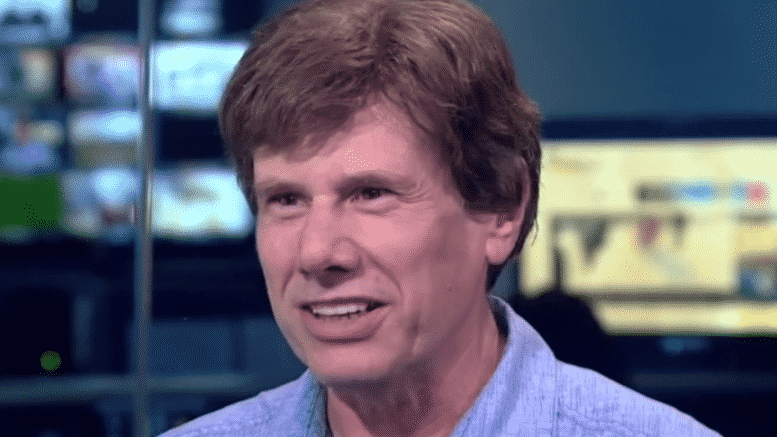 Please Share This Story!
PDF 📄
Snopes is a self-proclaimed fact checking business and has been a consistent source of misinformation itself, but nothing like its co-founder, David Mikklelson, who has just been exposed as a serial plagiarist and fabricator of news over many years.

Mikkelson’s defense is pathetic, positioning himself as a victim because he lacked formal training in journalism. Ostensibly, he would have had a better moral compass if he had earned a degree in journalism. More likely, he should be indicted for fraud and theft of intellectual property.

Corruption runs deep in the so-called “fact-checking” world, and Snopes is just the tip of the iceberg. ⁃ TN Editor

David Mikkelson, the co-founder of the fact-checking website Snopes, has long presented himself as the arbiter of truth online, a bulwark in the fight against rumors and fake news. But he has been lying to the site’s tens of millions of readers: A BuzzFeed News investigation has found that between 2015 and 2019, Mikkelson wrote and published dozens of articles containing material plagiarized from news outlets such as the Guardian and the LA Times.

After inquiries from BuzzFeed News, Snopes conducted an internal review and confirmed that under a pseudonym, the Snopes byline, and his own name, Mikkelson wrote and published 54 articles with plagiarized material. The articles include such topics as same-sex marriage licenses and the death of musician David Bowie.

Snopes VP of Editorial and Managing Editor Doreen Marchionni suspended Mikkelson from editorial duties pending “a comprehensive internal investigation.” He remains an officer and a 50% shareholder of the company.

“Our internal research so far has found a total of 54 stories Mikkelson published that used appropriated material, including all of the stories Buzzfeed shared with us,” Marchionni and Snopes Chief Operating Officer Vinny Green said in a statement.

“Let us be clear: Plagiarism undermines our mission and values, full stop,” Marchionni added. “It has no place in any context within this organization.”

Snopes told BuzzFeed News it plans to retract all of the offending stories and disable advertising on them. It will also append an editor’s note of explanation to each.

Said Mikkelson, “There is no excuse for my serious lapses in judgement. I’m sorry.”

“So I was browsing the news and came across an article on the CBS News web site about a horrific crime involving a Memphis woman charged with killing four of her children by slitting their throats with a butcher knife: Hmm, I wondered, as I pondered the headline (“Memphis mom charged with grizzly butchering of 4 of her kids”), did this woman murder her children in bear-like fashion? Or was the mother of extremely advanced age?”

Meet Jeff Zarronandia. During a brief but memorable career, his byline, which linked to a bio detailing his Pulitzer Prize and his skill at mule-skinning, appeared on at least 23 Snopes articles on topics like Donald Trump’s financial woes and false rumors about Hillary Clinton. His reporting made enemies of hoaxsters and fabulists across the political spectrum, including former Trump campaign adviser Roger Stone and the late “fake-news kingpin” Paul Horner, both of whom were unaware of his true identity.

“It’s just a David Mikkelson alt,” Snopes’ former managing editor Brooke Binkowski explained when BuzzFeed News inquired. “He used to write about topics he knew would get him hate mail under that assumed name. Plus it made it appear he had more staff than he had.”

Between 2015 and 2019, Mikkelson regularly plagiarized reporting from other news outlets in an effort, he said, to scoop up traffic.

In an interview with BuzzFeed News, Mikkelson attributed this behavior to his lack of formal journalism experience. “I didn’t come from a journalism background,” he said. “I wasn’t used to doing news aggregation. A number of times I crossed the line to where it was copyright infringement. I own that.”

In an explanation about the website’s practices, Snopes informs readers that it “follows all industry guidelines for transparency in reporting” adding, “we think being transparent with readers is the coolest.” But the fact that Zarronandia was in fact Mikkelson was not disclosed anywhere on the site. Following BuzzFeed News’ inquiry, the Zarronandia author page has been removed, and the Zarronandia byline has been replaced with “Snopes staff.”

Founded in 1995 by Mikkelson and his then-wife, Barbara Hamel, Snopes bills itself as “the internet’s definitive fact-checking site,” and is a two-time Webby Award winner cited by the likes of the New York Times and the Washington Post. It served as one of Facebook’s fact-checking partners between December 2016 and February 2019. But in recent years, the site has been troubled by a bitter ownership dispute.

I fact checked this article and it turns out that the concern that is expressed by those involved is, in fact, not a fact.

In a word, they don’t care. They do it ALL on purpose. You can’t be that corrupt by accident.

“You can’t be corrupt by accident.” Spot on!

“I wasn’t used to doing news aggregation. (wah, wha, wha) A number of times I crossed the line to where it was copyright infringement. I own that.” (What a whinner.)

Snopes has been revealed before as not-a-fact-checker but a lie-concealer in unwavering support of the FakeSM and the predator corporations that surround it. So, no news here.

I first would like to say, in high esteem, I admire the work of Technocracy News. I am blessed, truly, that in mid-2020, at the height of the lockdowns (first round), I came across this site.

Now: what type of fashy transformation is happening at BuzzFeed News? Circa 2020 and prior, they never would report a story exposing a fellow leftist outfit?

Isn’t it amazing that they are eating one of their own?

I guess Mikkelson’s humanism wasn’t enough to keep him on the straight and narrow. Funny that..

He is just CREEPY!!!! Looks like he needs to have ‘PEDO’ tattoo’d across his forehead!

Go to snopes type in 911 controlled demolition……..try it