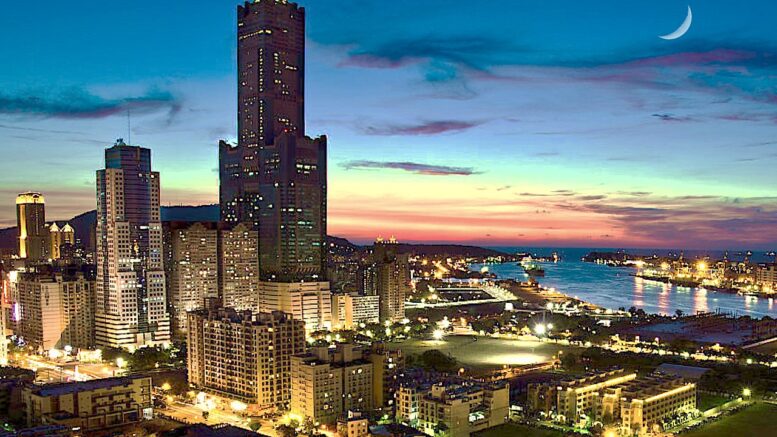 Please Share This Story!
PDF 📄
The writer states, “Technocracy has become a ubiquitous feature in the national pandemic response.” While the world recognizes Technocracy as the natural enemy of other forms of government, the United States populace remains largely clueless. ⁃ TN Editor

During the COVID-19 pandemic, political influence has been transferred to the hands of unelected scientific experts as governments worldwide have rushed to address the immediate threat of the virus.

This has had its benefits, but as a result, democracies have been transformed into technocracies during the global pandemic, especially when it comes to health policy. Driven by the need to address a genuine public health threat, a technocracy is arguably more agile, more responsive in coordinating essential health delivery services, and more able to draw upon available scientific evidence to inform national pandemic responses.

However, the pandemic is more than a public health crisis, as the United Nations has recognised. It is also a humanitarian crisis, and governments relying on health technocrats for decision-making can be prone to overlooking the structural inequalities that create particular vulnerability to COVID-19.

Taiwan’s pandemic response exemplifies the strengths and weaknesses of this type of governance. Lauded as the ‘gold standard’ for pandemic management, Taiwan has earned international praise for the country’s relative successful response when the pandemic first broke out.

However, a cascade of missteps beginning in late April 2021 resulted in the worst outbreak Taiwan has seen so far. While it remains small compared with much of the world – having recorded just short of 800 deaths – that Taiwan’s streak was broken highlights the weaknesses of a technocracy. Lessons from Taiwan’s outbreak, and how it managed to get on top of it, could offer valuable insights into this form of government during a global pandemic.

From a public health viewpoint, technocracy as a form of governance functioned extraordinarily well for the first 500 days of the pandemic in Taiwan. For almost 16 months, there was no significant local transmission. With its COVID-19 taskforce consisting of experts with public health and medical backgrounds, science drove Taiwan’s mitigation strategy during the first year of the pandemic with great success.

This scientific expertise led the government to a proactive approach, focused on risk-based border control and digitally assisted contact tracing, along with population-based interventions like universal mask wearing and distancing guidelines. Through an open and transparent pandemic response with daily briefings, the government engendered trust and support from the public for all of 2020 and the first half of 2021.

Then, in late April 2021, a cluster of locally transmitted cases erupted. Between 14 and 15 May, cases increased six fold, from 29 to more than 180, catching the public by surprise. Beginning in mid-May, the country introduced a semi-lockdown, school-aged students moved to online learning, and the government encouraged remote work where possible to break transmission chains.

While the number of confirmed cases remained relatively low by international standards, the outbreak quickly overwhelmed health systems in two major cities during its peak.

Most importantly, policy missteps preceded the outbreak, such as the shortening of quarantine for flight crews from five days to three, infection control breaches at quarantine hotels, and low uptake of vaccination amongst first responders. In addition, the proliferation of disinformation and fake news on vaccines and COVID-19 have polarised public opinion and undermined solidarity.

At the same time, Taiwan also faces additional challenges largely as a function of geopolitics, and tensions with China have obscured Taiwan’s vaccine procurement, according to the government.

Further, the Taiwanese government also operates without the technical support or resources provided by the WHO to its member countries. Likewise, the full vaccination rate in Taiwan remains low, in part because of shortage of vaccines, though it is rising steadily.

While Taiwan has largely gotten on top of its outbreak, how it happened underscores the weaknesses of this form of governance.

Technocracy has become a ubiquitous feature in the national pandemic response, but decisions made by technocrats are not without blind spots. For instance, one of the initial clusters, spread in tea parlours – some of which functioned as adult entertainment venues – was overlooked as a potential hotspot.

My heart fills with unbridled rage at everyone who makes this possible Including the NWO sycophants who gladly chose slavery to feel safe from a glorified flu.
Trying to secure a food supply. I will not share a bite with anyone who supports this nightmare. No one else should. Let them eat masks.

It was the flu. No more people died in 2020 than any other recent year. All the plandemic’s plotters had to do was move normal, expected flu deaths over to a new column called “covid” and then hype that statistic 24/7. I’m expecting that to be used as a defense in any new Nuremberg tribunals. Genocide is a crime against humanity; psy-ops are not. Yet.

I have shown others the coffin liners by the millions several years ago and the cadaver bags are now on pictures and video as of a few months ago. There have been floating prisons similar to camp X-ray in Guantanamo for a few years and increasing. Now the middle of the end game of snitches and our gulags https://www.goarmy.com/careers-and-jobs/browse-career-and-job-categories/legal-and-law-enforcement/internment-resettlement-specialist.html

I’ve done my best to inform.

What can we do?
They hold all the power.
They will do whatever they want with us. We are too scattered and few to defend ourselves. And a single gun when armed troops knock on your door will not do the trick.

Democracies always lead to tyranny as it’s ALWAYS the majority that falls for the propaganda of the serpent. Only a remnant are given eyes to see. Look at the braindead masses of USA. Do you really want to hand over your consequences to these buffoons? They are riddled with fear not logic and understanding. None could define their enemy. If you don’t know who you are or who your enemy is, you will lose every battle.

You wrote “ In addition, the proliferation of disinformation and fake news on vaccines and COVID-19 have polarised public opinion and undermined solidarity,” but then linked to a piece describing ONLY disinformation hyping the pandemic.
This makes your own statement ‘misinformation’.

You are ignorant of the purpose of this site, which is to demonstrate from THEIR writings what Technocracy entails. If you can’t stand the heat, then you need to get out of the kitchen.