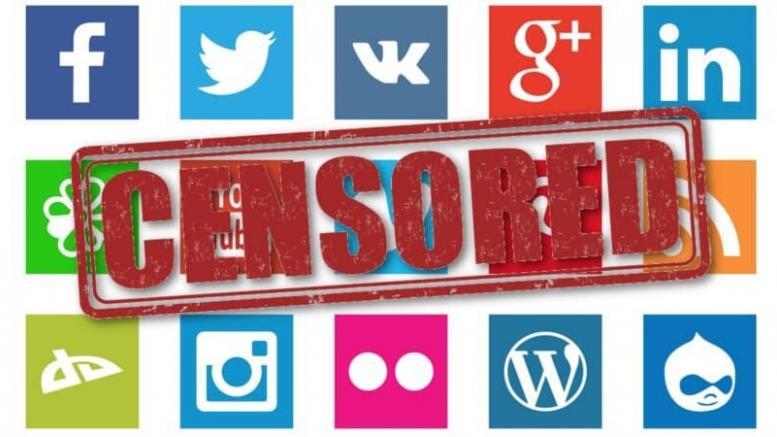 Please Share This Story!
PDF 📄
Technocrats love Antifa because it promotes the destruction of the status quo, out of which Technocracy will rise. Big Tech’s radical bias is so blatantly obvious that they seem not to care whether anyone has figured that out or not ⁃ TN Editor
.

West remarked, “What infuriates me more than anything else is that these social media platforms are being used by groups like Antifa and Black Lives Matter to organize, to get out their orders and instructions, but when we had everyday Americans that wanted to have rallies about the unconstitutionality of these stay-at-home orders and the lockdowns and shutdowns — I call it illegal martial law and house arrest — Facebook and Twitter threatened to censor them … Mark Zuckerberg and Jack Dorsey need to stop making decisions based upon their ideological agendas.”

“[The killing of George Floyd] was heinous,” West stated. “It was offensive. It was evil. It was tyrannical and despotic to see someone put their entire weight in their left knee on the carotid artery of a man who was handcuffed, and his crime was forgery — $20 bills — not armed robbery, not attempted murder, or aggravated assault. So, he was not armed or any danger to any of those four police officers that were there around him.”

West continued, “There is no excuse for what we see happening in America. It just goes back to the Rahm Emanuel mantra of never letting a good crisis go to waste.”

“Antifa is a domestic terrorist group,” West declared, “and we need to peel the onion back. We need to find the leadership. We need to find the resourcing. Black Lives Matter is no better. Black Lives Matter does not show up in Chicago or any of the other major urban population centers across the country run by Democrats, where you see black-on-black crime. They say nothing about the atrocious fact that 20 million black babies have been murdered in the womb thanks to Planned Parenthood, which was founded by a white supremacist and a racist.”

West went on, “I see people cherry-picking and using the theme of racism and being a racist to fit an ideological agenda, and we have got to have strong voices to stand up and push back against this. If we cannot maintain law and order in our streets, then we’re going to see the undermining of our constitutional republic.”

“We now have a domestic enemy,” West said. “We have an enemy that, without a doubt, has declared that they want to undermine this constitutional republic. They want to replace it with a governing system that is completely different.”

West added, “We cannot have these seditious organizations and groups that are running amok in the United States of America and recruiting people.”

West articulated a fundamental distinction between left-wing ideology and conservatism.

Why are the people in Black Lives Matter mostly White? Looks like an orchestrated agenda to me.