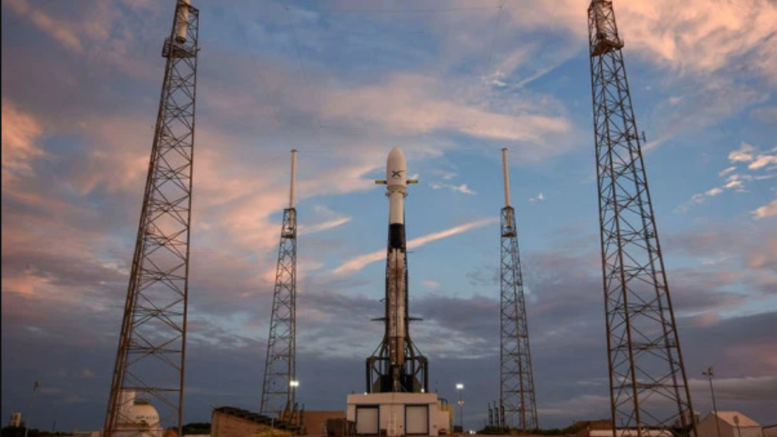 Please Share This Story!
PDF 📄
Elon Musk’s grandfather was the head of Technocracy, Inc. in Canada during the 1930s and ’40s. As a Technocrat himself, Musk builds because he can, not because there is a moral imperative to do so.

Flooding the earth with 5G radiation and satellites is fraught with major consequences, including health issues. However, 30k satellites will effectively destroy Earth-based astronomy because of the diffusion of reflected light. And don’t forget space junk that will eventually be falling to earth. ⁃ TN Editor

Elon Musk is preparing to launch 60 Starlink ‘internet satellites’ into space tomorrow – despite ongoing fury over the project.

The tech billionaire’s rocket firm SpaceX will launch the satellites in defiance of critics who say Musk is flooding Earth’s orbit with “space junk”. 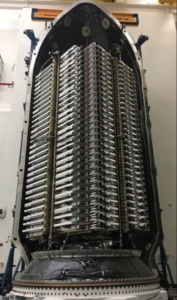 Starlink is Musk’s bid to create a network of satellites in space that will beam internet back down to Earth.

Dozens of satellites have already been launched – and Musk has approval to send tens of thousands more into orbit.

Later today, a 229-foot-tall Falcon 9 rocket will take 60 satellites into space, where they will orbit 341 miles above Earth.

The launch was scheduled to take place on Monday, January 27, but has been delayed until January 28 due to strong winds.

But despite his good intentions, Musk is facing growing criticism from the astronomy community.

There have been concerns that humanity could be trapped on Earth by too much space junk in Earth’s orbit.

That’s according to one space scientist, who says Musk’s plan could create an impenetrable wall of space junk around our planet.

A catastrophic clutter of space debris left behind by the satellites could block rockets from leaving Earth, an effect known as “Kessler syndrome”.

“The worst case is: You launch all your satellites, you go bankrupt, and they all stay there,” European Space Agency scientist Dr Stijn Lemmens told Scientific American.

“Then you have thousands of new satellites without a plan of getting them out of there. And you would have a Kessler-type of syndrome.”

It will take thousands of years for any SpaceX satellites left in our orbit to descend to Earth and burn up in the atmosphere.

The firm says it’s already taken steps to avoid cluttering up the region. It’s launching the satellites into a lower orbital plane than most space tech to avoid collisions.

Even with such precautions, mega-constellations like Starlink will results in 67,000 potential collisions per year, another space scientist warned.

“This is something we need to pay attention to,” aerospace engineer Glenn Peterson told MIT Technology Review. “We have to be proactive.”

The Starlink satellites are tightly packed into the nose of one of SpaceX’s Falcon 9 rockets, which is currently poised on a launchpad at Florida’s Cape Canaveral Air Force Station.

Musk has previously said he plans to send up nearly 12,000 satellites by the mid-2020s.