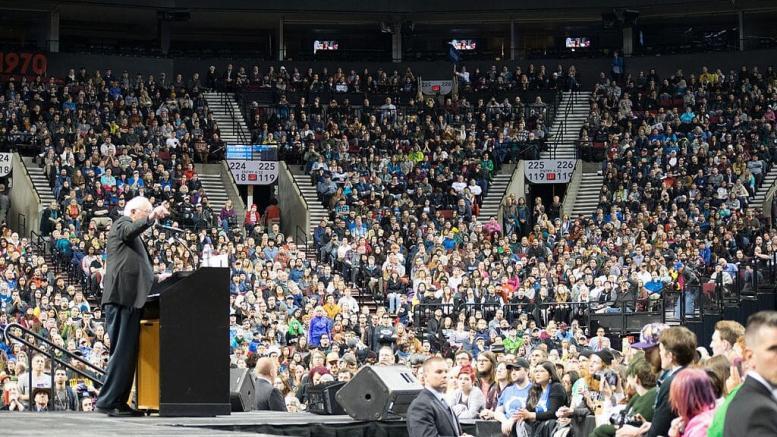 Please Share This Story!
PDF 📄
Pollsters discover that 57.5% of people everywhere are discontent with democracy. The winds of social change closely follow the anti-capitalist promoted by the UN.

Historically, Socialism and Communism have only succeeded in raising human suffering, misery and poverty on planet Earth. However, these wrecking balls are very proficient at tearing down the societal structures, which is necessary to pave the way for Technocracy to sweep in.  ⁃ TN Editor

The world is unhappier with democracy than ever, new research has claimed.

In a report published Wednesday, researchers from Cambridge University analyzed the political sentiment of more than 4 million people, using data from survey projects that covered 154 countries between 1995 and 2020.

The proportion of people who said they were dissatisfied with democracy over the last year hit 57.5%, according to the report, with researchers saying 2019 marked “the highest level of democratic discontent” on record.

Authors noted that over the last 25 years, the number of individuals dissatisfied with democratic politics around the world rose from a third to more than half.

Shifts in satisfaction levels were often a response to “objective circumstances and events” such as economic shocks and corruption scandals, the report said.

Following the financial crisis in 2008, for example, global dissatisfaction with the functioning of democracy jumped by around 6.5%.

Many large democracies, including the U.S., Australia, U.K. and Brazil, were now at their highest-ever level of dissatisfaction with democracy.

According to the report, the U.S. in particular had seen a “dramatic and unexpected” decline in satisfaction with democracy.

When the surveys began in 1995, more than 75% of U.S. citizens were satisfied with American democracy. The first big knock came with the financial crisis, the report showed, and satisfaction has continued to deteriorate year-on-year ever since.

Fewer than 50% of Americans are now content with democracy in their country, marking the first time on record that a majority of U.S. citizens were dissatisfied with their system of government.

“Such levels of democratic dissatisfaction would not be unusual elsewhere,” the report said. “But for the United States, it marks an ‘end of exceptionalism’ — a profound shift in America’s view of itself, and therefore, of its place in the world.”

Is the source of dissatisfaction with our materialistic capitalistic democracy based on the system itself or with the root fact that our method of finance and exchange is entirely controlled by a private malevolent cabal? That which controls the purse strings steers the ship.

NO, we are pised off that this fricking CRIMIMNAL PEDOPHILA MAFIA HAS STOLEN OUR REPUBLIC! WE ARE MAD THAT THEY ARE STEALING OUR $$$ AND PUSHING FAKE SCIENCE TO DE INDUSTRILISE OUR STANDARD OF LIVING- TROJAN HORSE SOROS /BLOOMBERG RICH CRIMINALS PAYING TO IMPORT IN TERRORISTS WHILE TRYING TO STEAL OUR WEAPONS!! FORCED VAX OF POISONS, STERILIZATION AND DEPOPULATION PLANS -THAT’S THE PROBLEM!

The reason so many people are fed up with democracy is that it has become a sham. Western nations are increasingly clamping down on basic human rights, free speech – and even free thought. One of the deliberate side-effects of the creation of regional power blocks such as the EU and ASEAN has been to erode sovereignty and the right of individual nations to decide their own destiny. This is why Brexit happened, but only after years of cynical obstruction by the globalist elite’s fifth columnists in the UK – not least from shadow Brexit minister Sir Keir Starmer, a… Read more »

I thought the United States was a Republic? Guess not anymore. There is a difference between a Republic and a Democracy. In the United states we have been completely brainwashed. The ruling class forces on us CHANGE and things on us we don’t want or need, and they NEVER asked! The founding fathers vision is no longer relevant. Nor is the Bible, but all other religions are relevant, why? When you tell people they were evolved from Neanderthals (23 and me) and that they don’t matter what is to be expected? Why are we here?