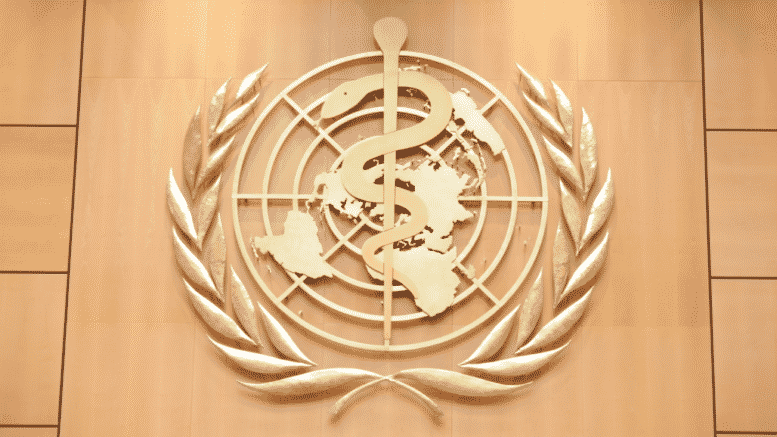 The World Health Organization should be disbanded for driving the world to its knees over the COVID debacle. It is a constant source of lies, propaganda and misinformation while convincing the world that it is the final arbiter of all medical truth. ⁃ TN Editor

The global pandemic isn’t over yet despite high Covid vaccination rates in some countries, the head of the World Health Organization warned on Monday, days after the CDC told fully vaccinated Americans they can go without masks in most places.

“There is a huge disconnect growing where in some countries with the highest vaccination rates, there appears to be a mindset that the pandemic is over, while others are experiencing huge waves of infections,” WHO Director-General Tedros Adhanom Ghebreyesus said during a news conference from the agency’s Geneva headquarters.

“The pandemic is a long way far from over,” he warned. “It will not be over anywhere until it’s over everywhere.”Tedros’ comments came four days after the Centers for Disease Control and Prevention updated its public health guidance to say fully vaccinated people no longer need to wear a face mask or stay 6 feet away from others in most settings, whether outdoors or indoors. It’s the first time the federal government has encouraged people to stop wearing masks since the agency first called for face coverings more than a year ago.

In the United States, new Covid cases are on the decline as more Americans get vaccinated. As of Sunday, the nation is reporting about 33,200 daily new infections, based on a seven-day average of data compiled by Johns Hopkins University, down 19% from a week earlier. Roughly 123 million Americans are fully vaccinated, according to data compiled by the CDC.

Other countries are experiencing major outbreaks. India, for example, is reporting a seven-day average of about 328,900 cases a day as of Sunday, according to Hopkins’ data. That’s down 15% from a week ago but still an enormous number of cases. The country also reached a new record for fatalities, reporting a seven-day average of 4,039 deaths, according to Hopkins data.

The India “variant” – bioweapon courtesy of the “vaccines”.

Hopefully getting rid of these charlatans will be at the top of President Trumps to do list, once he’s back in the saddle.

As with those of us with a BRAIN knows…..there is NO ‘pandemic’!! It’s a PLANNEDemic! Therefore, the next part of the Evil Globalists Plan is coming……when those who have gotten the EXPERIMENTAL INJECTION(S) start to drop DEAD, they WILL, indeed, be blaming that on #1…..the UN ‘vaxxd’; and #2…..the ‘New Variant’ (which is BS!!) of the ‘Big, Bad Virus’! Phase 3……is COMING this Fall!! ‘LOCKDOWN’ Part II……is COMING!! Enjoy your Summer, folks!