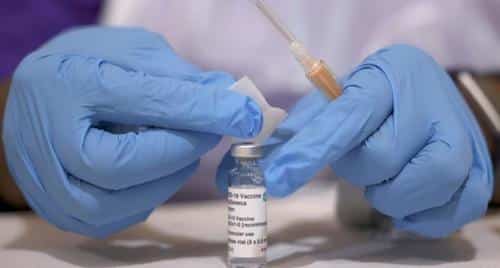 Please Share This Story!
PDF 📄
Sweden is experiencing a groundswell of reports the likes of which have never seen with past vaccines. The majority of these are associated with AstraZeneca, but side effects are serious enough to be reported to the Medical Products Agency. ⁃ TN Editor

As Europe pushes ahead with its vaccination program, the Nordic countries are reporting a surge in damaging side effects. In the country, the tally has surpassed 30K with the majority of these reactions reported in patients who received the AstraZeneca jab.

Sweden’s Medical Products Agency reported that as of last week, the Scandinavian nation had tallied 31,844 reports of adverse reactions linked to its vaccine rollout.

Sweden presently offers 3 different COVID-19 jabs: Moderna, Pfizer and AstraZeneca, with the latter being the most widely available (while other European states like Germany have sought to offer substitutes to younger patients, who are more vulnerable to dangerous cerebral blood clots, which are a rare – but not unheard of – side effect).

The number of suspected adverse reactions from the two shots seems relatively small when compared to the 19,961 reports linked to AstraZeneca’s Vaxzevria, while the AstraZeneca shot only accounts for about 26% of the roughly 2.7MM vaccines that have been administered so far in Sweden, but makes up around 63% of the side effects reports.

Ebba Hallberg, an official with the Medical Products Agency, told Swedish media that it was unusual to receive so many reports of side effects. She added that the tally was likely higher because of public focus on the new vaccines.To head off complaints that many of the incidences of side effects were minor, she said healthcare providers are likely only reporting the more “serious” side effects.

One Swedish media outlet said the number of complaints filed in just a few months exceeded the number typically filed over 4 years, which underscores the public anxieties about the COVID vaccines.

In March, Sweden was one of several nations to temporarily suspend the use of the AstraZeneca jab, following reports of abnormal blood clotting in recipients. AstraZeneca, as well as the European Medicines Agency, have insisted that the vaccine is safe after it came under scrutiny.

Yes indeed as we are aware less than 1% reported so these figures can easily be multiplied by 100.

Since none of them has isolated the supposed CovSARS2 virus, we can assume that it is non-existent. The PCR tests are fake. Everything they have imposed on the public as supposed remedy for this non existent virus has been a mater of the remedy being worse than the cure. The fake vaccines don’t even offer to prevent the fake disease in the future. So, what use are they? They have no medical use, but a political one of controlling the population and for Bill Gates eliminatieng 1 billion people. I have no sympathy for those who have had themselves jabbed… Read more »