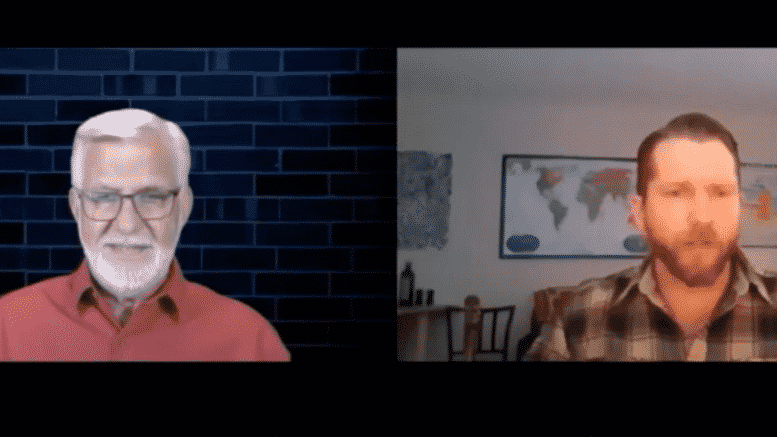 Please Share This Story!
PDF 📄
Joe Allen, a journalist who writes for The Federalist, did an in-depth interview with me on Technocracy. This is an easily shared transcript plus video that should receive wide-spread distribution. ⁃ TN Editor

In many respects, technology has eroded personal autonomy. This insidious trend has only accelerated due to governments’ response to the global pandemic. The average citizen is left disoriented by rapid changes brought on by automation, mass surveillance, dizzying propaganda, and the proliferation of invasive technologies.

Patrick Wood has been making sense of the technocratic movement for more than a decade. His 2015 book “Technocracy Rising: The Trojan Horse of Global Transformation” tracks the current implementation of technological central planning: mass surveillance, financial technology, smart cities, tech spirituality, and other manifestations.

JOE ALLEN: What is “technocracy”?

PATRICK WOOD: I always go back to the definition that was authored by the technocracy movement itself. They had a magazine in the ’30s called The Technocrat. In 1938, they defined their own movement: “Technocracy is the science of social engineering, the scientific operation of the entire social mechanism, to produce and distribute services to the entire population.”

There are two things here. One is the “science” of social engineering. We see this everywhere in the world today. China’s social credit scoring system, for instance. Vaccine passports, people wearing face masks when they have no science behind it. Propaganda everywhere.

The second part of this is the scientific operation of the entire social mechanism. You see the word “entire” is mentioned twice in their statement. It’s very important to the technocrat mind that everybody has to be in the system in order to control and monitor the system. In other words, outliers are not permitted.

There’s a huge movement all over the world today to bring all those people into the web of electronic networking. But note that technocracy is an economic system. It’s not a political system. People miss this.

In the early ’30s, when technocracy started, there was the Great Depression. The scientists and engineers at Columbia University decided that capitalism was dead and they had to do something about it. So they invented a resource-based economic system that was intended to replace capitalism and free-market economics.

They were so sure that their scientific management of society would solve all of mankind’s problems, they wanted to do away with political structure altogether. They said there’s no reason for people to be represented. Just appoint technocrats to run everything — unelected and unaccountable — who use “science” to make all the decisions. This was the height of egotism, in my opinion.

In North America, there were over 500,000 card-carrying, dues-paying members of Technocracy Incorporated. But by the time the ’40s came around, World War II started up, the economy recovered, and Americans finally saw through the crackpot nature of technocracy.

Can you draw a historical line from the end of the original movement to the idea’s re-emergence in the 1970s?

The two co-founders of the Trilateral Commission were David Rockefeller and Zbigniew Brzezinski. Rockefeller had the money, Brzezinski had the brains.

In 1970, Brzezinski had written a book called “Between Two Ages: America’s Role in the Technetronic Era.” And it just so happens that at the time he wrote the book, he was a professor of political science at Columbia University.

His book was basically a knock-off of the original technocracy. Technology was going to control society. Because the old-fashioned institutions of the nation-state were outmoded, there was going to be this new, technology-based era that would be driven by the giant corporations of the world. “The New International Economic Order” is what the Trilateral Commission first came up with, and I lay modern globalism at their feet.

The Rockefeller family had very close connections to the United Nations. The next year, 1974, the United Nations passed general resolution 3201. Here’s the title: “Declaration on the Establishment of a New International Economic Order.” The same language used by the Trilateral Commission six months earlier.

It wasn’t until 1992 that the marketing name for this was changed to “Sustainable Development.” It wasn’t a substantive change. It was to make it more palatable because anybody back in the ’70s who heard the phrase “New International Economic Order” immediately threw up a red flag. So changing the name was very astute.

Anybody who’s looked at sustainable development understands that it is a resource-based system. It’s not a political system. It’s an economic system controlling resources.

So we have this thread where you have a private group of industrialists, of global elites — political, legal, media, multinational corporations — standing on one side, providing the money through foundations and through grants, and starting organizations. On the other side, you have the United Nations, a kind of quasi-governmental organization, that has the clout to spread the contagion to other nations in the world.

How does all of this correlate with the mass surveillance systems put in place over the last two decades?

If you were an engineer and you built a factory, and you had conveyor belts and robotics, you would put in place a monitoring system to give you some kind of a handle on what’s going on. It’s a very common concept in any industrial setting.

The more monitoring you have, the better you are, because you can head off stuff faster if you have more sensors and control. Well, when you view society as a machine or a factory, the very first thing that’s going to come to your mind is: if you’re gonna control it, you have to monitor it.

That would also apply to the biological and even psychological states of the individuals within that society, right?

That’s exactly right. You can picture 50,000 cattle in a feedlot, and there are sensors and they’re shooting them with this and that, and they’re moving them from pen to pen. They’re totally managed. They’re micromanaged.

The monitoring of society today is seen everywhere in the world, it’s not just in America. China led the way with its 600 million cameras, all equipped with facial recognition software. Their social credit scoring system, which takes that footage plus all of the private data that can be scoured from the Internet, and puts it into a giant AI program to issue a score to every citizen in their country.

I will contend that China is the original technocracy in the world now, and they’ve almost perfected this whole monitoring business. They’ve also created the first digital currency that has an expiration date to cancel the individual unit of issue. I don’t want to speculate on how they’ll use this, but this will likely dovetail into the social credit scoring system.

In 2001, Time Magazine said that China is a “technocracy,” writing about it in the historic context of the original technocracy movement back in the ’30s. They said China has fulfilled this dream.

Coming back to the West, where do we see the strongest expressions of the technocratic impulse?

Today you have groups like the World Economic Forum, with Klaus Schwab promoting all of the things I’m talking about here. He’s talking about “The Great Reset,” bringing in the new international economic order. Away with capitalism, away with free-market economics. In with the new technology to change humanity itself, to do away with the nation-state structure, to bring everybody into this new Panopticon of control.

Remember, I talked about resource grab in the beginning. You might remember the video that the World Economic Forum put out talking about, “You will own nothing. And you’ll be happy!”

The idea is if I need a cast-iron skillet, I just click my app and it shows up on my doorstep. The next morning I leave it outside and they take it away. Did anybody ask the question, “Well, who does own those things?”

What’s it like to live in a “smart city,” and why would anyone want to live there?

That’s a beautiful marketing term. Who wants to live in a “dumb city”?

It means building out light poles that have cameras and sensors, implementing facial recognition cameras to track people’s movements, and using license plate readers. It includes tracking financial records and social media of the citizens within the city to determine if there’s a threat.

Many cities are taking all of that “smart city” data that they’re collecting through these sensors, and they’re using that to try and predict where crime will occur, and who will commit that crime, so they can head it off before it happens. By the way, some cities have already thrown this pre-crime software out, and also facial recognition. My compliments to New Orleans and San Francisco.

Having painted that dark picture, what positive approaches do we have to maintain autonomy?

Technocracy can only be driven out at the ground level. Whatever city or neighborhood you live in, you have the ability to get your hands around your elected leaders and other appointed leaders in that area and have discourse with them. If you don’t, your silence is giving them permission to do what they’re doing.

Steel your mind to not play the role that they want you to play. Don’t look for a fight. Go out and talk to people in an intelligent way. We need to put civil discourse back into the civic community.

The United Nations was very smart about how they went after America. They didn’t go through Washington DC or state governments—they went directly to the cities. And they convinced the cities and the counties to go along with their agendas. If that’s where the battle started out, this is where the engagement to push it back needs to start. 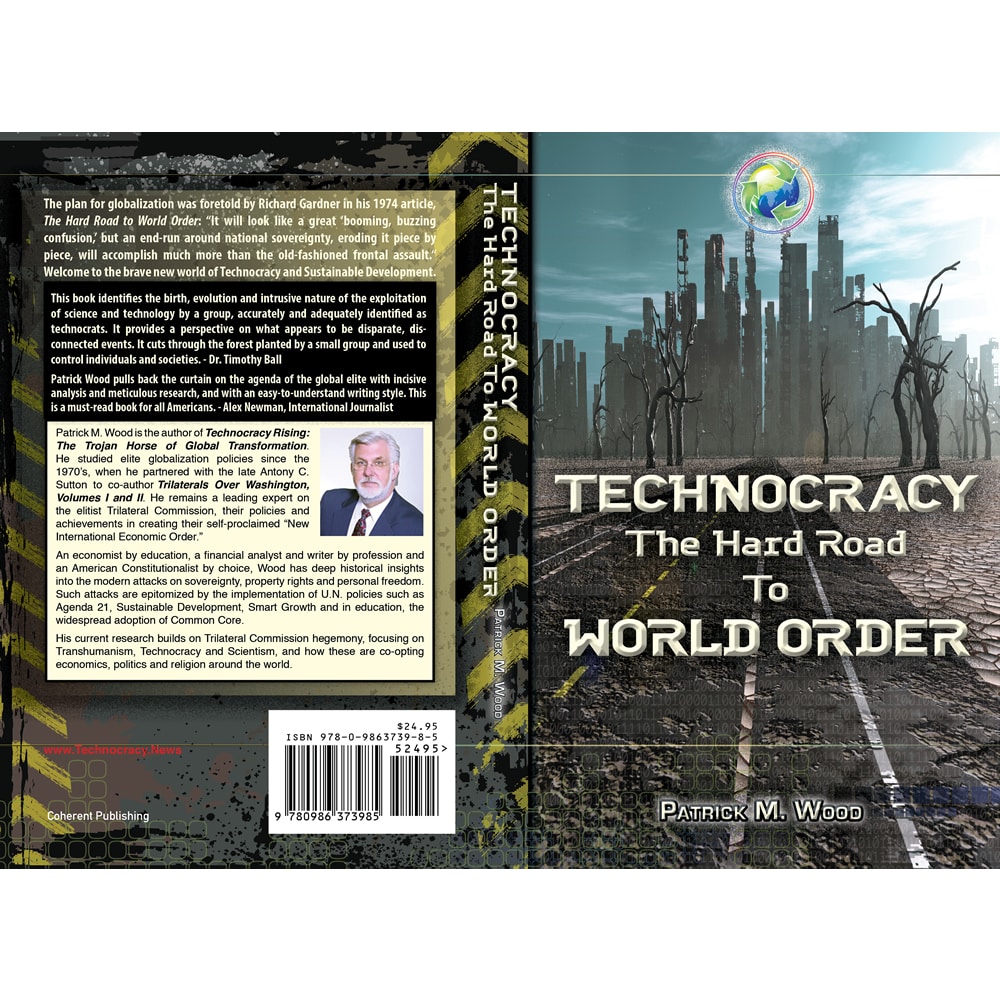 The video unfortunately stops short at 9.21 minutes without concluding. I think we need a technocrat to fix it! Excellent commentary as always Patrick