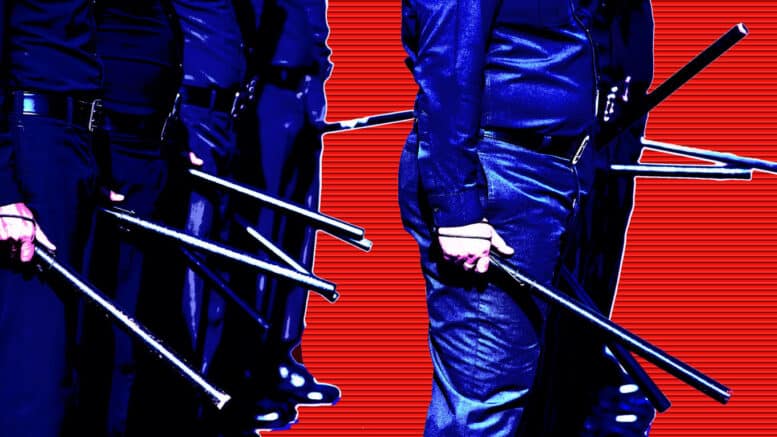 Please Share This Story!
PDF 📄
Democracy and Technocracy behave like matter and anti-matter, respectively. As Technocracy asserts itself, Democracy simply evaporates.  No less than 70 percent of the global population is now experiencing some form of Technocrat tyranny, and that number is increasing by the day.

Some readers will remember the various Star Trek episodes that featured the advanced race called the Borg, which “assimilated” everything in its path. Such is Technocracy: “We will assimilate.” ⁃ TN Editor

A greater number of countries are sliding towards authoritarianism, while the number of established democracies under threat has never been so high, the International Institute for Democracy and Electoral Assistance (IDEA) said on Monday.

Populist politics, the use of COVID-19 pandemic restrictions to silence critics, a tendency of countries to mimic the anti-democratic behaviour of others, and disinformation used to divide societies are mainly to blame, the Stockholm-based intergovernmental organisation said in a report.

“More countries than ever are suffering from ‘democratic erosion’,” IDEA said in its 2021 study on the state of democracy, relying on data compiled since 1975

“The number of countries undergoing ‘democratic backsliding’ has never been as high,” it said, referring to the regressive turn in areas including checks on government and judicial independence, as well as media freedom and human rights.

Afghanistan, which was taken over by Taliban militants in August after international troops withdrew, is the most dramatic case this year, while Myanmar’s Feb. 1 coup marked the collapse of a fragile democracy. Other examples include Mali, which has suffered two coups since 2020, and Tunisia, where the president has dissolved parliament and assumed emergency powers.

Large democracies such as Brazil and the United States have seen presidents question the validity of election results, while India has witnessed the prosecution of groups of people critical of government policies.

Hungary, Poland, Slovenia and Serbia are the European countries with the greatest declines in democracy. Turkey has seen one of the largest declines between 2010 and 2020.

“In fact, 70 per cent of the global population now live either in non-democratic regimes or in democratically backsliding countries,” the report said.

Well it’s a bit of a misnomer. The United States has never been a democracy, as the representatives vote on some matters, legitimately or not, while courts and tyrannical executive branch dictate others. But I understand the point of the article. The Great COVER-19 for the imposition of global communism using the tools of technocracy funded by the elite satanist pedophiles in the Illuminati and Masonic order. The bankers have been seizing more power over lobbying and revolving door and now use the institutions to make personal profit for offshoring or exploitation. The form of societal control is less important… Read more »