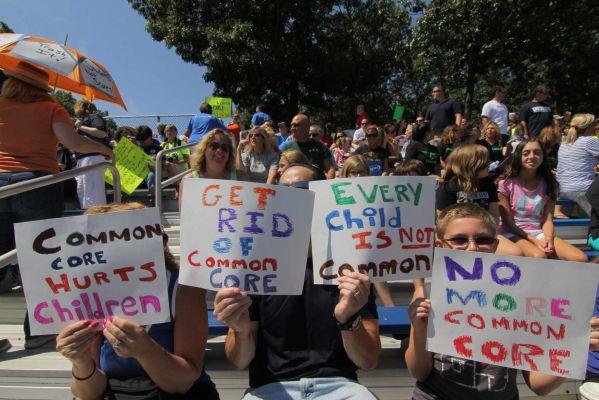 TN Note: The so-called Common Core Education Standards developed by private- and non-governmental-organizations continue to lose support for implementation, as parents and educators both see that education for America’s children is not being served.

Only 21 states still plan to use shared tests designed for the common core, a continued erosion of the unity that emerged six years ago, when 45 states embraced the standards and pledged to measure student learning with common assessments.

The high school testing landscape is even more fragmented, as states increasingly choose the SAT or ACT college-entrance exam instead of common-core tests.

An Education Week survey of states’ testing plans in English/language arts and math—the two subjects covered by the common core—found that states have continued in 2015-16 to drift away from the Partnership for Assessment of Readiness for College and Careers, or PARCC, and Smarter Balanced tests. (The full results from that survey will be released soon.)

Those assessment systems were crafted by two groups of states to reflect the Common Core State Standards, which were the product of an initiative launched by the nation’s governors and chief state school officers. The U.S. Department of Education awarded $360 million in grants in 2010 to the two consortia to create the tests.

Last year, consortium tests were more dominant, though the two groups had declined from their peak membership. Education Week‘s survey of states’ 2014-15 testing plans showed 28 states and the District of Columbia using PARCC or Smarter Balanced, and 22 states using other tests or offering districts a choice of which test to use.

The article states: The high school testing landscape is even more fragmented, as states increasingly choose the SAT or ACT college-entrance exam instead of common-core tests.

What does this really mean? David Coleman was the architect for Common Core and the related Common Core Federal mandated tests. David then became the president of the College Board which produces the SAT. He had the SAT revamped to conform to the Common Core program. Is there really a difference between the Common Core tests and SAT??????

True, I just looked it up. Thanks for pointing this out.