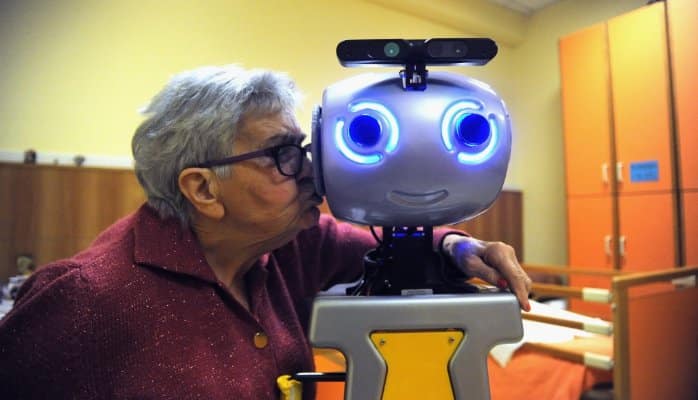 Seventy-five percent of the American public understands that machines replacing humans will increase inequality between rich and poor. Technocrats are validating their fears by pushing Universal Basic Income for ‘unemployables’. Technocrats invent because they can, not because is it smart to do so. ⁃ TN Editor

Silicon Valley celebrates artificial intelligence and robotics as fields that have the power to improve people’s lives, through inventions like driverless cars and robot carers for the elderly.

That message isn’t getting through to the rest of the country, where more than 70% of Americans express wariness or concern about a world where machines perform many of the tasks done by humans, according to Pew Research.

The findings have wide-reaching implications for technology companies working in these fields and indicates the need for greater public hand-holding.

“Ordinary Americans are very wary and concerned about the growing trend in automation and place a lot of value in human decision-making,” said Aaron Smith, the author of the research, which surveyed more than 4,000 US adults. “They are not incredibly excited about machines taking over those responsibilities.”

Pew gauged public perception of automation technologies by presenting respondents with four scenarios, including the development of completely driverless cars; a future in which machines replace many human jobs; the possibility of fully autonomous robot carers; and the possibility that a computer program could evaluate and select job candidates with no human oversight .

According to the findings, 72% of Americans are very or somewhat worried about a future where robots and computers are capable of performing many human jobs – more than double the 33% of people who were enthusiastic about the prospect. Seventy-six per cent are concerned that automation of jobs will exacerbate economic inequality and a similar share (75%) anticipate that the economy will not create many new, better-paying jobs for those human workers who lose their jobs to machines.

One of the most visible examples of automation that’s likely to disrupt daily life is driverless vehicles. There’s a broad agreement among proponents of the technology that driverless cars will be safer than those driven by humans, who are often distracted, drunk or falling asleep at the wheel.

Another unexpected finding was the vehement opposition to robots making hiring decisions, despite the fact that such technology is already starting to creep into the hiring process as well as other areas such as assessing individuals for loans or parole from prison. Proponents say that using AI can make these decisions less biased, but the public is not convinced.