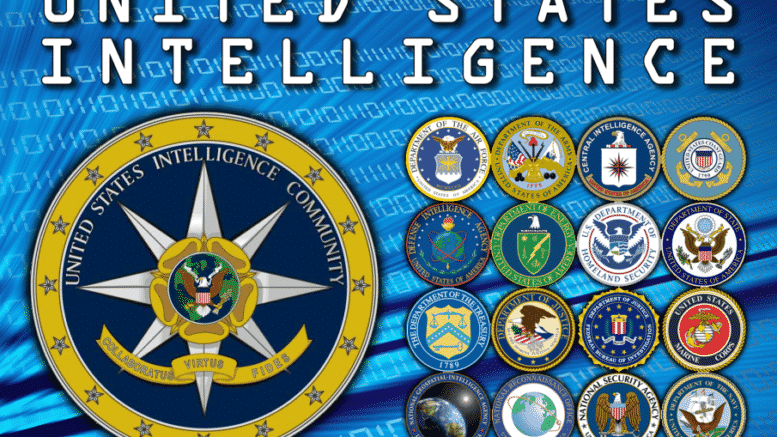 Please Share This Story!
PDF 📄
The Trump Administration is creating one of the largest Intel budgets ever, and the Director of National Intelligence will not disclose how the money is being spent. Total Surveillance is a hallmark goal of Technocracy.

In early 2017, Trump threatened Intel agencies as being part of the Deep State, but now he has reversed field and dished out extra billions to expand them. The DNI has become the Tzar of Intel, answering directly and only to the President.  ⁃ TN Editor

US spending on intelligence has soared under President Donald Trump, figures released on Tuesday showed, as the government stepped up cyber warfare activities and boosted spying on North Korea, China and Russia.

Spending on civilian and military intelligence jumped by 11.6 percent to $81.5 billion in fiscal 2018, which ended on September 30, according to the Department of Defense and the Office of the Director of National Intelligence.

Spending for the National Intelligence Program, which spans some 16 agencies including the Central Intelligence Agency, National Security Agency, some defense operations and reconnaissance from space, rose to $59.4 billion from $54.6 billion in fiscal 2017.

The Trump administration has sharply increased both military and intelligence outlays, spending more on personnel, equipment and operations.

Under Trump, the CIA has resumed paramilitary actions like drone strikes in conflict zones, and also expanded investments into human intelligence.

There has also been a focused expansion of investment into offensive cyber capabilities, with the aim of blunting hacking attacks by China, Russia, North Korea and Iran.

But besides revealing the gross figure for expenditures, neither the Pentagon nor the Office of the Director of National Intelligence would provide any details on where the money goes, saying “such disclosures could harm national security.”