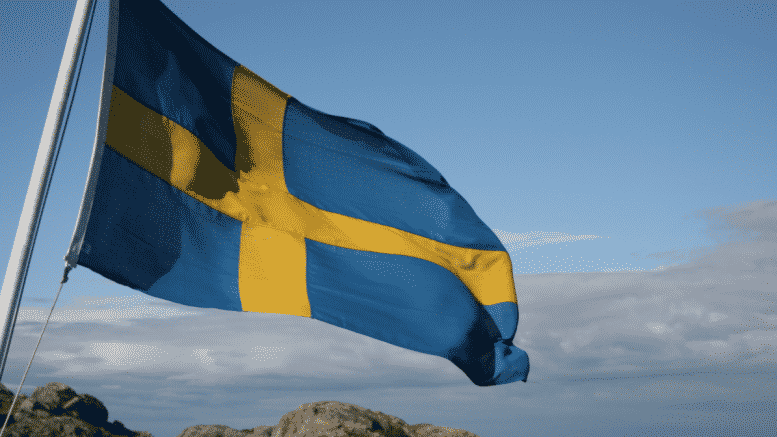 Please Share This Story!
PDF 📄
Sweden shrugged off dire predictions of mass die-offs from COVID-19 and did not shut down their entire economy and society, and now their response has been proven correct while the rest of the world stumbled into mass hysteria. ⁃ TN Editor

Why is the media so fixated on Sweden’s coronavirus policy? What difference does it make?

Sweden settled on a policy that they thought was both sustainable and would save as many lives as possible. They weren’t trying to ‘show anyone up’ or ‘prove how smart they were’. They simply took a more traditionalist approach that avoided a full-scale lockdown. That’s all.

But that’s the problem, isn’t it? And that’s why Sweden has been so harshly criticized in the media, because they refused to do what everyone else was doing. They refused to adopt a policy that elites now universally support, a policy that scares people into cowering submission. The Swedish model is a threat to that approach because it allows people to maintain their personal freedom even in the midst of a global pandemic. Ruling class elites don’t want that, that is not in their interests. What they want is for the people to meekly accept the rules and conditions that lead to their eventual enslavement. That’s the real objective, complete social control, saving lives has nothing to do with it. Sweden opposed that approach which is why Sweden has to be destroyed. It’s that simple.

Of course, none of this has anything to do with Sweden’s fatality rate, which is higher than some and lower than others. (Sweden has 543 deaths per million, which means roughly 1 death in every 2,000 people.) But like every other country, the vast majority of Swedish fatalities are among people 70 years and older with underlying health conditions. (“90% of the country’s deaths have been among those over 70.”) Sweden was not successful in protecting the people in its elderly care facilities, so large numbers of them were wiped out following the outbreak. Sweden failed in that regard and they’ve admitted they failed. Even so, the failures of implementation do not imply that the policy is wrong. Quite the contrary. Sweden settled on a sustainable policy, that keeps the economy running, preserves an atmosphere of normality, and exposes its young, low-risk people to the infection, thus, moving the population closer to the ultimate goal of “herd immunity”.

Presently, Sweden is very close to reaching herd immunity which is a condition in which the majority have developed antibodies that will help to fend-off similar sars-covid infections in the future. Absent a vaccine, herd immunity is the best that can be hoped for. It ensures that future outbreaks will be less disruptive and less lethal. Take a look at this excerpt from an article at the Off-Guardian which helps to explain what’s really going on:

“Sweden’s health minister understood that the only chance to beat COVID-19 was to get the Swedish population to a Herd Immunity Threshold against COVID-19, and that’s exactly what they have done…

This fact gets less press than any other. Most people understand the basic concept of herd immunity and the math behind it. In the early days, some public health officials speculated that COVID-19’s HIT was 70%. Obviously, the difference between a HIT of 70% and a HIT of 10-20% is dramatic, and the lower the HIT, the quicker a virus will burn out as it loses the ability to infect more people, which is exactly what COVID-19 is doing everywhere, including the U.S, which is why the death curve above looks the way it looks.

Scientists from Oxford, Virginia Tech, and the Liverpool School of Tropical Medicine, all recently explained the HIT of COVID-19 in this paper:

We searched the literature for estimates of individual variation in propensity to acquire or transmit COVID-19 or other infectious diseases and overlaid the findings as vertical lines in Figure 3. Most CV estimates are comprised between 2 and 4, a range where naturally acquired immunity to SARS-CoV-2 may place populations over the herd immunity threshold once as few as 10-20% of its individuals are immune….

Naturally acquired herd immunity to COVID-19 combined with earnest protection of the vulnerable elderly – especially nursing home and assisted living facility residents — is an eminently reasonable and practical alternative to the dubious panacea of mass compulsory vaccination against the virus.

This strategy was successfully implemented in Malmo, Sweden, which had few COVID-19 deaths by assiduously protecting its elder care homes, while “schools remained open, residents carried on drinking in bars and cafes, and the doors of hairdressers and gyms were open throughout.

One of the most vocal members of the scientific community discussing COVID-19’s HIT is Stanford’s Nobel-laureate Dr. Michael Levitt. Back on May 4, he gave this great interview to the Stanford Daily where he advocated for Sweden’s approach of letting COVID-19 spread naturally through the community until you arrive at HIT. He stated:

If Sweden stops at about 5,000 or 6,000 deaths, we will know that they’ve reached herd immunity, and we didn’t need to do any kind of lockdown. My own feeling is that it will probably stop because of herd immunity. COVID is serious, it’s at least a serious flu. But it’s not going to destroy humanity as people thought.

Guess what? That’s exactly what happened. As of today, 7 weeks after his prediction, Sweden has 5,550 deaths. In this graph, you can see that deaths in Sweden PEAKED when the HIT was halfway to its peak (roughly 7.3%) and by the time the virus hit 14% it was nearly extinguished.” (“Second wave? Not even close“, JB Handley, The Off-Guardian)

In other words, Sweden is rapidly approaching the endgame which means that restrictions can be dropped entirely and normal life can resume. They will have maintained their dignity and freedom while the rest of the world hid under their beds for months on end. They won’t have to reopen their primary schools because they never shut them down to begin with. Numerous reports indicate that young children are neither at risk nor do they pass the virus to others. Most Americans don’t know this because the propaganda media has omitted the news from their coverage. Here’s a clip from the National Review which helps to explain:

Kari Stefansson, CEO of the Icelandic company deCODE genetics in Reykjavík, studied the spread of COVID-19 in Iceland with Iceland’s Directorate of Health and the National University Hospital. His project has tested 36,500 people; as of this writing,

This is just one of many similar reports from around the world. Most of the schools in Europe have already reopened and lifted restrictions on distancing and masks. Meanwhile, in the US, the reopening of schools has become another contentious political issue pitting Trump against his Democrat adversaries who are willing to sacrifice the lives of schoolchildren to prevent the president from being reelected. It’s a cynical-counterproductive approach that reveals the vindictiveness of the people who support it. In an election year, everything is politics. (Watch Tucker Carlson’s short segment on “Kids cannot afford to stay locked down.“)

Here’s a question for you: Have you ever wondered why the virus sweeps through the population and then seemingly dissipates and dies out? In fact, the virus doesn’t simply die-out, it runs out of people to infect. But how can that be when only 1 of 7 people will ever contract the virus?

The answer is immunity, either natural immunity or built up immunity from other Sars-Covid exposure. Here’s more from the Off Guardian piece:

“Scientists are now showing evidence that up to 81% of us can mount a strong response to COVID-19 without ever having been exposed to it before:

This alone could explain WHY the Herd Immunity Threshold (HIT) is so much lower for COVID-19 than some scientists thought originally, when the number being talked about was closer to 70%. Many of us have always been immune!“ (“Second wave? Not even close”, JB Handley, The Off-Guardian)

It means that Fauci and the idiots in the media have been lying to us the whole time. It means that Covid-19 is not a totally new virus for which humans have no natural immunity or built-in protection. Covid is a derivative of other infections which is why the death toll isn’t alot higher.

Patrick is buying into NWO Technocracy play book and the Swedish narrative! First you gotta know that state epidemiologist Dr Tegnell was hired by professor Geisecke the former state epidemiologist who in turn is a close top aide to WHO boss commie Tedross! Could stop already there but: Professor Geisecke have spoken out about corona in various media and declared the necessity for Gates ID2020. Geisecke have been mocked on Swedish State radio for being a “know it all” dude. Besides all Scandinavian countries have mishandled the whole plandemia, its well known. The article is full of misleading (intentionally so)… Read more »

Meanwhile in Oregon we are preparing for more lockdowns from the liberal Democrat governor: https://www.oregon.gov/newsroom/Pages/NewsDetail.aspx?newsid=36940 By the way you can’t reason with them, they have an agenda. It’s your fault if there is more cases (the big lie such as it is) and you don’t comply to my order! And the blackmail is this: If you don’t do what I say, then I will lock you down more!

Deaths in other countries have just been postponed, thats all. The lockdown just delayed the inevitable, one year from now we will all have similar death rates…Dont feel like a hero and think you’ve accomplished something in neighbouring countries, what do you think is going to happen when you allow everybody out?

In addition, Sweden has a different elderly care facility system where they house hundreds of elderly while in the other Scandinavian countries they have 10-20 elderly in each home, so the outbreak is much more contained. This is the main cause of spike of deaths in Sweden.

Because the figures and measures are fudged! In mars 2020 Swedish gov came out and said they didnt have the tools to collect statistics regarding covid. How can you produce correct figures without actually measuring and collect the data.

Because the figures and measures are fudged! In mars 2020 Swedish gov came out and said they didnt have the tools to collect statistics regarding covid. How can you produce correct figures without actually measuring and collect the data. WHO/Tedros came out and criticized Sweden/Tegnell figures of death and said Sweden was hot spot for spread, Tegnell then replied WHO didnt interpreted data correctly, then Geisecke went out the same day and defended Tegnell, day after WHO withdraw the critique, again Geisecke is top aide to WHO Tedros. Now go figure whats going on if you can.

I’ve read 80-90% of deaths were people in nursing homes. they have admitted they didn’t take care of their elderly. Have to wonder if they weren’t culled on purpose. Already in our country I’ve heard dr’s getting directives to not waste resources on people without a good chance of survival. Just read an article where a woman was told they would not do all they could for her husband because he was paralyzed.

Here is the seminal interview of immunologiste Dolores Cahill, Ph.D.; all you wanted to know about SARS CoViD-19 in eminently understandable form from an extremely well-qualified and thank God eloquent Irishwoman:
https://www.youtube.com/watch?v=Ua6meLlYJdY

Sweden Also has a cruel end-of-life policy that allowed the elderly to die in nursing homes with no heroic treatment. The mortality would have been lower if they had not imported infected patients into nursing homes as Cuomo had done. They were allowed to die by morphine drip.