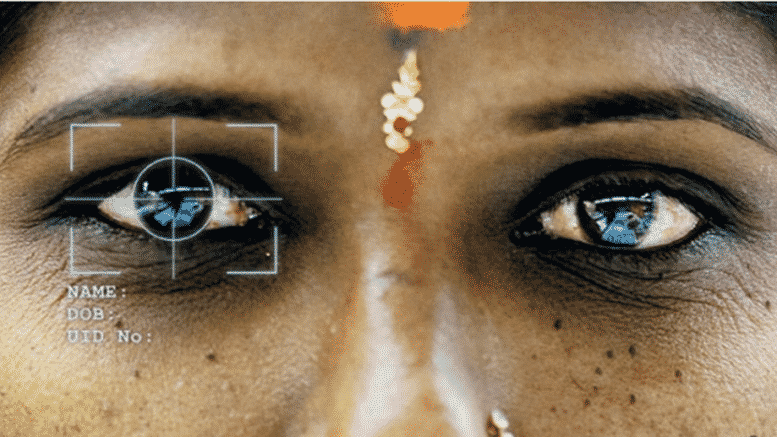 A fledgling Technocracy, India has the largest biometric database in the world. Even the New  York Time writes that ‘civil libertarians are horrified’, and with good cause: this gives life and breath to Orwell’s Big Brother in India. Who supplied the technology? MapR, an American company based in California. ⁃ TN Editor

India collects biometric data on 1.3 billion residents for use in a nationwide identity system called Aadhaar.

Seeking to build an identification system of unprecedented scope, India is scanning the fingerprints, eyes and faces of its 1.3 billion residents and connecting the data to everything from welfare benefits to mobile phones.

Civil libertarians are horrified, viewing the program, called Aadhaar, as Orwell’s Big Brother brought to life. To the government, it’s more like “big brother,” a term of endearment used by many Indians to address a stranger when asking for help.

Prime Minister Narendra Modi and other champions of the program say that Aadhaar is India’s ticket to the future, a universal, easy-to-use ID that will reduce this country’s endemic corruption and help bring even the most illiterate into the digital age.

The poor must scan their fingerprints at the ration shop to get their government allocations of rice. Retirees must do the same to get their pensions. Middle-school students cannot enter the water department’s annual painting contest until they submit their identification.

The Modi government has also ordered Indians to link their IDs to their cellphone and bank accounts.

Although the system’s core fingerprint, iris and face database appears to have remained secure, at least 210 government websites have leaked other personal data — such as name, birth date, address, parents’ names, bank account number and Aadhaar number — for millions of Indians. Some of that data is still available with a simple Google search.

As Aadhaar has become mandatory for government benefits, parts of rural India have struggled with the internet connections necessary to make Aadhaar work. After a lifetime of manual labor, many Indians also have no readable prints, making authentication difficult. One recent study found that 20 percent of the households in Jharkand state had failed to get their food rations under Aadhaar-based verification — five times the failure rate of ration cards.

Does anyone see this system as a benefit for the people?