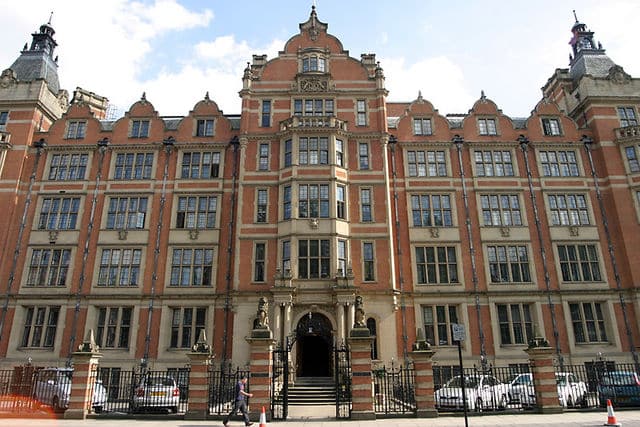 Now the London School of Economics (LSE) is openly writing about Technocracy and how it is influencing political parties in Europe. Meanwhile, Americans pay no attention to the groundswell of Technocracy in America. ⁃ TN Editor

The Five Star Movement and Lega’s nomination of Italian law professor Giuseppe Conte as the next Prime Minister of Italy presents a puzzle: why would an apparently ‘populist’ government nominate a Prime Minister who fits the mould of a technocrat? Chris Bickerton writes that given the Five Star Movement’s history, we should not be surprised at the nomination of Conte. The party stands for a curious blend of technocracy and populism, and is representative of a new type of ‘techno-populist’ party that is emerging elsewhere across Europe.

“I think 20th century ideological schemes are no longer adequate. It’s more important to evaluate a political force based on how they are positioned on fundamental rights and freedom… And their ability to outline useful platforms for citizens.”

This is not the sort of statement one would expect from the Prime Minister of a government formed out of two populist political forces that are sending shock waves throughout the European Union. Yet it comes from Giuseppe Conte, the Italian law professor put forward by both the Five Star Movement and the League as their chosen candidate for Prime Minister of Italy. On 23 May, the Italian President, Sergio Mattarella, accepted his nomination. We are now observing a striking paradox in Italy: populist parties nominating technocrats as leading members of their government.

If we consider the Five Star Movement (M5S) more closely, the paradox disappears. To think of the M5S as a simple populist party misses much of what makes it distinctive and original as a political movement. Certainly, the populist label is warranted. If populism involves mobilising the opposition between the political establishment and ‘the people’, then the M5S is firmly in this tradition. It has used “la casta” as a political lightning rod, as a way of stigmatising what its members see as the self-serving actions of an entire political class. Its founder, the comedian Beppe Grillo, has stated on many occasions that political parties are “evil”. He built his career as both comedian and political figure on the unshakeable belief that the Italian political system is rotten to the core.

And yet, to think of the M5S as no more than an anti-establishment howl of rage is a mistake. More than just an organ of denunciation, the M5S has advanced a detailed vision of political reform, centred on expanding direct forms of citizen involvement and on exploiting opportunities provided by the internet and wireless communication. Since gaining access to the Italian parliament in May 2013, M5S deputies have submitted more than 1,500 legislative proposals over a period of three years. A central part of their manifesto in the March elections of 2018 was the “citizen’s income” of 780 euros a month, destined for all Italian citizens who satisfy a certain set of conditions.

All political parties stand for a range of concrete policy proposals. What is distinctive about the M5S is the way it presents its policies as pragmatic solutions to very concrete problems. There is no attempt to nest its policies within a self-consciously ideological vision for society as a whole. On the contrary, the M5S thinks of itself as post-ideological, as beyond left and right.

The M5S name is illustrative. The five stars do not point to organising principles or values. They refer to issues that are remarkably dry, technical and even apolitical: water, the environment, transport, connectivity and development. This preference for a technical rather than a political approach has shaped the behaviour of M5S deputies. In the words of the M5S blog, “if a law is good, we vote for it, if it is bad we do not vote for it”.

Competence and expertise is at the core of the M5S. Back in 2013, the Movement selected candidates in primary elections by obliging them to upload their CVs, a move which has ironically played out in the “CV-gate” row provoked by Guiseppe Conte’s nomination. This problem-solving approach is at the heart of the M5S’s interest in the internet and it was the basis for the vision of the internet put forward by another of the M5S’s founders, Gianroberto Casaleggio. What mattered about the internet for Casaleggio was its capacity to harness the collective intelligence of mankind in order to solve global problems like climate change and economic crisis. The M5S’s faith in technology is based on its epistemic qualities, on technology’s ability to advance what we know in order to solve the most intractable problems.