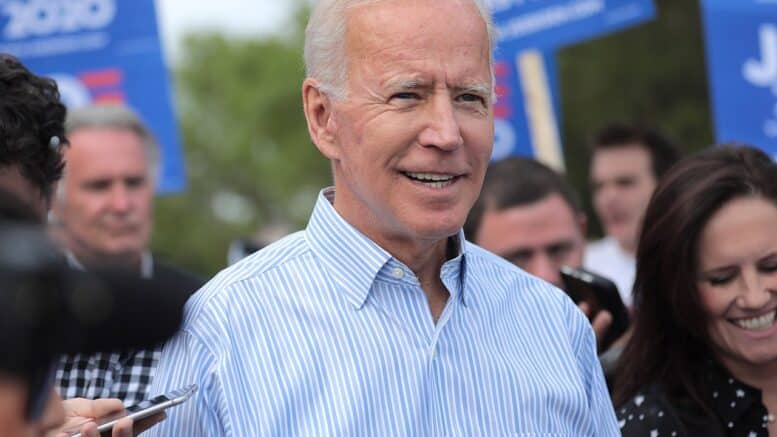 Former Vice President Joe Biden suggested that Americans limit their gatherings on Thanksgiving and adhere to coronavirus protocols in their private residences, citing experts who, according to the former vice president, recommend gatherings of “five people, maximum ten people” who are “socially distanced, wearing masks.”

Biden, whom the media have declared president-elect, detailed his view on holiday gatherings during a Monday press conference in Wilmington, Delaware, urging Americans to adhere to the advice of “health experts.”

“What is your message to people who are considering, for example, getting together with their families and others for Thanksgiving? Would you urge people to reconsider their plans?” a reporter asked.

“Here’s what I would do. Let me tell you what health experts have said to me,” Biden began.

“They strongly urge that, if, in fact, we’re going to have Thanksgiving with anyone, that we limit it to maximum, maximum, they suggest five people, maximum 10 people, socially distanced, wearing masks, and people who have quarantined,” he explained.

Biden said he has been discussing how his own family will handle Thanksgiving this year and told reporters that they have successfully “narrowed down which family members” will attend, adding, “and that they were tested, recently tested within 24 hours.”

He then urged the American people to “think about this” before gathering for Thanksgiving.

“I would strongly urge for the sake — not just your sake, for the sake of your children, your mother, your father, your sisters, your brothers, whoever you get together at Thanksgiving —  think about this,” he said, stressing that Americans should limit their holiday gatherings to ten people.

“There should be no group more than ten people in one room at one time. I mean, inside the home. That’s what they’re telling me. They’re telling me, making sure that that’s the case,” he said before emphasizing his belief in the importance of masks.

The day he is said to be incapable of serving his office, who..will be president then? It won’t be good either, as everyone “should” know.