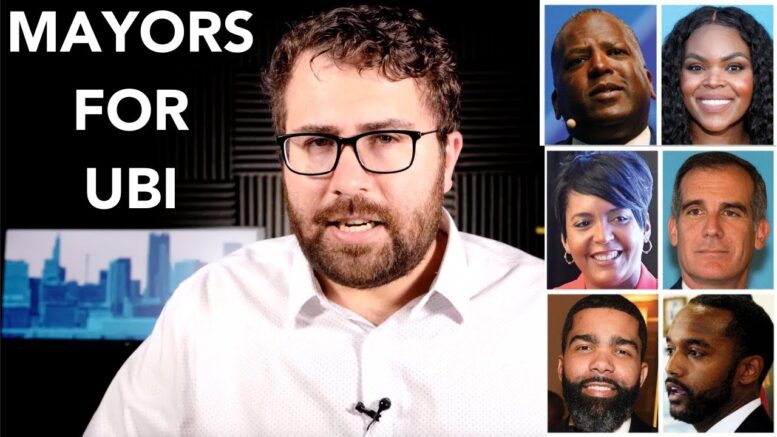 Please Share This Story!
PDF 📄
Technocrat and presidential candidate Andrew Yang ran on a platform including Universal Basic Income. Everybody laughed. Now, both sides of the political spectrum cannot stop talking about it as an answer to the pandemic-caused economic collapse. ⁃ TN Editor

With close to 30 million Americans still unemployed and thousands of businesses facing an uncertain future, calls for a “guaranteed income” are becoming louder.

Guaranteed income is giving cash to people who need it because they’re living in poverty. It should not be confused with a “Universal Basic Income,” which is money given to everyone regardless of employment situation or wealth.

The idea is centuries old but has actually been tried in very few nations. The most recent experiment occurred among 2000 unemployed workers in Finland. And, not surprisingly, it was mostly a failure. There were slight improvements in the feelings of “well-being” among the unemployed, but the two-year program had little effect on the unemployment rate or economic security.

The UBI has garnered support from the right and left alike. Conservatives find it attractive because if everyone had a basic income, almost the entire welfare state should virtually disappear as there would be no need for it. With a guaranteed income, however, all those programs remain and the guaranteed income program is just piled on top of it.

Proponents of guaranteed income aren’t concerned with statistics or whether people living in poverty find a job. For them, it’s all about the Benjamins and social justice.

“COVID-19 has shone a bright, hot light on our systemic failures,” said Mayor Libby Schaaf of Oakland, California. “Oakland has seen more than a doubling in homelessness, and I am terrified that once these eviction moratoriums expire, we will see a homelessness armageddon.”

Schaaf is another signatory of the Mayors for Guaranteed Income statement of principles. Her city was once thought of as the working-class sibling to San Francisco. In recent years Oakland has become unaffordable for many who’ve called it home for generations: Along with rising homelessness, gentrification is in overdrive, the poverty rate is creeping toward 20 percent, and a housing crisis looms ever larger. Schaaf says a guaranteed income is “powerful in its simplicity.”

What might give even more momentum to a guaranteed income is the post-pandemic economic landscape. How many shuttered businesses will never reopen? How many businesses will reopen but not be able to make it another six months? “Long-term” unemployment may be a huge factor in the post-pandemic economic environment. States, already reeling from budget crises as a result of the lockdowns, will need federal support of some kind to assist the unemployed for longer than the usual 18 to 26 weeks of benefits they currently offer.

You do realize that “giving” means taking from others? Which no longer makes it giving, but confiscation.

It would be better to fix the corrupt or broken System and allow for economic recovery.