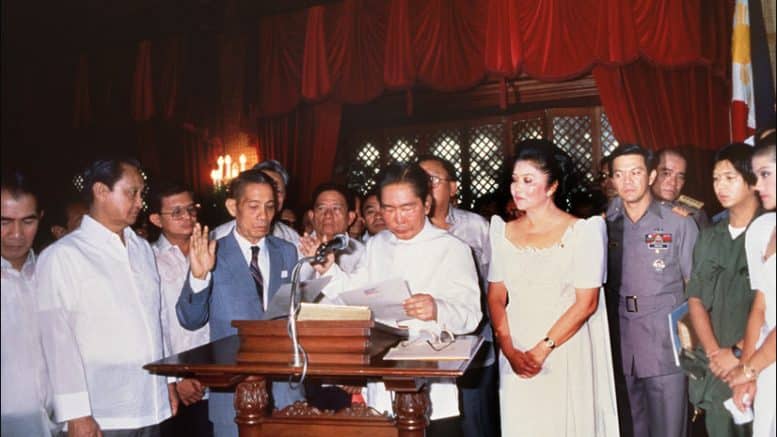 The Philippines was one of the first areas to embrace Technocrat government, beginning with Ferdinand Marcos martial rule from 1972-1986. Current President Duterte has also stacked his administration with Technocrats as well, keeping the hegemony alive. Technocrats and dictatorships more amicably coexist because both hate politicians and the political process. ⁃ TN Editor

Before Ferdinand Marcos’ martial rule (1972-1986), he recruited a number of technical experts to help him run the government and thenceforth put the word “technocrat” in the popular lexicon.

Marcos knew he needed technicians and scientists to make government manageable by parceling out the bureaucratic work among young-ish, able people from academe and the private sector.

It was like what Adolf Hitler and Benito Mussolini had done in Germany and Italy, respectively, during the Second World War. As the saying goes, they made the trains run on time.

They did make things run well. Which lulled many citizens to think Marcos meant well even after he imposed martial rule in the country on September 21,1972.

But Marcos decided to perpetuate himself in office. After he won reelection for another four-year term in 1969, things turned from bad to worse. Before his second term would end, he declared martial law in the entire country.

Abuse of power and extravagance in the lifestyle of the first family became par for the course. Marcos’ wife Imelda would become known around the world as the woman with 1,000 pairs of shoes. Objets d’art and other items of luxury and ostentation acquired during the martial law years, again reminiscent of the thievery perpetrated by Hitler’s Nazis, are still waiting disposition or being searched for to this day.

The military generals and their obedient soldiers kept Marcos in power. The technocrats kept the economy afloat.

Remnants of that technocracy still exist today, with the more senior ones safely placed in boards of directors of big companies. The technocrats’ idol and leader was finance and prime minister Cesar Virata, who is spoken of by his admirers in reverential tones and still called by them as “PM.”

The technocrats’ work couldn’t keep up with the looting of the country’s assets. Any decent person would have been nauseated by such a spectacle of plunder. When America finally denied Marcos its support, there was nowhere else he could go. Still, the US gave the Marcoses physical sanctuary, the island paradise of Hawaii.

I don’t remember if it was Virata himself or an apologist who said that if it weren’t for the technocrats, the economic situation during Marcos’ martial rule would have been worse.

That’s a naive statement because if it weren’t for the technocrats, Marcos would have been gone much earlier than 1986. Instead of making things better for the Filipinos, Virata’s technocrats helped prop up martial rule, aiding and abetting the brutality and abusiveness of the regime. Without the technocrats, martial law couldn’t have lasted once the plunder became too obvious and widespread.

Flashback to today. President Duterte has placed technocrats in his Cabinet and other government units. Duterte’s technocrats drafted the TRAIN tax package. They’re in charge of many other things, especially the big boss’ flagship undertaking, “Build, Build, Build.”