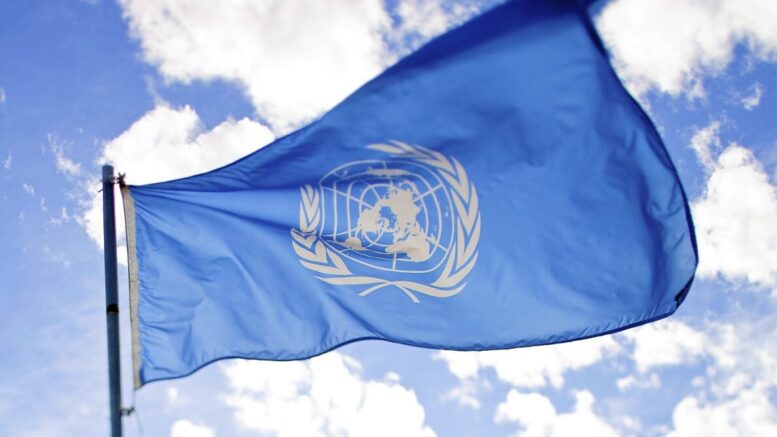 Posted By: Kimberly Ells via The Federalist August 23, 2022

Please Share This Story!
PDF 📄
The children of the world have long been a target for United Nations ideologues, and it’s a key assault in the larger war against humanity. Dumbed-down children grow up to be dumbed-down adults, mercilessly conditioned by Technocracy’s “Science of Social Engineering” to be good little global citizens. ⁃ TN Editor

School districts around the world are racing to implement Social and Emotional Learning (SEL) programs in the name of improving their students’ social and emotional skills. In fact, according to the global purveyor of SEL standards, 27 states so far have adopted K-12 SEL competencies, and all 50 states have adopted SEL competencies for pre-K students. But where is this massive push for SEL coming from, and what are the motives behind it?

The answer to this question is becoming clear: The United Nations Educational, Scientific, and Cultural Organization (UNESCO) is a primary force behind the SEL movement worldwide. A major way UNESCO advocates for SEL is through UNESCO’S Mahatma Gandhi Institute of Education for Peace and Sustainable Development. The Gandhi Institute produces an online publication called The Blue Dot, which features articles from SEL experts and others around the globe that highlight “the relationship between education, peace, sustainable development and global citizenship.” Invoking Gandhi’s name in the title of this United Nations entity is meant to pull at the heartstrings of anyone who hears it. But should our heartstrings be pulled?

SEL Is Key to Achieving the UN’s Sustainable Development Goals

The title of a feature article in The Blue Dot co-written by a specialist from the Gandhi Institute reveals why UNESCO is hellbent on getting SEL into every school in America and across the world: “SEL for SDGs: Why Social and Emotional Learning (SEL) is Necessary to Achieve the Sustainable Development Goals.” The “sustainable development goals” (SDGs) are noble-sounding goals that would essentially require government management of energy sources worldwide and the large-scale redistribution of wealth in the name of saving the planet.

In UNESCO’s view, the endgame of SEL is not to meet the social and emotional needs of each child, but to shape all children to meet the needs of a global society by adhering to the sustainable development goals.

The article explains that the UN’s sustainable development goals will create “dissonance” in people due to the conflicting nature of some of the goals. The goals will also create dissonance in people because of the monumental sacrifices that may be necessary to achieve them — giving up fossil fuels, family values, and control of one’s own property, to name a few.

Therefore, proponents say it is necessary to reduce children’s emotional resistance to the goals through systemic SEL in the classroom: “Since dissonance is an unpleasant emotive state, subjects of dissonance require emotion-regulatory capabilities (emotional resilience) to navigate the behaviors and prerequisite antecedents to attain [the] SDGs.” The article says, “Dissonance can be caused by beliefs, attitudes, values, and feelings,” and that “interventions to reduce dissonance are required to address … the intensity of emotional response.”

In short, they believe interventions by way of SEL programs are necessary to influence young people’s “beliefs, attitudes, values, and feelings” so they will more readily think like global citizens and cooperate with the goals UNESCO has set for the world.

Another article in The Blue Dot titled, “What is Systemic Social and Emotional Learning and Why Does it Matter?” and written by two officers from the Collaborative for Academic, Social and Emotional Learning (CASEL), says CASEL’s mission is to help make “SEL an essential part of the preschool to high school education.” CASEL has positioned itself as the world leader on SEL standards and has a cooperative relationship with UNESCO. These two entities are united in their zeal to weave SEL into all school subjects and to deliver it to all children everywhere.

Raising the Next Generation of ‘Global Citizens’

But why? What is it UNESCO wants to instill in children? UNESCO’s materials make it clear that SEL is intended to foster not only kindness between students, but cooperation with a global agenda rooted in the doctrine of collectivism. Nandini Chatterjee Singh, a program specialist for the Gandhi Institute, says “SEL skills are powerful competencies” that have been shown to “instill pluralistic thinking.” The institute’s website further says it is seeking to teach children to “exhibit prosocial behavior for … a peaceful and sustainable planet.”

In short, proponents of the sustainable development goals and SEL want to instill “pluralistic thinking” in your child in the name of global peace. They want children to be taught to value the “collective good” over individual liberties, rights, and property despite the fact that the freest, most prosperous nations in the world are founded on individual liberties, rights, and property.

Richard Davidson, a writer in The Blue Dot, says UNESCO’s Gandhi Institute is poised to disseminate SEL programs “that will have the potential to influence the development of the next generation of global citizens,” and he declares, “I believe that today we have a moral obligation to incorporate SEL into our educational systems at all levels.” Similarly, CASEL says, “SEL at the classroom level needs to be embedded in coordinated, systemic, whole-child, school-wide approaches.” (For more on whole-child, whole-school approaches to education, see here.)

In another SEL article in The Blue Dot, Mahima Bhalla, learning coordinator for the Gandhi Institute, says that “in order to contribute to the goal of peaceful and sustainable societies,” his organization “recognizes the need to move beyond only academic purposes of education” and instead focus on influencing the social and emotional state of students. This indicates a clear sea change in the purpose of education.

What we’re seeing is a society created for satan by his satanic inspired henchmen and women. They and the devil both are working to lead souls straight into the lake of fire where he and his servants are surely going.

who hope to create a world conspired by the few Psychopaths’ – Its NOT GOING TO HAPPEN!!!

Then The Technocrats Came For The Children… – David Icke

[…] Read More: Then The Technocrats Came For The Children… […]

[…] Then The Technocrats Came For The Children… […]