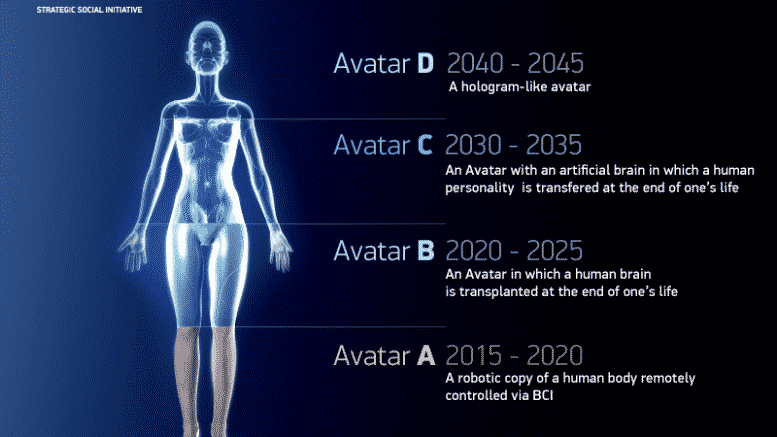 The transhuman fantasy of downloading their brains into a computer network persists no matter what evidence to the contrary is presented. Although Ray Kurzweil was the first high-profile technologist to popularize this, many other scientists have since jumped on the bandwagon. Transhumanism and Technocracy are the twin creations of Scientism. ⁃ TN Editor
Futurologist Dr Ian Pearson believes humans will one day be hooked up to external machines while alive to boost intelligence.

Such technology could also improve memory and sensory capacity, he added.

And the former cybernetics engineer contends that when you die, 99 per cent of “you” will still be running on a machine.

It has led the former rocket scientist to emphatically claim humans will be attending their own funerals in less than 32 years.

Dr Pearson wrote on his blog, Futurizon: “Most of my blogs about immortality have been about the technology mechanism – adding external IT capability to your brain, improving your intelligence or memory or senses by using external IT connected seamlessly to your brain so that it feels exactly the same.

“Until maybe, by around 2050, 99% of your mind is running on external IT rather than in the meat-ware in your head.”

He added: “One day, your body dies and with it your brain stops, but no big problem, because 99% of your mind is still fine, running happily on IT, in the Cloud.

“Assuming you saved enough and prepared well, you connect to an android to use as your body from now on, attend your funeral, and then carry on as before, still you, just with a younger, highly upgraded body.

“Some people may need to wait until 2060 or later until android price falls enough for them to afford one.

“In principle, you can swap bodies as often as you like, because your mind is resident elsewhere, the android is just a temporary front end, just transport for sensors.

“You’re sort of immortal, your mind still running just fine, for as long as the servers carry on running it.

“Not truly immortal, but at least you don’t cease to exist the moment your body stops working.”

His prediction comes amid a surge of warnings about the impact of robots on the human race.

Earlier this week it emerged that robot submarines are poised to take to the seas in the next five years.

Such machines – expected to be released by China – would be capable of “kamikaze attacks”, a scientist claims.