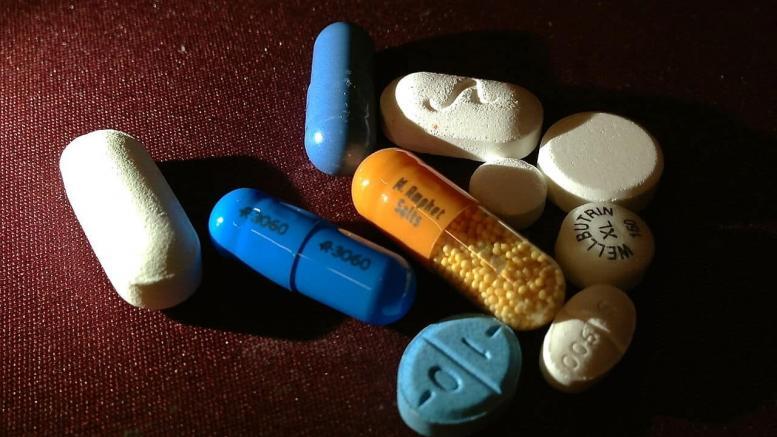 Please Share This Story!
PDF 📄
The Trilateral Commission preached ‘interdependence’ when it was founded in 1973, then Brzezinski normalized relations with China in 1976 and seeded it with Technocracy. The rest is history and here we are. ⁃ TN Editor

China could effectively shut down America’s healthcare system within months given the one-party state’s “global chokehold” on the manufacturing of medicines and medical supplies, explained Rosemary Gibson, author of China Rx: Exposing the Risks of America’s Dependence on China for Medicine.

Mansour noted how the coronavirus outbreak in China has exposed America’s dangerous dependence on Chinese production of pharmaceutical and medical supplies, including an estimated 97 percent of all antibiotics and 80 percent of the active pharmaceutical ingredients needed for domestic drug production.

Gibson said, “If China shuts the door on exports of medicines and the ingredients to make them, within a couple of months our pharmacies would be empty. Our healthcare system would cease to function. That’s how dependent we are.”

Many over-the-counter supplements sold in the U.S. are at least partly manufactured in China, Gisbon noted. “We can’t make [vitamin C] here anymore. That comes from China.”

America has lost much of its manufacturing apparatus for medicines to China via globalization, explained Gibson. “With our medicines, it’s not just the active ingredient [that is made in China]. It’s the raw chemicals, the molecules, the white powdery stuff, that we also depend on China for. That’s where China has the real global chokehold.”

Gibson explained how generic drugs manufacturers around the world are dependent on China for raw materials.

“Another shocking thing I discovered is that India and its huge generic [drug] industry — they’re the top generic producer in the world, although I think China’s going to overtake them in about five to ten years — even India depends on China,” Gibson stated.” [India’s] generic industry would shut down within weeks and months without those core components, and you see it in the Indian press, right now, that they’re already concerned about this because this coronavirus in China is really disrupting supply chains.”

China uses predatory mercantilist policies — including dumping — to undercut American and Western drug manufacturers, just as the communist state did with steel and other commodities, noted Mansour.

https://www.rt.com/shows/keiser-report/480998-coronavirus-developments-pharmaceutical-prices/ But they will still make money