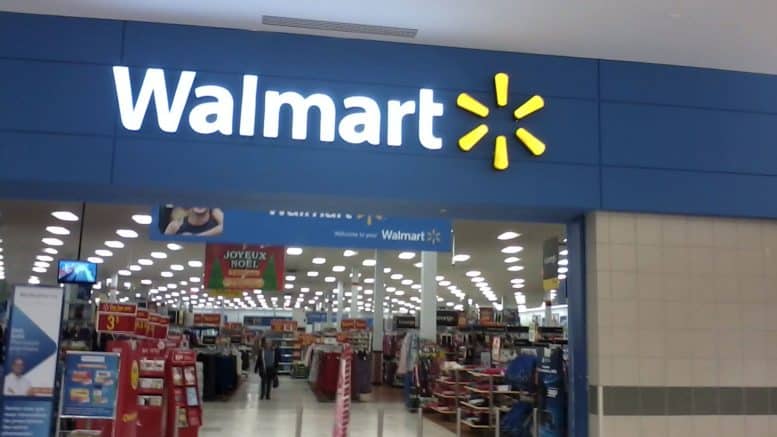 Please Share This Story!
PDF 📄
Janitors can write off floor care as part of their duties, which means layoffs for some jobs. Robot automation is disproportionately replacing lower-skilled and low-paid jobs that are essential for unskilled employees. ⁃ TN Editor

Robots are coming to a Walmart Inc. near you, and not just as a gimmick.

The world’s largest retailer is rolling out 360 autonomous floor-scrubbing robots in some of its stores in the U.S. by the end of the January, it said in a joint statement with Brain Corp., which makes the machines. The autonomous janitors can clean floors on their own even when customers are around, according to the San Diego-based startup.

Walmart has already been experimenting with automating the scanning of shelves for out-of-stock items and hauling products from storage for online orders. Advances in computer vision are also making it possible to use retail floor data to better understand consumer behavior, improve inventory tracking and even do away with checkout counters, as Amazon.com Inc. is trying to do with its cashierless stores. Brain’s robots are equipped with an array of sensors that let them to gather and upload data.

“We can take anything that has wheels and turn it into a fully autonomous robot, provided that it can go slow and stopping is never a safety concern,” said Brain Chief Executive Office Eugene Izhikevich. “And it’s more than just navigation. It is to robots what Android operating system is to smartphones.”

Brain doesn’t make its own hardware, focusing instead on developing software — BrainOS — that endows machines with autonomy in closed environments. At first, the machines were need to be operated by humans, who “teach” the layout of the space that needs cleaning. After that the robots can perform the task autonomously.

The robots, which look like a cross between a miniature Zamboni and a motorized wheel chair, already scrub floors at airports in Seattle, San Diego, Boston and Miami, Izhikevich said. Brain last month unveiled a smaller version of the machine developed jointly with SoftBank Group Corp.’s robotics arm and aimed at the Japanese market. At that time, Izhikevich said he’s looking to deploy the robots for security patrol and deliveries inside big-box stores.