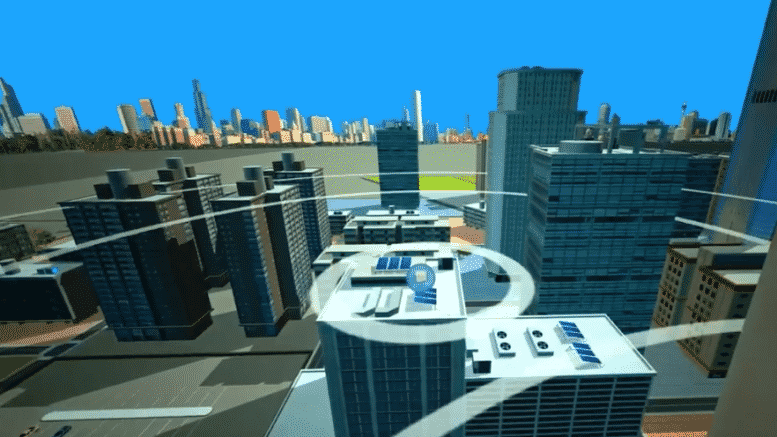 Please Share This Story!
PDF 📄
The vast majority of Americans have no idea of Big Tech’s massive drive to make digital slaves out of every urban dweller. Smart street lights will often be at the heart of data collection and coordination. ⁃ TN Editor

Such a benign and banal part of the urban landscape that city-dwellers may not even notice them, street lights are useful for brightening up a road and not much else – or so you might think. People these days are used to the idea of CCTV cameras, even hidden ones, but street lights tend to blend in to the background. Perhaps that is why they are finding new functions in the modern world, with its zealotry for surveillance. These seemingly innocuous devices can host anything from microphones and cameras to facial recognition and de facto compulsory 5Gwifi transmission.

LED lampposts are being installed in cities and public places across the world, only partly because of their economical, energy-saving properties. With the new installations comes a wide range of sensors designed to capture data on public activity. As Chuck Campagna, CEO of lighting company Amerlux, told The New York Times, “We are opening up an entirely new area in lighting applications and services, including video-based security and public safety, parking management, predictive maintenance and more.”

“We see outdoor lighting as the perfect infrastructure to build a brand new network,” added Hugh Martin, chief executive of the company Sensity, which installed smart lighting at Newark airport. “We felt what you’d want to use this network for is to gather information about people and the planet.”

Lighting in a Smart City

In April 2018, Singapore announced that it would run a “Lamppost-as-a-Platform” pilot program, in which a variety of sensors, including cameras linked to facial-recognition technology, would be attached to street lighting. GovTech, the department in charge of the project, told Reuters that the technology would be used to perform “crowd analytics” and help in terrorism investigations. According to the city-state’s former top civil servant Peter Ong, the goal is to link every lamppost to a network of sensors. In October, it was announced that Singapore Technologies Engineering (STENGG) had won the bid to provide the technology, and a similar smart lamppost program would commence in Hong Kong, where 50 of the lights are set to be installed by June. The Hong Kong lamppost design certainly contains surveillance cameras, but it is unclear whether they also will be linked to facial-recognition programs.

STENGG’s smart lampposts are designed merely to be a thread in a wider Internet of Things web, in which virtually every object is connected to a shared network. As part of such a system, lampposts are so much more than just street illuminators; they are multi-purpose devices used to monitor the cityscape. The design incorporates environmental sensors, a wifi hotspot, an infotainment display, radar for vehicle monitoring, and, of course, equipment for “public safety and traffic surveillance.” Naturally, this aspect of the network is downplayed; a promotional video for the company’s WISX Internet of Things system doesn’t mention population surveillance at all, and neither does a Hong Kong government brochure.

Singapore is a successful country but one well known for highly controlled social discipline. Would Western countries allow such potentially invasive technology to be planted on every street?

In STENGG’s 2018 sustainability performance review, CEO Vincent Chong says the company has been hired to enable smart street lighting in cities in Canada, the United States, Britain, New Zealand, and Israel, as well for as other infrastructure projects across the globe.

It isn’t necessary to create an entire smart grid in order to install surveillance technology into street lights. As early as 2007, the idea of securing cameras to street lights was being discussed in the United Kingdom; in 2010, a system of microphones was deployed on street lights in several British cities. The high-powered microphones were designed to pick up on angry or distressed voices and suspicious sounds, automatically triggering a linked camera to zoom in on the source of the noise.

Similar technology has been used in several U.S. cities, most notably New York, which fixed microphones to street lamps in high-crime neighborhoods. The ShotSpotter sensors are said to pick up only loud, suspicious noises, such as gunshots or shouting, and then send an alert to the police department. Although the data appear to have been less than dependable, it has not stopped police from attempting to use it as evidence in criminal trials.

“There’s a few things that are problematic,” said Monroe County Assistant Public Defender Katie Higgins, working on behalf of Silvon Simmons, a man on trial for allegedly shooting at a police officer in 2016, based on ShotSpotter recordings. “One is that it was designed to be an investigative tool for the police, to alert them to possible gunfire and allow them to respond to see if there are civilian witnesses or other evidence of gunfire. But it was not designed to be used as actual primary evidence (in a trial).” The judge in the case apparently agreed, having ruled the recordings too “unreliable” for use as the key piece of evidence to convict a man.

In 2017, San Diego became perhaps the U.S. city most invested in surveillance street lighting, teaming up with General Electric to install cameras, microphones, and sensors in more than 3,000 lampposts. Other locales, as well as federal agencies, have ordered recording equipment for installation in street lamps. Immigration and Customs Enforcement (ICE) and the U.S. Drug Enforcement Administration (DEA) have purchased such devices, Quartz reports, based on government procurement documents.

“We do street light concealments and camera enclosures. Basically, there’s businesses out there that will build concealments for the government and that’s what we do. They specify what’s best for them, and we make it. And that’s about all I can probably say .… I can tell you this—things are always being watched. It doesn’t matter if you’re driving down the street or visiting a friend, if government or law enforcement has a reason to set up surveillance, there’s great technology out there to do it.”

Urban Solution or Tool of Tyranny?

Finally, 5G wireless internet is well and truly being rolled out in 2019. While previous wifi connections, such as 4G, have been optional in one’s home – a resident could either choose to purchase wifi or not – street lights are one of the vehicles to carry 5G transmitters. Due to the high-frequency, short-range nature of 5G’s millimeter waves, it’s necessary to situate transmitters at regular intervals in order to keep a signal going. You will no longer have any choice over whether you want a constant wifi signal in your residence; it will be effectively mandatory for all urban dwellers because the electromagnetic signals will be blasted into homes from the street. Given the untested nature of 5G technology, some people may want a little more control over their exposure than that.

Are smart lampposts the next great solution for urban planning and city management, or a convenient mechanism for public surveillance? It seems almost ridiculous to suggest that street lamps could be the next most useful tool of tyranny, but their very banality and regular placement on streets makes them the perfect vehicle to monitor – and, therefore, control – wide swathes of the world’s population.

They have installed a dozen or so LED streetlamps near me (Los Angeles). Not to worry though, the homeless / drug addicts have broken into the pull boxes between the lamp posts and made off with all the wire!!

I would have never thought of doing such a thing. Very clever. Copper is worth a lot of money at a scrapyard.

I knew it. The homeless, the drug addicts and the birds will save the world. I can continue sitting in my armchair with a lager and a raised finger.