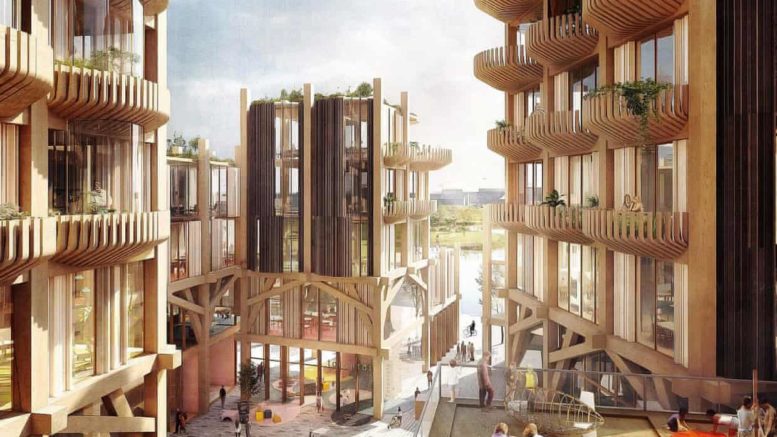 Please Share This Story!
PDF 📄
Google tricked Toronto into creating the model smart city, Quayside. Venture capitalist Roger McNamee states: “It is a dystopian vision that has no place in a democratic society.” And yet, Smart City tech is a tsunami to the U.S. ⁃ TN Editor

A “smart city” project in Canada has hit yet another snag, as mounting delays and privacy concerns threaten the controversial development along the Toronto’s eastern waterfront.

The 12-acre Quayside project, a partnership between Google’s Sidewalk Labs and the city of Toronto, has come under increasing scrutiny amid concerns over privacy and data harvesting.

This week, the US venture capitalist Roger McNamee warned that technology companies such as Google cannot be trusted to safely manage the data they collect on residents.

“The smart city project on the Toronto waterfront is the most highly evolved version to date of … surveillance capitalism”, he wrote to the city council, suggesting Google will use “algorithms to nudge human behavior” in ways to “favor its business”.

McNamee, an early investor in Facebook and Google, is co-founder of Silver Lake Partners, one of the world’s largest technology investors.

But in recent years, he has soured on many of the technology giants and their handling of data and privacy concerns.

“No matter what Google is offering, the value to Toronto cannot possibly approach the value your city is giving up,” he wrote, pleading with officials to abandon the project. “It is a dystopian vision that has no place in a democratic society.”

The letter follows news that the project’s advisory panel, Waterfront Toronto, plans to delay a planned vote on the Quayside development to ensure it can undertake an “accountable, transparent, and extensive” evaluation of Sidewalk Labs’ plans, which are expected to be submitted in the coming weeks.

“We have adjusted our expected timelines accordingly to ensure that the evaluation process has the time required to meet the expectations of Waterfront Toronto, and the public as a whole,” spokesman Andrew Tumilty said in a statement.

McNamee’s criticisms are the latest in a growing chorus of opposition to the project by high-profile technology investors and executives.

In 2017, Sidewalk Labs won a proposal to develop a 12-acre section of Toronto’s eastern waterfront. The proposal also left the possibility of developing as many as 800 acres of the city’s Port Lands area in the coming years.

Originally seen as a tool for addressing affordability and transportation issues in the city, Quayside was meant to be one of the world’s first “smart cities”, drawing on environmentally conscious design and emerging technologies to “accelerate urban innovation and serve as a beacon for cities around the world”. Sidewalk Labs intends to build 2,500 housing units, nearly half of them under market value.

Despite initial public support for the project, Quayside has been dogged by fears of data harvesting, privacy concerns and an overall lack of transparency.