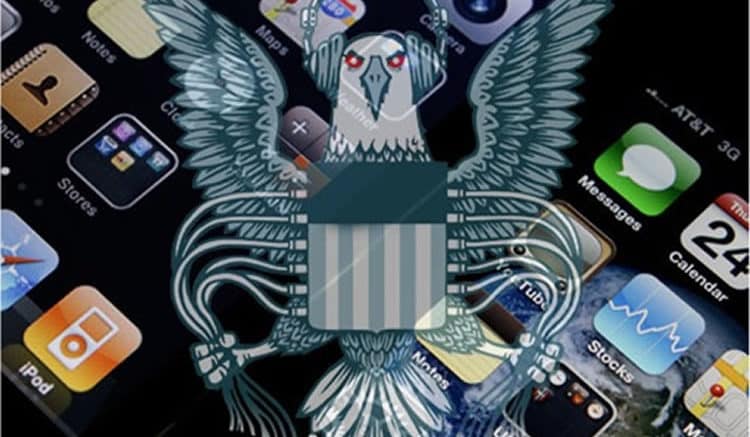 Please Share This Story!
PDF 📄
Who is leading whom? The Technocrats of Big Tech can lead government around by the nose, because they have the ultimate tools of scientific social engineering and the government does not. ⁃ TN Editor

George Orwell was a brilliant individual.  A man of incredible insight – and foresight.

In his unfathomably predictive novel 1984, Orwell warns of Big Brother:

“(O)stensibly the leader of Oceania, a totalitarian state wherein the ruling party Ingsoc wields total power ‘for its own sake’ over the inhabitants.

“In the society that Orwell describes, every citizen is under constant surveillance by the authorities, mainly by telescreens.…The people are constantly reminded of this by the slogan ‘Big Brother is watching you’: a maxim that is ubiquitously on display.

“In modern culture, the term ‘Big Brother’ has entered the lexicon as a synonym for abuse of government power, particularly in respect to civil liberties, often specifically related to mass surveillance.”

As brilliant as Orwell was, something continuously struck me as incorrect as I read 1984.

Orwell’s government – was extraordinarily competent in its totalitarian imposition of technological power.

In Reality – no government in the history of man has ever been even remotely close to that competent.

Big Tech has delivered much of the technology Orwell envisioned.  As but one of many examples – Orwell’s telescreens:

“(D)evices that operate as televisions, security cameras, and microphones….(T)elescreens are used by the ruling Party in the totalitarian fictional State of Oceania to keep its subjects under constant surveillance, thus eliminating the chance of secret conspiracies against Oceania.”

We’re already all the way there – via Big Tech.

How Google and Amazon Are ‘Spying’ on You:

“The study found that digital assistants (Google Home and Amazon Echo) can be ‘awake’ even when users think they aren’t listening….

“(T)he devices listen all the time they are turned on – and Amazon has envisioned Alexa using that information to build profiles on anyone in the room….

“Amazon filed a patent application for an algorithm that would let future versions of the device identify statements of interest, such as ‘I love skiing’, enabling the speaker to be monitored based on their interests and targeted for related advertising.

“A Google patent application describes using a future release of it smart Home system to monitor and control everything from screen time and hygiene habits, to meal and travel schedules and other activities.

“The devices are envisioned as part of a surveillance web in the home to chart a families’ patterns….”

This is ALL insanely creepy.

These four spying companies – are currently worth a combined $3.7 trillion.  Our nation’s entire economy – is $19.4 trillion.

Which means these four companies – all by themselves – are worth 19% of the United States.

But it’s Big Tech doing the spying – not Big Government.

Anyone who looks at Big Tech’s all-encompassing spying ability and thinks Big Government is capable of doing anything remotely similar – hasn’t paid attention to the past 10,000 years of human history.

The ONLY way Big Government can impose Big Brother – is to partner with Big Tech.

The Role of Tech Companies in Government Surveillance

“Right now, the government is tracking the movements of private citizens by GPS, reading private citizens’ emails, and possibly even reading what you’re saying on Facebook.”

“It first gained attention after the revelations of NSA whistleblower Edward Snowden in 2013. Congress is in the process of weighing reforms for the program. It must vote to renew Section 702 before the end of the year, otherwise it will expire.

“The letter, addressed to the chairman of the House Judiciary Committee, asks Congress to consider several reforms to the program to ensure greater transparency and privacy protections.”

We can now officially refer to those – as the Good Old Days.

Why would Big Tech fight Big Government – when they can get paid to join them?

And the Big Government-Big Tech surveillance state – is getting closer and closer to home.

In fact – just outside…and inside it.

“Police departments across the country, from major cities like Houston to towns with fewer than 30,000 people, have offered free or discounted Ring doorbells to citizens, sometimes using taxpayer funds to pay for Amazon’s products.

“While Ring owners are supposed to have a choice on providing police footage, in some giveaways, police require recipients to turn over footage when requested….

“More than 50 local police departments across the US have partnered with Ring over the last two years, lauding how the Amazon-owned product allows them to access security footage in areas that typically don’t have cameras — on suburban doorsteps….

“‘What we have here is a perfect marriage between law enforcement and one of the world’s biggest companies creating conditions for a society that few people would want to be a part of,’ said Mohammad Tajsar, staff attorney at the ACLU of Southern California.”

That’s the outside of your home.  Here’s the in….

The Government Just Admitted It Will Use Smart Home Devices for Spying:

“If you want evidence that US intelligence agencies aren’t losing surveillance abilities because of the rising use of encryption by tech companies, look no further than the testimony…by the (then) director of national intelligence, James Clapper….

“Clapper made clear that the internet of things – the many devices like thermostats, cameras and other appliances that are increasingly connected to the internet – are providing ample opportunity for intelligence agencies to spy on targets, and possibly the masses. And it’s a danger that many consumers who buy these products may be wholly unaware of….

“Privacy advocates have known about the potential for government to exploit the internet of things for years. Law enforcement agencies have taken notice too, increasingly serving court orders on companies for data they keep that citizens might not even know they are transmitting. Police have already been asking Google-owned company Dropcam for footage from cameras inside people’s homes meant to keep an eye on their kids.”

Orwell got the tech right – just not Big Government’s ability to create it for totalitarian ends.

Freedom has allowed for the free markets – that allowed the rise of the private sector Big Tech Orwell thought Big Government would produce.

And now Big Tech and Big Government are partnering – to end that freedom.

I’m sure Big Tech and Big Government will be just fine.