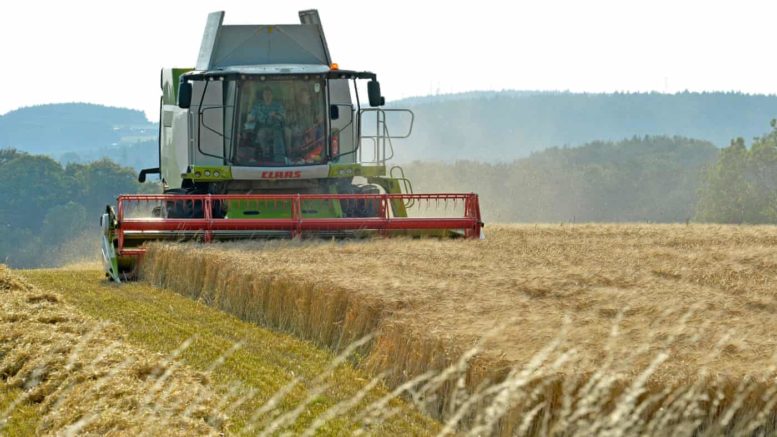 The UK says farm practices must radically change to be sustainable and friendly to the environment, claiming that the true cost of cheap food is health and climate crisis.

The hallmark of Technocracy is that Technocrats think they are experts at everything, even if they know nothing about it. Pushing agriculture backwards will precipitate a region-wide famine.⁃ TN Editor

The true cost of cheap, unhealthy food is a spiralling public health crisis and environmental destruction, according to a high-level commission. It said the UK’s food and farming system must be radically transformed and become sustainable within 10 years.

The commission’s report, which was welcomed by the environment secretary, Michael Gove, concluded that farmers must be enabled to shift from intensive farming to more organic and wildlife friendly production, raising livestock on grass and growing more nuts and pulses. It also said a National Nature Service should be created to give opportunities for young people to work in the countryside and, for example, tackle the climate crisis by planting trees or restoring peatlands.

“Our own health and the health of the land are inextricably intertwined [but] in the last 70 years, this relationship has been broken,” said the report, which was produced by leaders from farming, supermarket and food supply businesses, as well as health and environment groups, and involved conversations with thousands of rural inhabitants.

“Time is now running out. The actions that we take in the next 10 years are critical: to recover and regenerate nature and to restore health and wellbeing to both people and planet,” said the commission, which was convened by the RSA, a group focused on pressing social challenges.

The commission said most farmers thought they could make big changes in five to 10 years if they got the right backing.

“Farmers are extraordinarily adaptable,” said Sue Pritchard, director of the RSA commission and an organic farmer in Wales. “We have to live with change every single day of our lives.

“We are really keen that farmers feel they are in the driving seat and that they can be a force of change. At the moment, a lot of farmers feel beleaguered and that they have become the bad guys. But without sustainable, secure and safe farming in the UK, we will not survive.”

The commission criticised decades of government policy aimed at making food cheaper, fuelling rising obesity and other health problems. “The true cost of that is simply passed off elsewhere in society – in a degraded environment, spiralling ill health and impoverished high streets,” said the report.

Pritchard said the UK had the third cheapest basket of food in the developed world, but also had the highest food poverty in Europe in terms of people being able to afford a healthy diet. Type 2 diabetes, a diet-related illness, costs the UK £27bn a year, she said.

The commission also said agriculture produced more than 10% of the UK’s climate-heating gases and was the biggest destroyer of wildlife; the abundance of key species has fallen 67% since 1970 and 13% of species are now close to extinction.

To solve these crises, the commission said “agroecology” practices must be supported – such as organic farming and agroforestry, where trees are combined with crops and livestock such as pigs or egg-laying hens.

The commission has also adapted for the UK a recently published scientific dietthat is both nutritious and environmentally sustainable. While it and other studies recommend large reductions in meat-eating, Pritchard said: “There is a strong case to be made [in the UK] to support sustainable beef and lamb in the places where grass is the best thing to grow.”

The so-called planetary health diet calls for more nuts and pulses in diets and Pritchard said these and more vegetables could be grown in the UK. Hazelnuts and walnuts are native to the UK, she pointed out, and some farmers are now starting to grow crops like lentils and quinoa, as well as beans and peas.

The commission said the government must develop a plan to put the countryside and the communities living there at the centre of the green economy.

“[Brexit] creates a once-in-50-years opportunity to change our food and farming system, but we need to act now: the climate emergency makes urgent, radical action on the environment essential,” said Sir Ian Cheshire, chair of the RSA commission and also a senior government adviser.

Gove said: “This report raises issues that are hugely important. We know that it is in the interests of farmers and landowners to move to a more sustainable model.” He added that the government’s agriculture bill would reward farmers with public money for public goods and a new “farm to fork” food review would look to ensure everyone had access to healthy British food.

The report was backed by Labour and the Liberal Democrats. The Green MP Caroline Lucas said: “This monumental report is a powerful and profound account of the ecological transformation of our food and farming system that we urgently need – and where we can start.”

The commission said a new non-profit bank should be set up to provide finance to farmers investing in new practices.

With Brexit uncertainty worrying farmers, the commission urged minister to stop delays on policy and trade decisions and commit to a future-proof ambition by January 2020. It also said schools, hospitals and prisons should buy more sustainably produced British food.

Prof Joanna Price, the vice-chancellor of the Royal Agricultural University, said: “The report paints an honest picture of the challenges and sets out some bold ideas to address them. We strongly agree that farming can be a force for positive change and that rural communities can thrive as a powerhouse for a green economy.”