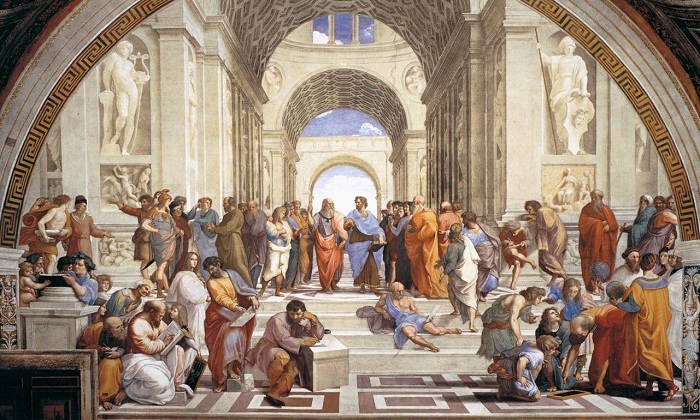 Democracy is tired, vindictive, self-deceiving, paranoid, clumsy and frequently ineffectual. Much of the time it is living on past glories. This sorry state of affairs reflects what we have become. But current democracy is not who we are. It is just a system of government, which we built, and which we could replace. So why don’t we replace it with something better?

This line of argument has grown louder in recent years, as democratic politics has become more unpredictable and, to many, deeply alarming in its outcomes. First Brexit, then Donald Trump, plus the rise of populism and the spread of division, has started a tentative search for plausible alternatives. But the rival systems we see around us have a very limited appeal. The unlovely forms of 21st-century authoritarianism can at best provide only a partial, pragmatic alternative to democracy. The world’s strongmen still pander to public opinion, and in the case of competitive authoritarian regimes such as the ones in Hungary and Turkey, they persist with the rigmarole of elections. From Trump to Recep Tayyip Erdoğan is not much of a leap into a brighter future.

There is a far more dogmatic alternative, which has its roots in the 19th century. Why not ditch the charade of voting altogether? Stop pretending to respect the views of ordinary people – it’s not worth it, since the people keep getting it wrong. Respect the experts instead! This is the truly radical option. So should we try it?

The name for this view of politics is epistocracy: the rule of the knowers. It is directly opposed to democracy, because it argues that the right to participate in political decision-making depends on whether or not you know what you are doing. The basic premise of democracy has always been that it doesn’t matter how much you know: you get a say because you have to live with the consequences of what you do. In ancient Athens, this principle was reflected in the practice of choosing office-holders by lottery. Anyone could do it because everyone – well, everyone who wasn’t a woman, a foreigner, a pauper, a slave or a child – counted as a member of the state. With the exception of jury service in some countries, we don’t choose people at random for important roles any more. But we do uphold the underlying idea by letting citizens vote without checking their suitability for the task.

Critics of democracy – starting with Plato – have always argued that it means rule by the ignorant, or worse, rule by the charlatans that the ignorant people fall for. Living in Cambridge, a passionately pro-European town and home to an elite university, I heard echoes of that argument in the aftermath of the Brexit vote. It was usually uttered sotto voce – you have to be a brave person to come out as an epistocrat in a democratic society – but it was unquestionably there. Behind their hands, very intelligent people muttered to each other that this is what you get if you ask a question that ordinary people don’t understand. Dominic Cummings, the author of the “Take Back Control” slogan that helped win the referendum, found that his critics were not so shy about spelling it out to his face. Brexit happened, they told him, because the wicked people lied to the stupid people. So much for democracy.

To say that democrats want to be ruled by the stupid and the ignorant is unfair. No defender of democracy has ever claimed that stupidity or ignorance are virtues in themselves. But it is true that democracy doesn’t discriminate on the grounds of a lack of knowledge. It considers the ability to think intelligently about difficult questions a secondary consideration. The primary consideration is whether an individual is implicated in the outcome. Democracy asks only that the voters should be around long enough to suffer for their own mistakes.

The question that epistocracy poses is: why don’t we discriminate on the basis of knowledge? What’s so special about letting everyone take part? Behind it lies the intuitively appealing thought that, instead of living with our mistakes, we should do everything in our power to prevent them in the first place – then it wouldn’t matter who has to take responsibility.

This argument has been around for more than 2,000 years. For most of that time, it has been taken very seriously. The consensus until the end of the 19th century was that democracy is usually a bad idea: it is just too risky to put power in the hands of people who don’t know what they are doing. Of course, that was only the consensus among intellectuals. We have little way of knowing what ordinary people thought about the question. Nobody was asking them.

Over the course of the 20th century, the intellectual consensus was turned around. Democracy established itself as the default condition of politics, its virtues far outweighing its weaknesses. Now the events of the 21st century have revived some of the original doubts. Democracies do seem to be doing some fairly stupid things at present. Perhaps no one will be able to live with their mistakes. In the age of Trump, climate change and nuclear weapons, epistocracy has teeth again.

So why don’t we give more weight to the views of the people who are best qualified to evaluate what to do? Before answering that question, it is important to distinguish between epistocracy and something with which it is often confused: technocracy. They are different. Epistocracy means rule by the people who know best. Technocracy is rule by mechanics and engineers. A technocrat is someone who understands how the machinery works.

In November 2011, Greek democracy was suspended and an elected government was replaced by a cabinet of experts, tasked with stabilising the collapsing Greek economy before new elections could be held. This was an experiment in technocracy, however, not epistocracy. The engineers in this case were economists. Even highly qualified economists often haven’t a clue what’s best to do. What they know is how to operate a complex system that they have been instrumental in building – so long as it behaves the way it is meant to. Technocrats are the people who understand what’s best for the machine. But keeping the machine running might be the worst thing we could do. Technocrats won’t help with that question.

Both representative democracy and pragmatic authoritarianism have plenty of space for technocracy. Increasingly, each system has put decision-making capacity in the hands of specially trained experts, particularly when it comes to economic questions. Central bankers wield significant power in a wide variety of political systems around the world. For that reason, technocracy is not really an alternative to democracy. Like populism, it is more of an add-on. What makes epistocracy different is that it prioritises the “right” decision over the technically correct decision. It tries to work out where we should be going. A technocrat can only tell us how we should get there.