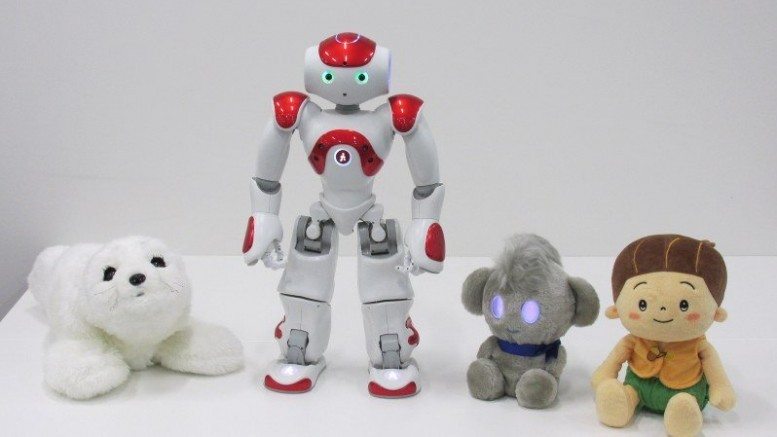 Robot nannies for the elderly are already racing forward, and now it is discovered that robot pets are a great addition to the mix. Where humans have abdicated their proper role in caring for the elderly, robots will be happy to fill the void. I wonder if Grandma will say, “I only wish I had loved my robot more?” ⁃ TN Editor

The toy company Hasbro’s Joy for All brand launched a new life-like robotic dog on Monday, a companion pet pup to accompany the brand’s companion pet cat already on the market. Both products are designed to bring companionship and comfort to aging adults.

The robotic cat is equipped with a soft fur that gently vibrates when it purrs, while the pup barks and cocks its head in your direction when you speak.

But Hasbro’s adorable animatronics aren’t the only pet robots on the market. The company Hansa Creations has created a collection of interactive cats and dogs of various breeds, for instance.

And Paro, the cuddly seal robot developed by Japan’s National institute of Advanced Industrial Science and Technology, is used as an interactive therapeutic tool in hospitals and senior living facilities across the United States. Paro soared to fame after being featured in Aziz Ansari’s Netflix series “Master of None.”

Scientists have long known that owning a pet can offer a variety of health benefits, from lowering blood pressure, cholesterol levels and feelings of loneliness, to boosting opportunities to exercise and socialize.

Yet, as robot companions aim to be man’s next best friend — which seems to be somewhat already happening in Japan — could they offer some of the same health benefits as our real animal best friends? For seniors and children, they just might, according to a few small studies, but more research is needed.

The benefits for grandma

A series of small studies have explored how bots might benefit seniors.

Researchers at the University of Auckland in New Zealand discovered that a robot companion — such as the seal Paro — can offer benefits to senior adults similar to that of a living animal, according to a small study published in the Journal of Post-Acute and Long-Term Care Medicine in 2013.

For the study, 40 residents at a retirement home in Auckland, New Zealand, were separated into two groups of 20. One group was assigned to interact with the seal robot Paro for two weekday afternoons for 12 weeks. Meanwhile, the other group was assigned to go on trips around the city and participate in activities, such as arts and crafts or bingo.

Before and after the 12-week period, participants in both groups completed tests intended to measure their loneliness, depression and quality of life.