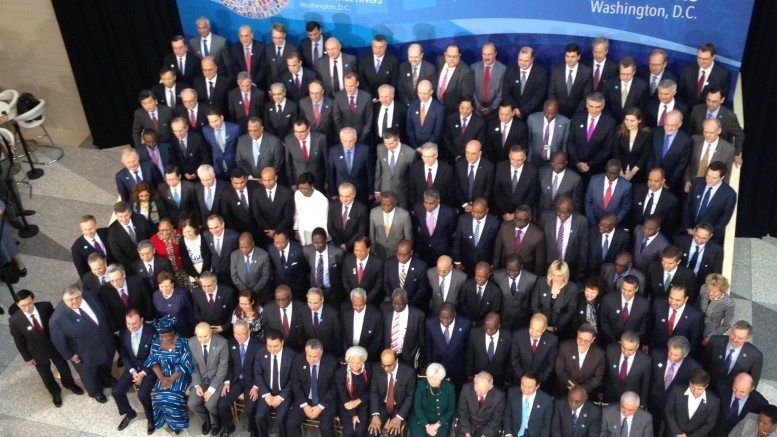 As a whole, the ‘global elite’ who promote globalization, Sustainable Development, Green Economy, etc., are completely non-plussed at the open rebellion of citizens around the world. Populism, protectionism and nationalism are their new enemies that must be defeated so their plans can move forward. ⁃ TN Editor

Policy-making elites converge on Washington this week for meetings that epitomize a faith in globalization that’s at odds with the growing backlash against the inequities it creates.

From Britain’s vote to leave the European Union to Donald Trump’s championing of “America First,” pressures are mounting to roll back the economic integration that has been a hallmark of gatherings of the IMF and World Bank for more than 70 years.

“The backlash against globalization is manifesting itself in increased nationalistic sentiment, against the outside world and in favor of increasing isolation,” said Louis Kuijs, head of Asia economics at Oxford Economics in Hong Kong and a former IMF official. “If we lose consensus on what kind of a world we want to have, the world will probably be worse off.”

In its latest World Economic Outlook released Tuesday, the fund highlighted the threats from the anti-trade movement to an already subdued global expansion. After growth of 3.2 percent in 2015, the world economy’s expansion will slow to 3.1 percent this year before rebounding to 3.4 percent in 2017, according to the report, keeping those estimates unchanged from July projections. The forecasts for U.S. growth were cut to 1.6 percent this year and 2.2 percent in 2017.

“We’d like to see an end to the creeping protectionism in the world and more progress on moving ahead with free-trade agreements and other trade-creating measures,” Maurice Obstfeld, director of the IMF’s research department, said in a Bloomberg Television interview with Tom Keene.

Lagarde said last week that policy makers attending the Oct. 7-9 annual meeting of the IMF and World Bank have two tasks. First, do no harm, which above all means resisting the temptation to throw up protectionist barriers to trade. And second, take action to boost lackluster global growth and make it more inclusive.

Forging ahead to the New One World Global Order, domination to put it in better terms, is a tough job. With a pen and a phone and a militarized police force, they shall watch via drone as the People are all lined up and entering the camps.