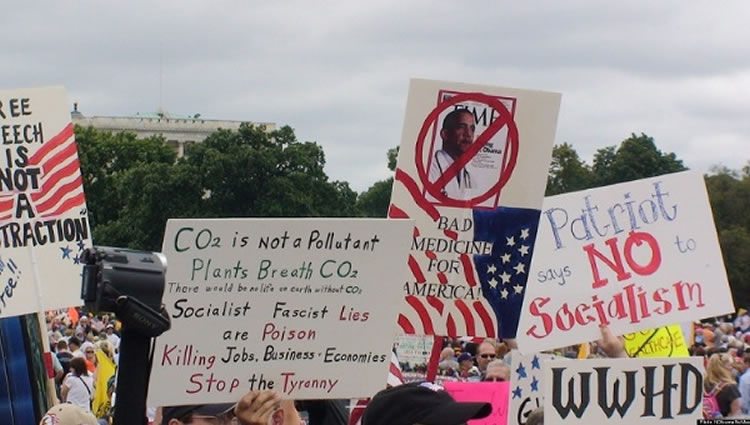 It’s time to bring the hammer down on the elite-thinking Technocrats who promote the false narrative of climate change using pseudo-science and corrupted data. If 75% of Americans are ‘deniers’ will they punish the entire nation for not believing their lies? Or will we run them out of our government and the centers of real science? ⁃ TN Editor

Nearly three-quarters of Americans don’t trust that there is a large “scientific consensus” amongst climate scientists on human behavior being the cause of climate change, according to an in-depth survey on “the politics of climate” released Tuesday by Pew Research Center.

Pew contrasted this to the United Nations’ Intergovernmental Panel on Climate Change (IPCC), which “stated in the forward to its 2013 report, ‘the science now shows with 95 percent certainty that human activity is the dominant cause of observed warming since the mid-20th century.’”

Additionally, Americans were skeptical about the expertise of climate scientists.

Americans also don’t trust the news media’s coverage of climate change. Forty-seven percent of those surveyed say the media does a “good job” covering global climate change, while 51% say they do a “bad job.”

The title wording is misleading. The result is that americans don’t believe that there IS a scientific consensus on climate change. This is a question of fact, and those folks are demonstrably wrong. This is largely the media’s fault, and it is a major reason that there are still a lot of deniers out there.

Note to TN readers: Jason Hodin is a research scientist at University of Washington in Seattle. His staff page states, “Humans are plunging full speed into a massive ecological crisis, and if we don’t change our behavior soon, many innocent humans and non-humans are going to suffer. With this realization in mind, I do what I can – in my personal life and in the course of my work – to mitigate the impending crisis.” Note to Jason: Jason, I am glad that you read this and commented. Your absolute certainty that the science of Climate Change is ‘fact’ and… Read more »