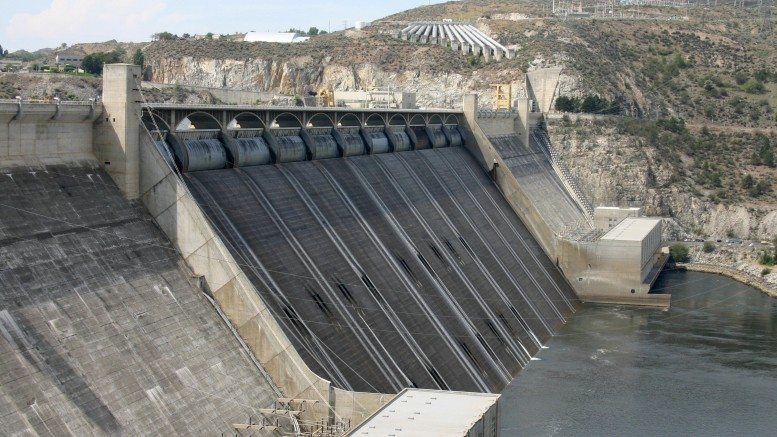 TN Note: A key tenet of Technocracy is to place all natural resources into “trust” for the common good, but it is an outrageous deception. When global corporations lock up water resources, they hardly represent the “common good”, and in many cases, they end up wrecking local water systems altogether.

The practice of the World Bank both advising countries on water and investing in private water companies presents a concerning conflict of interest, said Rep. Gwen Moore, D-Wisc., in a letter addressed to World Bank head Jim Kim. In it, Moore urges the Bank to immediately “cease promoting privatization of water resources until there has been a robust outside evaluation.”

“I am increasingly uneasy with water resource privatization in developing countries and do not believe that the current ring-fencing policies separating the investment and advising functions of the [International Finance Corporation] are adequate,” she writes. “I would respectfully urge the WBG and IFC to cease promoting and funding privatization of water resources, including so-called ‘public-private partnerships’ in the water sector, until there has been a robust outside evaluation.”

Moore serves as the ranking member of the monetary policy and trade subcommittee of the House financial services committee, the body in the federal government tasked with overseeing the World Bank. Her concerns stem from the activities carried out by the International Finance Corporation (IFC), the private-sector lending arm of the World Bank. She and other advocates say that the IFC is making profit-driven investments in private water companies at the same time that the World Bank is advising countries to work with the private sector to improve access to clean water.

The letter cites the example of Manila, Philippines, where the country started working with two private water companies in 1997, based on IFC advice. The IFC then went on to invest in the Manila Water Corporation, one of the two companies, which has yielded a $43 million profit thanks to rate hikes nearing 850 percent. Attempts to increase prices further were stopped by regulators, but the company is pursuing the ability to raise rates through various appeals.

“I would be less troubled with the structure of the Manila deal and the subsequent arbitration if I had full confidence that both were not products of the improper mingling of the advisory and investment functions,” Moore said.

There does not seem to be agreement on this issue. The investment in the Manila Water Corporation is touted by the IFC as a success story for public-private partnerships. It is labeled as an inclusive business model that helped reach more than 1.7 million people and provide uninterrupted water access for 99 percent of customers. The water operation is also held up for transforming from a money-losing to a money-making business.

When asked to comment on Moore’s letter, communications officer Geoffrey Keele said that the IFC is working on a formal response to the Congresswoman first before making public comments. He directed Humanosphere to a page on the IFC website that addresses some of the concerns about its work on public-private partnerships in the water sector. It says that governments are not required to privatize water supplies in order to gain access to loans.