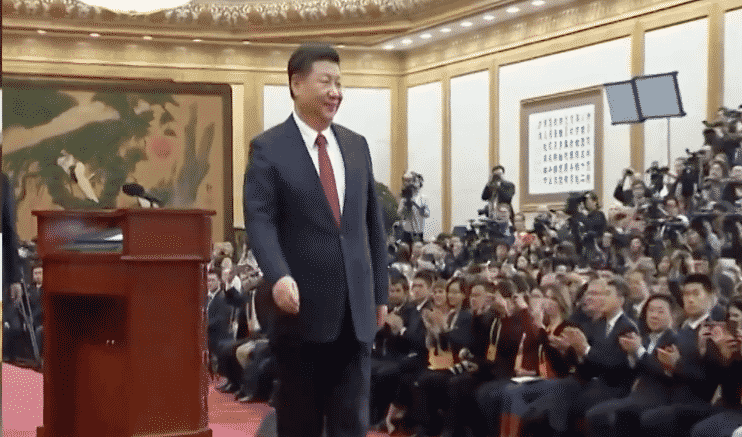 Please Share This Story!
PDF 📄
Jinping’s idea of ‘justice’ is lopsided: Rules must be harmonized, yet privatized. In other words, “you keep your rules and we will keep ours.” Otherwise, butt out. China will not capture the world via hegemony, but by exporting Technocracy. ⁃ TN Editor

Chinese President Xi Jinping said on Tuesday that the global governance system should be made more equitable and fair, and that rules set by one country or some nations cannot be imposed on others. “The world wants justice, not hegemony,” Xi said in his keynote speech at the annual Boao Forum for Asia, the region’s answer to Davos.

But why is Xi Jinping doing and saying what he is?

To understand him, we must look at his country’s history. The last 100 years were a red century for China dominated by communism. The vehicle of this domination was the Chinese Communist Party. Many leaders have come and gone but the party remains.

In a couple of months the CCP will celebrate its centenary – 100 years of the party’s founding. A lot has changed in these 100 years – Socialism has taken a back seat, equality has become an inconvenience. The party of peasants and guerillas is seeking global domination and they are not taking any prisoners.

Mao Zedong used to talk about seeking truth from facts. Today, his country specialises in propaganda and falsehoods.

How did this happen?

First was the era of Mao Zedong, an insecure and ruthless leader who presided over deadly famines and a violent cultural revolution.Then came Deng Xiaoping and the era of reforms. China began adopting technocracy, embracing modernity which ended with the presidency of Hu Jintao. And then came Xi Jinping, who is leading China on a war path. This chapter of Chinese communism is still unfolding and he’s already decided on the climax.

A world dominated by the People’s Republic with him at the helm. Xi Jinping keeps talking about the Chinese dream. He plans to do this by putting the party firmly on top. The politburo is now a secretive cabal of which state companies have become party assets. The People’s Liberation Army has been reduced to mercenaries. Xi Jinping is intent on creating a new world order.

China is hijacking world organisations and reshaping them. Chinese nationals head four of the 15 UN agencies. They have left the World Trade Organization and the World Health Organization toothless.

So here’s what a Beijing-led world will look like – Freedom and liberty will be state-regulated, the internet will be heavily censored, and democracy will be reduced to a theory. In addition, we can say goodbye to a rules-based order. This is China’s mega-plan and step one is to test the waters. The South China Sea, where hundreds of Chinese vessels are still sailing in disputed waters is Beijing’s dress rehearsal.