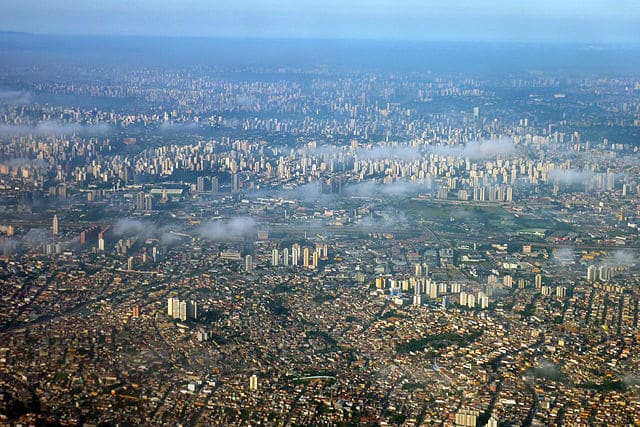 Cities are jockeying for more autonomous control within the nation-state, claiming that all societies will be multicultural, multi-ethnic and multi-lingual. Peter Sutherland, United Nations Special Representative of the Secretary-General for International Migration and Development, once stated that multiculturalism is the only path to implement Sustainable Development.  ⁃ TN Editor

Over 50 cities from Europe, North, Central and South America, Asia and Africa were represented at the Global Conference on Cities and Migration, which sought to create a more positive narrative on migration from the perspective of local and regional authorities. The outcome of the Conference – the Mechelen Declaration – sought to capture the vision of mayors and governors of regional and local governments with regard to cities and migration.

The Global Conference on Cities and Migration took place from 16-17 November 2017, in Mechelen, Belgium. The event was organized by Belgium’s Ministry of Foreign Affairs, Foreign Trade and Development Cooperation, in collaboration with the International Organization for Migration (IOM), United Cities and Local Governments (UCLG), and UN-Habitat. The meeting consolidated local governments’ contributions to developing a Global Compact on Migration, and reviewed progress in implementing the migration-related commitments of Habitat III, ahead of the intergovernmental stocktaking meeting for the Global Compact on Migration, convening in December 2017, and the 9th World Urban Forum (WUF 9), convening in February 2018.

The Declaration builds on the SDGs, the New Urban Agenda and the New York Declaration on Migrants and Refugees. In an annex, it presents the mayors and leaders’ actionable commitments, means of implementation, and a monitoring and evaluation mechanism, which serves as the basis for the first follow-up and review of the migration-related commitments included in the New Urban Agenda. The document recognizes the importance of a community-driven approach to local urban governance that benefits communities of origin, transit, and destination as well as migrants, refugees, returnees and internally displaced people (IDPs).

The Declaration calls on Member States to consider the following policy gaps in the process for the Global Compact on Migration:

The document was submitted to Louise Arbour, UN Special Representative of the Secretary General for International Migration, and to the co-facilitators of the process for the Global Compact on Migration. The mayors, local and regional leaders also called on the next World Council of UCLG to endorse and promote the Mechelen Declaration. The next UCLG World Council will take place from 6-9 December 2017, in Hangzhou, China.