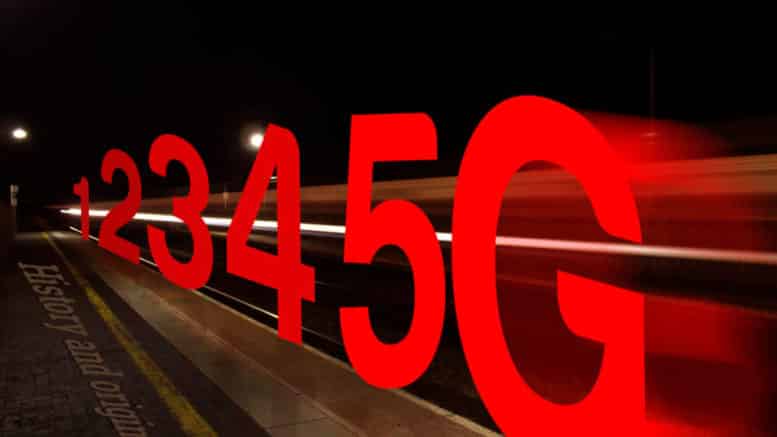 Federal and state regulators and in particular the FCC have been overrun by industry lobbyists who have side-stepped virtually all health-testing requirements for 5G. States, counties and cities have the power to properly regulate 5G and the Internet of Things, but citizens must first make their voices heard. ⁃ TN Editor

On November 21, the eve of Thanksgiving, a wrong way driver on route 495 in Taunton, MA injured 6 people and lost his own life in a fiery multicar crash.[1]

As we drove past the accident scene a few weeks later, my cousin reflected, “We rely on others, people we don’t even know, to do the right thing, every day, and sometimes our lives depend on it.”

Whether the elderly driver suffered from disorientation, or a medical emergency, or fatigue due to lack of sleep is not known.

But one thing we do know is that complaints and concerns are being raised by a portion of the population; those who are experiencing symptoms of disorientation, fatigue, and sleep deficit caused by exposure to radio frequencies from the towers and antennas lining the nation’s highways and increasingly saturating communities. [2]

There are individuals who can detect the presence of a cell tower before it comes into view because they have a sensory system that operates at a higher level of sophistication and accuracy than another driver in another car.

And other drivers may also experience the racing heart rate, urgent thirst, body pain, and/or feelings of anxiety and agitation, but may lack an understanding that their symptom onset is being caused by artificial man-made frequencies, either in the car itself or in the environment.

This is because they place their faith, every day, in the hands of others to make decisions about their safety, including industry, politicians, and regulators.

These drivers who are experiencing recognizable adverse effects from microwave radiation are not placing other lives at risk because they choose to text and drive, or speak on their cellphones while driving.  These are fatigued drivers whose health and very survival is under assault, through no fault of their own. Some have lost their homes, some have spent thousands of dollars trying to shield their business and home environments; many have been eclipsed from their own lives by ubiquitous exposure to microwave radiation.

Now, as the nation moves to roll out another generation of wireless telecommunication infrastructure, two legislators have requested clarification on the health and safety claims made by the industry, the government, and regulators.

U.S. Sen. Richard Blumenthal (former CT Attorney General who was part of the 1998 litigation winning $246 Billion against tobacco companies for deceiving the public about the dangers of smoking) is leading a campaign to determine whether new “5G” wireless technology is safe and is asking the FCC for proof that 5G not pose health risks.  “We need to know whether the radio frequencies can cause cancer,” Blumenthal said.  Blumenthal and CA Rep. Anna Eshoo, both members of the Senate Commerce Committee that oversees the FCC, gave the FCC a Dec. 17 deadline to comply with their request for information.

“The stark, simple fact is that health hazards are unknown and unstudied,” Blumenthal said at his press conference. “That is a sign of neglect and disregard at the Federal Communications Commission that is unacceptable. We need to know whether the technology can cause cancer and other diseases.

Media coverage of the advocacy by Senator Blumenthal and Representation Eshoo was paltry at best, with far more coverage devoted to political action around broadband maps and net neutrality.

One industry outlet that did cover the effort by the two legislators is FierceWireless: “5G; Legislators raise worries about cancer from 5G.”

Two federal lawmakers are raising concerns about whether new 5G technologies will cause cancer.

Such concerns are not new. The cellular industry for years has been working to address concerns about possible health effects from wireless transmissions. Indeed, the main trade association for wireless operators like AT&T and Verizon, CTIA, issued a prompt statement in response to the letter from Blumenthal and Eshoo:

“The safety of cellphone consumers is important to CTIA and the wireless industry,” the association wrote in a statement to FierceWireless. “We follow the guidance of the experts when it comes to antennas and health effects. Following numerous scientific studies conducted over several decades, the FCC, the FDA, the World Health Organization, the American Cancer Society and numerous other international and U.S. organizations and health experts continue to say that the scientific evidence shows no known health risk to humans due to the RF energy emitted by antennas and cellphones. The evidence includes analysis of official federal brain tumor statistics showing that since the introduction of cellphones in the mid-1980s, the rate of brain tumors in the United States has decreased.”

Importantly, the publication also cited the recently concluded NTP study, noting that it cost fully $30 million and was mainly based on studies on animals. Vox reported that it found “clear evidence” that male rats exposed to high levels of radio frequency radiation—typical of 2G and 3G networks when the study was designed—developed heart schwannomas.

However, the publication also noted that animal studies are a poor way to understand human health, and that there is no conclusive evidence of adverse health effects from cellular communications, particularly with 5G communications.

Here are 3 points to ponder regarding 5G and science integrity.

1 – FierceWireless reported that Vox stated, “there is no conclusive evidence of adverse health effects from cellular communications, particularly with 5G communications.”

The articles insidiously shift the question of the burden of proof of safety by adequate independent pre-market safety testing to the question of scientific evidence of harm, after the fact (by an industry that has not reviewed its health guidelines for over 30 years).

This is akin to the Utilities Telecom Council Report on smart meters, which stated:

So when confronted with complaints that say smart meters cause a variety of health effects, ask the complainant to produce the science to support the claim. The conversation should end shortly thereafter. [3]

2 – Senator Blumenthal inquired about all health effects associated with radio frequency exposures, not just cancer. With his background in the tobacco wars, he probably recognized that danger of the industry-driven narrow focus on cancer, which is an adverse health effect with a long gestation period that could be sourced from multiple agents.

Now, decades after evidence was mounting, according to the Centers For Disease Control, Smoking leads to disease and disability and harms nearly every organ of the body. It is the leading cause of preventable death. Learn the facts about diseases and conditions associated with smoking.

Because we are both chemical and electromagnetic living beings, it is unlikely that there are any organs in the human energy field that are not susceptible to damage from microwave radio frequencies. The continued focus on the cancer question is a smokescreen.

3 – The industry and its partners have attempted to dismiss the results of the NTP cellphone cancer study performed using a previous generation of telecommunications technology, and to equate the criticisms of the NTP study with the claim that 5G is therefore safe.[4]

The rats and mice who were used in the NTP study are covered with fur which contains oils, which may in fact provide more protection from harm due to exposure to millimeter waves powering the 5G network than that possessed by humans.

Well, that’s the panel that’s making specifications for 5G. What worries me is that is basically an industry panel and it is NOT independent. And as you can see, they are making quite good progress and within two years, you said guys? two years we should have this everywhere, all over us, and this has not been looked at. Nobody’s really considering what health effects could be because of that mechanism which would prove to exist at least there. Nobody’s really considering what it can be.

Great legal references for stopping 5g in your area.
http://www.electrosensitivity.co/banning–limiting-and-avoiding-celltowers.html