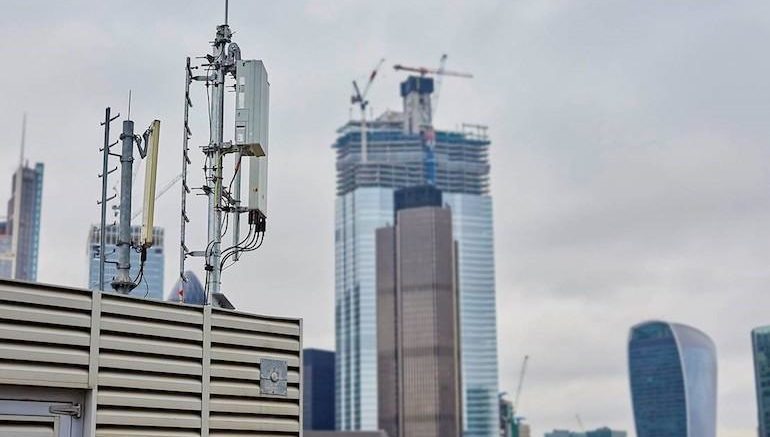 Please Share This Story!
PDF 📄
Is 5G a solution looking for a problem or a problem looking for a solution? Despite the overwhelming hype or urgency to implement, very few outside of global corporations are buying the hype. 5G’s future is still in doubt. ⁃ TN Editor

As Saxo Bank’s Peter Garnry recaps yesterday’s Apple event, the company introduced its iPhone 11 which now comes in three different versions with cheapest version selling for $699 which a price cut aimed to lure smartphone buyers back into Apple’s realm (at the expense of a drop in Apple’s ASP). The stock market reacted positively to the news, but criticism has surfaced that Apple is falling behind as the new iPhone 11 is not coming with a 5G integration which makes almost impossible for Apple to have growth in China where local smartphone makers such as Huawei is introducing smartphone with 5G integration. Beginning in the second half of 2020 this will be a constraint for Apple.

Why does 5G matter?

To answer that question, we have excerpted from a recent Deutsche Bank report explaining “how 5G will change your life.”

Amidst hype and high expectation, the 5G roll-out has begun. It recently launched in Korea, while the US, UK and others have commenced trial versions and China has said it will soon grant commercial licenses for its network. To take advantage, companies such as Samsung and LG have launched 5G smartphones. In total, $160bn is being invested annually in the construction of 5G networks according to GSMA, the mobile network operators’ association. It expects 5G to contribute $2.2tn to the global economy in the coming 15 years, just a little less than the size of the UK economy.

Yet, for all the fanfare, many in the industry are quietly nervous. Among other things, one of the biggest concerns is that there is no ‘killer application’ ready and waiting to be unleashed that requires the 5G network. That trepidation stands in direct contrast to the 4G and 3G roll-outs. The former allowed good-quality streaming video and the latter photo sharing and other types of multimedia. Both were a boon for hardware, software, and network providers.

This is backed up by our dbDig primary research1 which shows that in the US, only ten per cent of customers are prepared to pay $6 or more for 5G services and one-quarter of customers say they are not prepared to pay any extra at all. Yet when we look at China a different picture emerges. Indeed, two-thirds of Chinese customers are willing to pay for 5G if it means quicker uploads to social media or the ability to play mobile games with very low load time. That is double the proportion of US customers who are willing to pay for the same services. It seems part of the reason is that the Chinese are far more likely to report issues with signal strength when they are in rural areas. Given smart phones have become a crucial engagement tool in rural Asian areas (see our piece titled, ‘The emerging market technology skip’) the willingness of the Chinese to upgrade is not surprising. However, the future for 5G smartphone service in developed markets seems more uncertain.

On top of the concerns about user uptake are the voices of health professionals, environmentalists, and politicians who worry about radiation emissions. Take Brussels, for example, a city with very strict radiation regulations. There, a pilot 5G project was halted on health grounds with the environment minister proclaiming, “The people of Brussels are not guinea pigs.” In Switzerland, authorities have commenced a 5G radiation monitoring programme. And all this comes before considering the stern political rhetoric that has accompanied the choice of Chinese suppliers for 5G infrastructure (see our piece titled, ‘The politics of 5G’).

So given that many smartphone users are wondering whether they should bother upgrading to 5G, the network providers cannot be blamed for wondering just how aggressively they should spend the money to roll out 5G networks. Consider that 5G works on a much shorter wavelength than 4G. Because of that, it cannot travel as far as the longer wavelengths of earlier networks. It also has more trouble penetrating the thick walls of buildings. To deal with this, network providers will need to install perhaps five times more base stations than they have with 4G, and some of those stations may be more costly to build. The extra cost, then, is significant and the initial roll-outs will almost certainly be confined to densely-populated urban areas.

So, is it a situation of “build it and they will come”? Will the roll out of 5G spur a frenzied development of 5G-specific applications in a similar way to how 4G catalysed a plethora of video-related products? Or will network providers need to see evidence of a demand for 5G and a willingness to pay before they can justify the expense of rolling out 5G beyond city centres? While we wait for the ‘killer app’ to be developed, the answer is it will probably be a bit of both until a virtuous cycle is established.

The thing is that unlike the move to 3G and 4G, some of the most important uses of the 5G network are unlikely to take place on a smartphone, at least for now. Instead, the initial uptake in 5G will likely be driven by the manufacturing industry and public utilities, not individual consumers. Some countries have made significant plans for this. Germany, for example, has reserved a 100 megahertz band between 3.7 and 3.8 gigahertz to be used exclusively by industrial companies for their local networks. German company Siemens is one of the companies at the forefront of 5G industrial applications (see our piece titled, ‘Siemens case study’).

Some call it the Industrial Internet of Things, others Industry 4.0. Either way, the story is the same. The IIoT is a network of intelligent industrial devices, that is, machines that have in-built sensors that collect data and communicate with each other. This allows them to adjust how they perform a task to what is happening elsewhere in the factory, or inform a human of a certain need to make the process more efficient. The idea is not new, but so far, ‘smart factories’ have been extremely limited. One key problem is the latency of existing 4G networks. Although it may be small, just a second’s delay for a precision manufacturing job can result in serious damage to the product. The 5G network with latency at the lower end of the millisecond range will go a long way to fixing that. For example, a robot arm will be able to stop itself immediately if a camera identifies a foreign object on the conveyor belt.