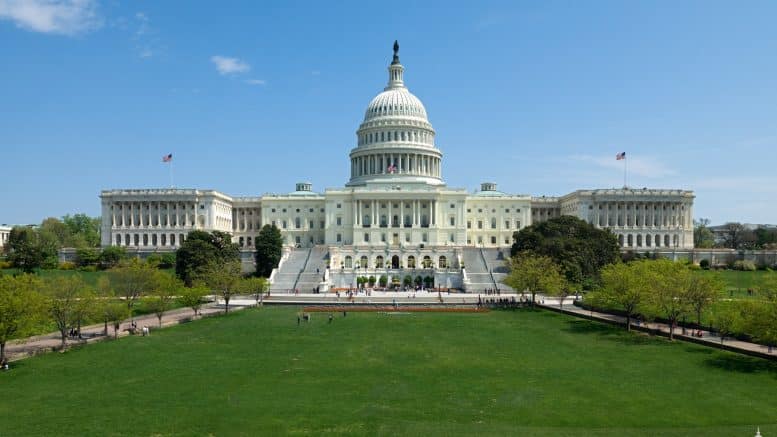 Some say the internet is the cause of a dramatic increase in conspiracy theories. What is actually happening is that for the first time in history everybody has access to an amount of information unavailable even for many governments in the past. They find out how much they were deceived, and they are sounding off. A story appears, and within minutes millions of people see it, and thousands are commenting. Historic ideas and information, not previously part of the general public awareness are constantly appearing and are quickly linked to thousands. People and ideas that only academics knew about or read have become centers for groups discussing the past and how it applies to today. It confirms once again Marshall McLuhan’s observation that the medium is the message. For example, Machiavelli, long out of favor when the authorities, especially the Catholic Church, controlled information, is being recognized as a realist. Americans are increasingly aware of Alexis de Tocqueville and his remarkable analysis of “Democracy in America.”

An example of a document circulating because of concern about the survival of the US and the Constitution is as follows.

“A democracy is always temporary in nature; it simply cannot exist as a permanent form of government. A democracy will continue to exist up until the time that voters discover that they can vote themselves generous gifts from the public treasury. From that moment on, the majority always votes for the candidates who promise the most benefits from the public treasury, with the result that every democracy will finally collapse due to loose fiscal policy, which is always followed by a dictatorship.”

“The average age of the world’s greatest civilizations from the beginning of history, has been about 200 years. During those 200 years, these nations always progressed through the following sequence:

I became aware of this quote, and it troubled me, so I passed it on to others. Then I decided to dig deeper because I know so much is available but so much is taken out of context or in error. Nowhere is that more frequent than with quotations. A web site discusses this problem with the comment that “the internet is a fertile ground for the proliferation of misquotes.”  I understood the quote came from Lord Macaulay (1800-1859), the British aristocrat and historian. One source says the quote was in an 1857 letter to an American friend. The date and attribution are historically important, but more so politically because different times provide different contexts.

The quotation is properly attributed to Alexander Fraser Tytler, Lord Woodhouselee, a Scottish advocate, historian, and judge. Tytler died in 1813 some, 44 years before the Macaulay attribution date. A great deal happened in that time concerning the establishment of the US Republic.

I am fortunate to own a first edition of an 1806 book by C. F. Volney, titled “The Soil and Climate of the United States of America.” Volney was a Frenchman sickened by what happened to the French Revolution and wanted to learn firsthand if the American Revolution had a chance for success. As he explained in the Preface.

“In the year 1795, I embarked at Havre for America, with all the dreary feelings that flow from the observation and experience of persecution and injustice. Saddened by the past, anxious for the future, I set out for a land of freedom, to discover whether liberty, which was banished from Europe, had really found a place of refuge in any other part of the world.”

His words indicate that a great many people were interested in the American experiment, what we now call American exceptionalism. He talks about liberty and freedom in 1806 and is clearly aware that America is a republic and what that means.

I was one of many who referred to America as a democracy until I was corrected by a caller on a radio program; America is a republic, she said.  Since then, I learned about Benjamin Franklin’s reply to Mrs. Powel after emerging from the secret deliberations of the Constitutional Convention in Philadelphia in 1787.  She asked him “Well, Doctor, what have you given us?” Franklin replied, “A Republic if you can keep it.” Tytler knew about the decision taken in Philadelphia

America is a Republic, not a monarchy or a democracy. It follows democratic guidelines of one person, one vote, but that is about it. This is important because Tytler’s concern in most of his writings is about the failings of democracies and monarchies.

“The people flatter themselves that they have the sovereign power. These are, in fact, words without meaning. It is true they elected governors; but how are these elections brought about? In every instance of election by the mass of a people—through the influence of those governors themselves, and by means the most opposite to a free and disinterested choice, by the basest corruption and bribery. But those governors once selected, where is the boasted freedom of the people? They must submit to their rule and control, with the same abandonment of their natural liberty, the freedom of their will, and the command of their actions, as if they were under the rule of a monarch.”

In other words, Tytler’s comments about democracy that cause much concern don’t apply to America. He emphasized the difference with this comment.

“The nature of a republican government gives to every member of the state an equal right to cherish views of ambition, and to aspire to the highest offices of the commonwealth; it gives to every individual of the same title with his fellows to aspire at the government of the whole.”

How was that working in America after the revolution and what does it portend today? Well, one observer, our friendly Frenchman Mr. Volney provided a studied assessment.

“I visited almost every part of the United States, studying the climate, the laws, the people, and their manners, chiefly in the relations of social and domestic life; and such was the contrast which the scene before me bore to that which I had left, that I resolve to make it my future residence.” “Here I beheld nothing but a splendid prospect of future peace and happiness, flowing from the wide extent of the improvable territory; from the facility of procuring property and land; from the necessity and the profits of labor; from the liberty of action and industry; and from the equity of the government, a virtue which it owes to its very weakness.”

The twist is in the tail of that last observation. Since Volney’s time, the only thing that has changed is that government has grown in strength to a dangerous level that threatens the Republic. The more significant danger is it has developed in ways the Founding Fathers anticipated. Thomas Jefferson warned,

“When all government, domestic and foreign, in little as in great things, shall be drawn to Washington as the center of all power, it will render powerless the checks provided of one government on another.”

“Where an excess of power prevails, property of no sort is duly respected. No man is safe in his opinions, his person, his faculties, or his possessions.”

So, there are threats to the Republic, but the difference, unlike a democracy, is that the people have the power to step in and sort things out. Volney knew the Revolution failed in France, that the power elite still controlled, despite democracy. In fact, it was worse because Napoleon created the most rigid bureaucracy in any democratic nation.

The Founding Fathers provided the tools to right the Republic and put the ship of state back on course. No other nation has that opportunity, so the people of the world can only hope the American people take it.

As an example, I am a Canadian, a country many Americans consider kind, friendly, and a good neighbor with health benefits for all.  We have a Prime Minister who was elected leader of the Liberal Party with 80% of the Party vote. Then, in the Federal election, the Liberal Party received 39%, a majority. As a result, Justin Trudeau became Prime Minister, and yet some 70% of the people had no say.

His father, former Prime Minister Pierre Trudeau confronted the people of Quebec. A distinct cultural and economic group with their own language and territory. Under the UN charter, they are eligible to be a separate state. Trudeau invoked the War Measures Act that immediately cancelled all rights of every Canadian. He then called out the Military to keep the people in line. It was an act of dictatorship in a democratic country.

We also have a Senate with 105 members who are appointed by the Prime Minister and can serve until they are 75. A measure of the elitism is they are called the “Upper House.” All parliamentary bills must have their approval, so 105 unelected, politically appointed, people can override the will of the people as enunciated by their democratically elected Members of Parliament.

I received three defamation lawsuits for things I wrote or said about global warming. All were filed by the same lawyer on behalf of members of the UN Intergovernmental Panel on Climate Change (IPCC). None of these lawsuits would have been filed in an American court because of your free speech rights. After one successful defense that dragged on for 6 years, I am now defending against the appeal while preparing for the second lawsuit that is in its 7th year. The legal bill so far is $600,000. I tell Americans this story, not for sympathy, I could have simply withdrawn what I said and signed an apology written by those who sued me. No, I tell you this story to put in perspective the value of being a Republic and having the protections of the US Constitution. Fortunately, thanks to the internet I can tell Americans these stories, so they can put things in perspective and count and defend their blessings.