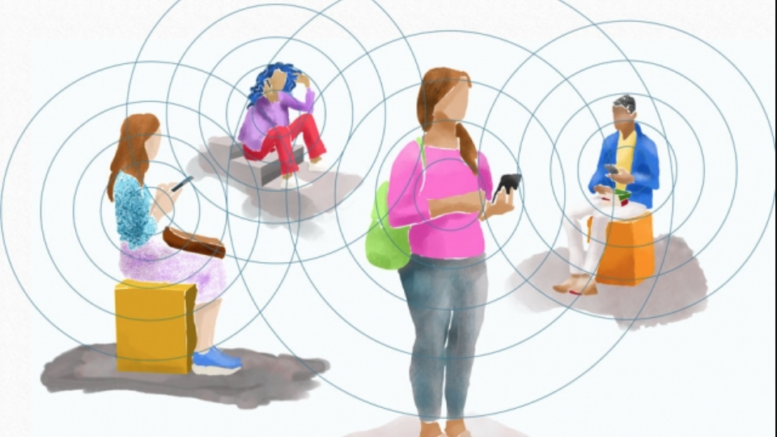 Please Share This Story!
PDF 📄
Apple and Google already know who you are and exactly where you are, but they are releasing new apps in mid-May to track your proximity to other users. If data is the new oil of the 21st century, then Technocrats just hit the big bonanza. ⁃ TN Editor

As the coronavirus pandemic has unfolded over the past many weeks, one of the most effective ways to control the spread of the pandemic has been the method of “contract tracing.” The term has been coined for the process of finding out how many other people has a COVID-19 patient come into contact with, ever since contracting the infection so that everyone affected to avoid any further community spread. It is one of the most effective tools currently being utilized by countries against the virus.

Astonishing to see how an event like the current pandemic can change the perception of things around us so drastically. Take for example the big techs — in the months and weeks leading up to the pandemic, some of these companies were under intense regulatory scrutiny for their monopolistic behavior and private data handling practices. The same companies are now at the forefront of a battle against COVID-19 and are being lauded for their efforts.

In the most recent development, Google and Apple have developed a new system that would utilize Bluetooth Low Energy (BLE) — short-range Bluetooth communications to establish a voluntary contact-tracing network. The data collected this way would be shared with approved apps from health organizations. This novel method would be different from the usual GPS trackers, which basically follow your physical location.

The Bluetooth enabled system would pick up the signals of nearby phones at 5-minute intervals and store the connections between them in a database. Extensive data would be stored on the users’ smartphone, where a person who gets infected with COVID-19 could tell the app that they have been infected. Apps from public health authorities & other people whose phones passed within close range in the preceding days would then be notified immediately.

Concerns around personal data sharing have cropped up again, especially with the dubious track record of big techs on this front. But the proposed system has apparently taken a number of steps to prevent people’s personal information from being transmitted. The system shares an anonymous key rather than a public identity. Also, the keys cycle every 15 minutes to preserve privacy. The platform’s white paper also outlines the following steps taken to preserve the identity of individuals.