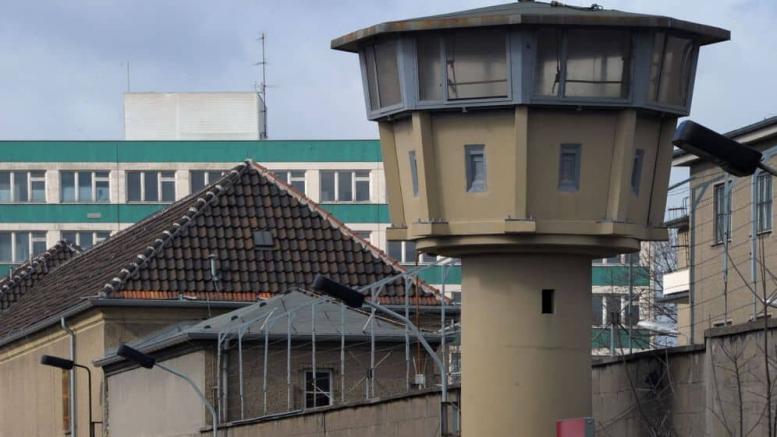 Please Share This Story!
PDF 📄
California will lead the nation in creating an army of Big-Brother snitches to rat out personal health statuses. Hiring will be no problem since unemployment is rampant among many groups, including the homeless and illegal immigrants. What could go wrong?

This program risks the formal establishment of an American Stasi counterpart to the East German Stasi in East Germany during the Cold War after WWII. These were called “informants” but the people that they “spotted” were often targeted for death or labor camps. ⁃ TN Editor

California’s plans to build an army of 10,000 people that can trace the trail of the coronavirus exposure could serve as a template for the nation and create a whole new sector of public health workers.

San Francisco this week is deploying its first group of about 50 volunteer contact tracers, many with no health care background — such as city librarians, attorneys and investigators. Officials elsewhere are watching the approach developed by University of California, San Francisco researchers with the hopes that they can scale it up quickly with workers from nonhealth sectors to meet the needs this unprecedented pandemic.

Contract tracing involves tracking down the individuals and locations that an infected person may have exposed before being diagnosed with Covid-19. It is considered an essential tool to help states contain the virus once they lift stay-at-home orders, especially since many infected people can be asymptomatic carriers of the disease and expose others without knowing it.

“This is our Dunkirk moment for people to play their part in this work, and there’s also the understanding that we’re going to need a new vision of public health if we’re going to be able to address this,” said Mike Reid, a UCSF infectious disease specialist leading the effort, referring to the World War II battle in which hundreds of private civilian boats aided in the successful evacuation effort of Allied troops.

California is among the few states considered to be ahead of the curve in developing their tracing programs. But no other state has to do it for nearly 40 million people.

The state initially used contact tracing as a containment strategy early in the pandemic before cases skyrocketed, back when there was hope that public health officials could isolate the virus and protect the greater public. But rapid community transmission in March, coupled with a lack of testing availability, forced states and the nation to shift toward stay-at-home orders.

The country may need about 100,000 contact tracers, according to the National Association of State and Territorial Health Organizations, although other estimates have placed that figure as high as 300,000 people.

California is working toward expanding its testing capacity to 60,000 to 80,000 tests per day statewide, then building out an army of tracers of at least 10,000 people — a goal Gov. Gavin Newsom said Monday he expects the state to meet sooner than anticipated.

Newsom said the state will build on the 22 counties that have robust contact tracing programs in place and supplement that with an online training platform being developed by a “well-known medical institution” that he plans to reveal in the coming days.

If one of those idiots knocked on my door they will get thumped on the head. Census workers too.

The Stasi was the Jewish Bolshevik secret police of communist East Germany given to Stalin by Churchill and Roosevelt. It had nothing to do with the NSDAP.

Don’t even come near my property.. They are government snitches who will report back to Newsom much more than any virus info..You can see what Comrade Newsom is doing. Building a future in kaly were the demoRat party will be in complete control of all your family and you..Bill Gates is pushing this snitch army and helping out with cash !!!

One of the first things Lenin set up after the Russian Revolution and Stalin continued with, was to set up a program of snitches, the derogatory Russian word those snitches was “stookatch” If someone wants to know how this ends up, read up on Pavlik Morozov.

What a great idea. Will they be wearing some kind of uniform, making them easily identifiable as fair game.

Australia is way in front of this curve. We have an App that is up and running and has had about 6,000,000 downloads, that’s over 20% of the population. I’ve just bought an old style flip phone so unfortunately I can’t download it.
https://www.health.gov.au/resources/apps-and-tools/covidsafe-app

Australia is an Illuminati controlled hell, and you have been brainwashed. I bet you just can’t wait for your injection.

Notice how the term “pandemic” is used as if it’s existence is an established fact. A badly written article at best.