Please Share This Story!
PDF 📄
Australia is rapidly turning into a dystopian police state that is larger in scope than any seen before in history. However, other nations are following suit with “quarantine camps” that target unvaccinated travelers and other high-risk individuals. Once in place, these “centers” can be repurposed for any whim of government edicts – and therein lies the great danger. ⁃ TN Editor

Despite some states tentatively beginning to lift lockdown restrictions, Australian authorities are building quarantine camps that won’t be completed until next year in order to prepare for “ongoing operations” and to house those “who have not had access to vaccination.”

According to ABC Australia, one such 1,000-bed quarantine facility at Wellcamp Airport outside Toowoomba will be fully completed by the end of March 2022.

“At this stage, the cabins will be used by domestic travellers returning from COVID hotspots,” states the report.

However, it also makes clear that the camp will be used for “ongoing operations” and will be a source of employment for the local area.

The camps is split into different zones and accommodates singles, doubles, and family rooms while being patrolled by police and security guards 24/7.

This is crazy! Who will be made to stay in these prison camps?! @AnnastaciaMP Wellcamp quarantine hub near Toowoomba to take travellers by year's end https://t.co/yJE9T02qcg via @ABCaustralia

Citing new strains of COVID and people “who have not had access to vaccination,” Queensland Deputy Premier Steven Miles told the media outlet, “We anticipate there to be a continuing need for quarantine facilities.”

The government is leasing the land on which the camp is being built from the Wagner Corporation for 12 months with an option for a further 12 months after that. 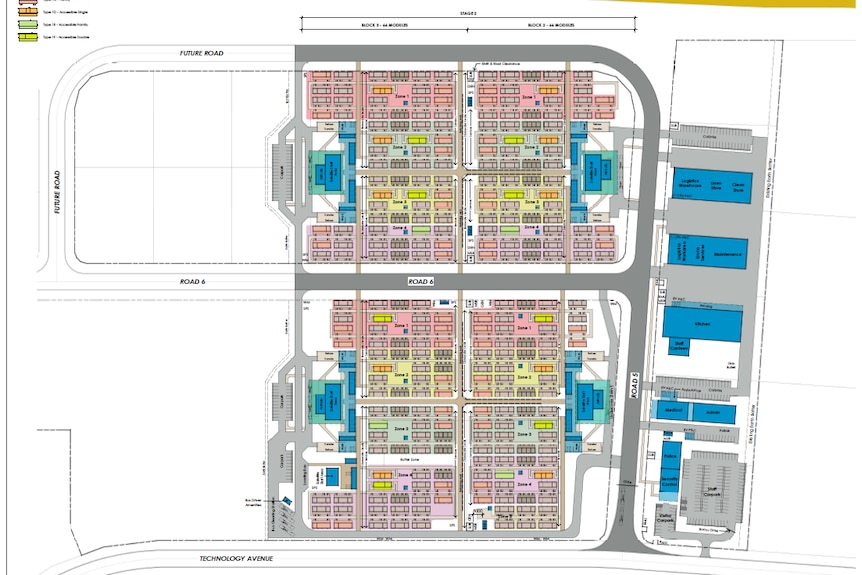 Another 1,000-bed quarantine facility is also being built on a 30-hectare Army barracks site in the industrial area of Pinkenba, near Brisbane Airport.

“Why anyone who had left Australia would come back again is unclear,” writes Dave Blount. “It is possibly the most repressive country in the world regarding Covid tyranny.”

As we previously highlighted, state authorities in America are also constructing new “quarantine facilities” for Americans who are “unable to quarantine at home.”

As we reported last year, Authorities in Quebec City, Canada announced they will isolate “uncooperative” citizens in a coronavirus facility, the location of which remains a secret.

Extermination camps are next

Australians better wake up and fight for their freedom.

Can we PLEASE STOP PLAYING WORD GAMES?!?!?! (Only LibTards do THAT!)
Can we please start calling what things ARE, here in REALITY?!?!?!
These are NOT ‘quarantine’ camps. THEY ARE CONCENTRATION Camps!

One thing we can all be thankful for is not being oppressed thus far for every disease we might catch in the future. The covid insanity is enough all by itself. You’d think that covid is the only disease that can or ever affected anyone.

“Once in place, these “centers” can be repurposed for any whim of government edicts.” You mean like our NAZI like Concentration/Death camps build all over our nation by FEMA? I am sorry but having worked in and around the government for most of my life, I no longer trust my government completely the way I once did. Experience is a hard teacher.

Totalitarian regimes rise by mass support, living by lies… concentration camps are for one thing only: massive extermination. This is a slaughterhouse for the human cattle. Guns grabbed in Aus and NZ perfect test run countries. Latest data is double vaxxed may lose entire immune system by CHRISTMAS.
https://theexpose.uk/2021/10/15/its-worse-than-we-thought-fully-covid-vaccinated-ade/