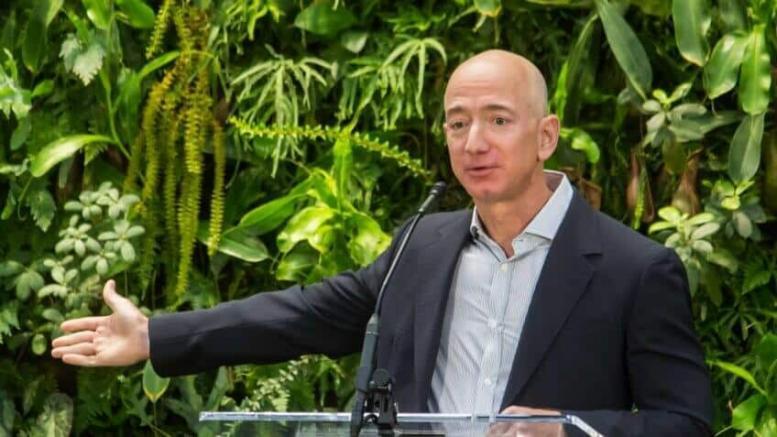 Amazon CEO Jeff Bezos, who with a net worth of $130 billion is currently the world’s richest man, announced that he was creating the Bezos Earth Fund on Monday. The fund is a $10 billion global initiative that aims to fund “any effort that offers a real possibility to help preserve and protect the natural world.”

Bezos unveiled his new initiative in an Instagram post Monday, in which he said that climate change is the biggest threat to the planet. The Amazon CEO stated that he wanted to work with others to “amplify known ways and explore new ways” to combat the devastating impact of climate change. According to the announcement, the Bezos Earth Fund will fund scientists, activists, NGOs and other efforts. It will start issuing grants this summer.

Concrete details about the initiative have not been published yet. The Verge reports that a person close to the fund said it would not engage in private sector investment, but focus entirely on charitable giving. Let’s be frank: It’s a good announcement, and if it works as described, it could fund great work.

However, Bezos’ fund is also notable for many other reasons. First of all, the fund aims to protect and preserve Earth. This is a shift for Bezos, who in recent years has been focusing on getting to space with Blue Origin, his spaceflight company. In the past, Bezos has stated that Blue Origin is his “most important work” and that he wants his great-grandchildren’s great-grandchildren to live in a world with a “thousand Einsteins” and unlimited resources, something that he believes is only possible if humanity moves beyond Earth and into the Solar System.

CIA and deepstate founded a fundation for world NWO order.

Of course this is not about saving anything but is about advancing central command and control infrastructure using CO2 and sustainable development as the stratagem. If saving the planet from rising CO2 was a real problem all national corporate jurisdictions would have a ministry for the planting of forests to soak up the CO2 at a fraction of the costs of renewables….but that is not whatsustainable development is about is it.