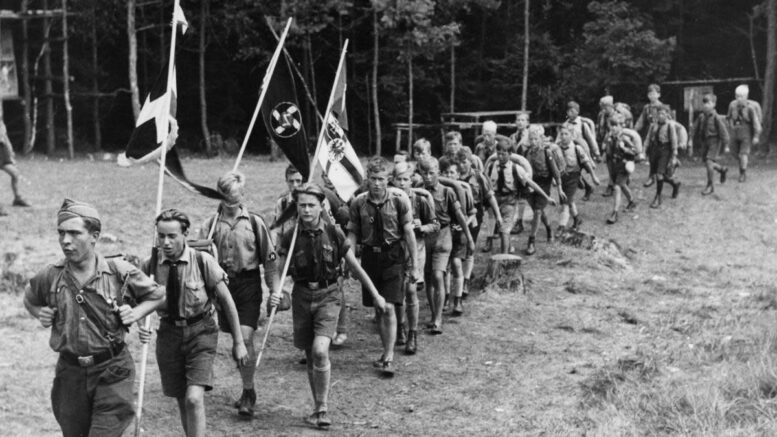 Please Share This Story!
PDF 📄
Adolph Hitler turned Nazi Germany into a nation of snitches where family members would “report” even their closest relatives and friends for suspicious activity or criticism against the Party. Innocent civilians were then arrested, tortured and forced to confess crimes they did not commit. The Biden Administration is steering in the same direction.

Biden has already redefined what “radicalized” means, namely. white supremacy and anything that is critical of or violates wokeness. ⁃ TN Editor

President Joe Biden’s administration announced their plans to create ways for Americans to report radicalized friends and family to the government, in an effort to fight domestic terrorism.

In a conversation with reporters, one senior administration official explained the importance of stopping politically fueled violence before it started.

“We will work to improve public awareness of federal resources to address concerning or threatening behavior before violence occurs,” the official said.

The official cited the Department of Homeland Security’s “If you see something say something” campaign to help stop radical Islamic terror as a domestic possibility.

“This involves creating contexts in which those who are family members or friends or co-workers know that there are pathways and avenues to raise concerns and seek help for those who they have perceived to be radicalizing and potentially radicalizing towards violence,” the official said.

Biden began his presidency with a stark warning in his inauguration speech about the “rise in political extremism, white supremacy, domestic terrorism that we must confront and we will defeat.” On June 1, Biden described the threat from “white supremacy” as the “most lethal threat to the homeland today.”

The Biden administration said it would also work with large technology companies on “increased information sharing” to help combat radicalization.

“Any particular tech company often knows its own platform very well,” the official noted. “But the government sees things — actually, threats of violence — across platforms. They see the relationship between online recruitment, radicalization, and violence in the physical world.”

The official reassured reporters that the administration’s new strategies would remain “laser-focused” on stopping violent acts.

“This is a strategy that is agnostic as to political ideology or off the spectrum,” the official said. “What matters is when individuals take their political or other grievances and turn that — unacceptably, unlawfully — into violent action.”

Those in govt. as usual are by far the biggest hypocrites and the largest danger to the nation. They, in conjunction with their elite controllers are the ones who deal in violence and fund violence as a means to a end. I don’t know how those reading here feel but I know I’m very tired of these pontificating wind bags most of whom would sell out their closest relatives for a chance to lick George Soros …..

Agreed. And I’m not sure that some of those things you’re talking about are even human. True they ate the worse terrorists, and don’t forget, the worse racists in the world too.

This is not good. The Biden Administration couches their so-called preventative measures for state-side violence within the labels of extremist behaviors–White Supremacy and Domestic Terrorism. That sells to the stupid people, the CNN watchers who believe without question everything the MSM Narrative tells them. Those individuals would never read this sentence: “…Homeland Security also plans to deploy “digital literacy” and “digital fitness” programs to help combat “malicious content online that bad actors deliberately try to disseminate.” and think of themselves, their people or friends. Who, exactly are the “bad actors” Mr. Biden? After only a few months in office I… Read more »

There’s no rise in political extremism, white supremacy, domestic terrorism. In almost every instance, the U.S. government (often spearheaded by the FBI) has in its typical Machiavellian fashion sown the seeds of terror domestically and internationally in order to expand its own totalitarian powers.
https://www.zerohedge.com/political/fbis-mafia-style-justice-fight-crime-fbi-sponsors-15-crimes-day?utm_campaign=&utm_content=Zerohedge%3A+The+Durden+Dispatch&ut

I hate to be morbid here. But I don’t see how anyone will have the time to report extremists of any sort, when folks are dying left and right from a synthetic spike protein A.K.A. a covid injection, folks dying from blood clots and heart dosorders, etc. And all this additional misery as a failed attempt at supposedly winning the battle against covid19. So between dealing with sickness, diseases, hospitalizations, funerals, and an over-reaching, over-bearing government. I can’t imagine anyone finding the time to be an extremist anything.

Start turning in leftists for fictional crimes….they won’t know which way to turn…

That’s funny. Had a good laugh. Thanks.

Prepare for the little red Biden book with edicts and slogans. Communism is here.