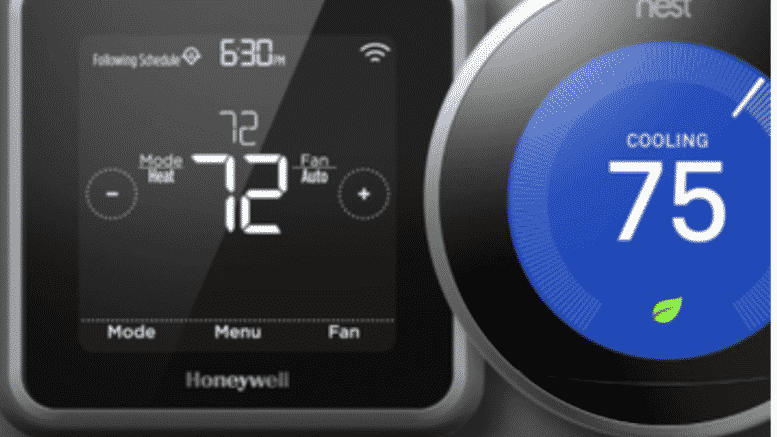 Please Share This Story!
PDF 📄
Smart Grid technology is being used to automatically control smart thermostats (think Nest and Honeywell) in residential homes in Texas. Homeowners were mostly shocked but Technocrats were smiling that electric demand was “balanced” on the backs of citizens.

TN has warned for years that smart grid technology is a prime directive of Technocracy as a way to control energy distribution and consumption. ⁃ TN Editor

Some neighbors in the Houston area said their homes have been much warmer this week, even while they are running their air conditioners.

Many of them claim someone has been turning up the temperature on their thermostats since the energy shortage began.

The Electric Reliability Council of Texas asked Texans to turn up the temperatures on their thermostats this week.

When Deer Park resident Brandon English  got home from work on Wednesday, his house was hot.

“(My wife) had it cranked it down at 2:30,” English said. “It takes a long time for this house to get cool when it gets that hot.”

English’s wife and their daughters decided to take their afternoon nap earlier in the day.

“They’d been asleep long enough that the house had already gotten to 78 degrees,” English said. “So they woke up sweating.”

Without anyone touching it, they said their thermostat was changed while they were sleeping, making their home unbearably hot.

“Was my daughter at the point of overheating?” English said. “She’s 3 months old. They dehydrate very quickly.”

His wife received an alert on her phone soon after that. The family said their thermostat had been changed remotely, raising the temperature of their home during a three-hour “energy saving event.”

The family’s smart thermostat was installed a few years ago as part of a new home security package. Many smart thermostats can be enrolled in a program called “Smart Savers Texas.” It’s operated by a company called EnergyHub.

The agreement states that in exchange for an entry into sweepstakes, electric customers allow them to control their thermostats during periods of high energy demand. EnergyHub’s list of its clients include TXU Energy, CenterPoint and ERCOT.

English said he unenrolled their thermostat as soon as he found out.

“I wouldn’t want anybody else controlling my things for me,” he said.

A scroll through a Houston Reddit board shows English is not alone. Several others said they found out during this week’s heatwave that their thermostats were being accessed, and turned up, remotely.

English said his smart thermostat is convenient but said it’s not worth it.

“If somebody else can manipulate this, I’m not for it,” he said.