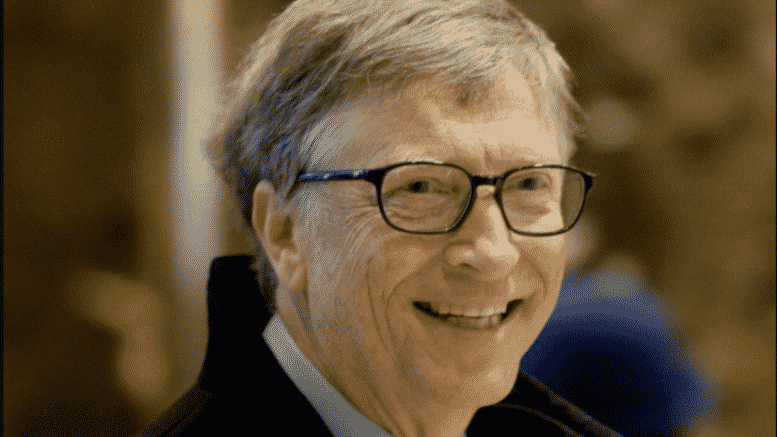 Please Share This Story!
PDF 📄
Bill Gates is a leading figure promoting Technocracy through surveillance technology and population control. He just cannot figure out why people don’t like him or his actions, but that has never stopped him from moving forward with his crackpot schemes. ⁃ TN Editor

Begin preparing now for the appearance of “even more fatal” variants of coronavirus in the future. That’s the advice from billionaire globalist Bill Gates who warned Sunday that international health surveillance driven by increased funding for the World Health Organization (W.H.O.) is one way to forestall pandemic outbreaks.

The Microsoft founder said he did not want to sound “doom and gloom” but warned there was a risk an “even more transmissive and even more fatal” variant could be generated.

He told the Financial Times (FT) in an interview the risk of that happening is “way above five per cent” and would mean the world has yet to see the worst of the pandemic, if his predictions are indeed correct.

Gates cautioned that while the war in Ukraine dominates the international agenda, global leaders should not to lose sight of the health crisis, even as he flies around the world relentlessly lecturing about climate issues.

Bill Gates on Tuesday addressed the criticism he has received for speaking out on global warming while producing a large carbon footprint with the use of flying in private jets. https://t.co/hkwWDGPxld

He called for greater investment to prevent future pandemics. “It seems wild to me that we could fail to look at this tragedy and not, on behalf of the citizens of the world, make these investments,” Gates told the FT.

He acknowledged there were questions over whether an international consensus could be reached to increase funding for W.H.O. at its base in Geneva, Switzerland.

“Begin preparing now for the appearance of “even more fatal” variants of coronavirus in the future. …Bill Gates who warned Sunday that international health surveillance driven by increased funding for the World Health Organization (W.H.O.) is one way to forestall pandemic outbreaks.” TRANSLATION: He’s promising the world that he and his buddies at the WEF/UN criminal cartel intend to continue their attack on humanity until we stop them or get rid of them. And he wants huge sums of money to be taken from the public domain in order to continue his part in the mass murdering. The word ‘tragedy’… Read more »

[…] Bill Gates Calls For Global Surveillance Pact With WHO […]

[…] Bill Gates Calls For Global Surveillance Pact With WHO […]