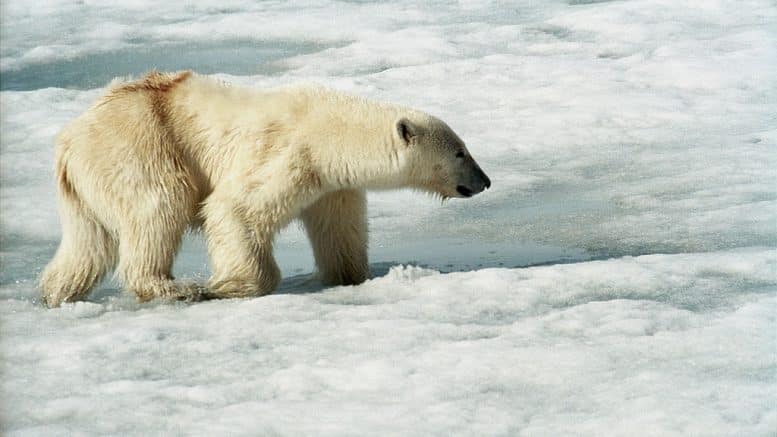 Finally, journalists are getting closer to discovering the specific sources of global warming hysteria, including funding, linkages and associations. Technocrats have cleverly disguised their network to avoid discovery, but those days may be over soon. ⁃ TN Editor

In order to drain the swamp, President Trump must first destroy the Green Blob.

This is the only logical conclusion to be drawn from a series of data leaks and Freedom of Information (FOI) revelations exposing the relationship between left wing campaigners and the great climate change scam.

Global warming, it becomes clear, is primarily a left-wing political issue, not a scientific one. Green is the new red.

These leaks show how rich liberal backers—left-wing institutions like the Rockefeller Foundation, eco hedge-fund billionaires like Tom Steyer, and the various socialistic Geek Emperors of Silicon Valley—are funneling millions of dollars into sock-puppet environmental organizations both to undermine Trump’s economic agenda and to finance his political opponents both in the Democratic Party and the GOP.

This poses as “a bi-partisan coalition of states is committed to the goal of reducing greenhouse gas emissions consistent with the goals of the Paris Agreement.” Or so the website says. But anyone can set up a website.

The truth, as the Competitive Enterprise Institute (CEI) has discovered through Freedom of Information Act (FOIA)-requested email correspondence, is that U.S. Climate Alliance is just a front. Its real purpose is to enable the richly funded green lobby to buy up Democrat governors—and one, token, squishy Republican governor: Gov. Charlie Baker (MA)—by effectively bribing them with free office, research and staffing facilities which they can run off books.

There is nothing actually illegal in any of this. But to appreciate how ethically dubious it is, just consider how the liberal media would respond if the roles were reversed and it were conservative politicians being provided with all these off-books services by, say, the fossil fuel industry.

Chris Horner, who initiated the FOIA for the CEI, put it like this in the Washington Times:

Mr. Horner asked how the media would react if, for example, the Koch brothers provide staffing on behalf of a Republican governor.

“This would unleash a tsunami of Pulitzers and hysteria if the political parties or priorities were changed,” said Mr. Horner. “Here is a real test for ‘good government’ activists—is this all right if the ‘right’ politicians and donors pushing the approved agenda outsource government?”

What the emails show is the intimate relationship between the liberal donors, green sock puppet organizations and Democrat politics.

Energy in Depth Climate reports here on some of the details:

Climate activist groups, most notably Climate Nexus—a sponsored project of the Rockefeller Philanthropy Advisors—act as the press arm for these governors’ offices at no charge. They also operate as a “shadow staff”to support climate change communications efforts, and supplied research later promoted by these state governors as their own. This includes at least one for-profit contractor, raising the question who its actual paying client is.

But the people actually running it are green lobbyists and activists, doing the bidding of their wealthy anonymous donors in liberal strongholds like Silicon Valley, as well as the usual liberal suspects such as the Rockefeller and Hewlett Foundations. One prominent figure is Jeff Nesbit, Executive Director of a green organization called Climate Nexus. In the emails he is revealed in close discussion with Sam Ricketts, director of Jay Inslee’s Washington DC office.

According to the Washington Times:

“How come governors aren’t even listed on the website?” Mr. Ricketts asked in a June 5 email.

Mr. Nesbit replied: “They will be! I promise. It’s controlled by WWF [apparently referring to the World Wildlife Fund]. They’re melting down over there. I’ll make sure the 9 governors are listed ASAP.”

Mr. Nesbit also wore the hat of press secretary, saying he needed to send a joint statement from Mr. Inslee, Mr. Brown and Mr. Cuomo to The New York Times.

“Do you have it? Is it approved? Is Inslee available to talk to the NYT and others today before Trump does his Rose Garden ceremony at the WH?” Mr. Nesbit asked in the June 1 email.

According to Mr. Nesbit, Climate Nexus, a sponsored project of the Rockefeller Philanthropy Advisors, provided its services free of charge and without a contract.

What becomes clear from the emails is the extent of sock puppetry—which the Green Blob uses to give the impression of representing many disparate groups, when in fact they are all just a small group of the same people wearing different hats. There is no shortage of money to support this scam.

Nostradamus said, ‘the red and black they will change to green’.