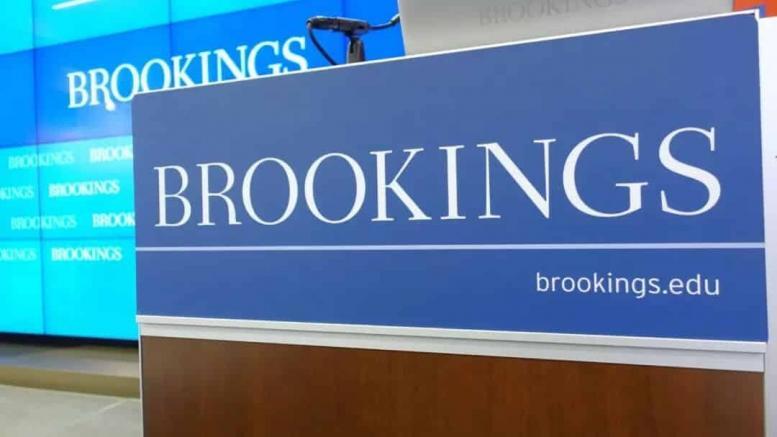 Please Share This Story!
PDF 📄
It will not be the intelligence of men who will run the future world, but rather an artificial intelligence programmed to create a global Scientific Dictatorship. This is the nature and future of Technocracy.

The Brookings Institution is an old-line establishment think-tank closely aligned with the Trilateral Commission that originally conceived the New International Economic Order; today this is known as Sustainable Development, aka Technocracy.

The underlying implication is that there will be a winner in AI that will rule the world. It doesn’t really matter who is controlling it, because the whole world will succumb. ⁃ TN Editor

A couple of years ago, Vladimir Putin warned Russians that the country that led in technologies using artificial intelligence will dominate the globe. He was right to be worried. Russia is now a minor player, and the race seems now to be mainly between the United States and China. But don’t count out the European Union just yet; the EU is still a fifth of the world economy, and it has underappreciated strengths. Technological leadership will require big digital investments, rapid business process innovation, and efficient tax and transfer systems. China appears to have the edge in the first, the U.S. in the second, and Western Europe in the third. One out of three won’t do, and even two out three will not be enough; whoever does all three best will dominate the rest.

We are on the cusp of colossal changes. But you don’t have to take Mr. Putin’s word for it, nor mine. This is what Erik Brynjolfsson, director of the MIT Initiative on the Digital Economy and a serious student of the effects of digital technologies, says:

“This is a moment of choice and opportunity. It could be the best 10 years ahead of us that we have ever had in human history or one of the worst, because we have more power than we have ever had before.”

To understand why this is a special time, we need to know how this wave of technologies is different from the ones that came before and how it is the same. We need to know what these technologies mean for people and businesses. And we need to know what governments can do and what they’ve been doing. With my colleagues Wolfgang Fengler, Kenan Karakülah, and Ravtosh Bal, I have been trying to whittle the research of scholars such as David Autor, Erik Brynjolfsson, and Diego Comin down to its lessons for laymen. This blog utilizes the work to forecast trends during the next decade.

It is useful to think of technical change as having come in four waves since the 1800s, brought about by a sequence of “general purpose technologies” (GPTs). GPTs are best described by economists as “changes that transform both household life and the ways in which firms conduct business.” The four most important GPTs of the last two centuries were the steam engine, electric power, information technology (IT), and artificial intelligence (AI).

All these GPTs inspired complementary innovations and changes in business processes. The robust and most relevant facts about technological progress have to do with its pace, prerequisites, and problems:

It looks like it’s going to be a free for all.